The Iranian lobby, led by the National Iranian American Council, has decided to up its efforts to influence the ongoing U.S. presidential election by directing messages at the campaigns of the front runners.

The reason for this is simple: The NIAC and other Iranian regime supporters want to do whatever they can to ensure that a new incoming administration continue to toe the line in appeasing the mullahs in Tehran and support a deeply flawed nuclear agreement that has allowed the regime to continue its militant ways without serious repercussions.

In an editorial by Tyler Cullis and Ryan Costello, the NIAC laid out a presumptive roadmap for Democratic frontrunner Hillary Clinton on how to “woo back Iranian Americans,” but in reality it should be viewed more as a roadmap to “helping the Iranian regime.”

Cullis and Costello spell out how her rival, Sen. Bernie Sanders, garnered overwhelming support from an internal poll of NIAC supporters – Sanders received 62 percent vs. 19 percent for Clinton – based on a perception he was more anti-war.

“Clearly, Iranian Americans who have gravitated towards Sanders have largely done so for the same reasons as other Sanders supporters – because of a distrust of the Washington establishment, anti-war and anti-interventionist sentiments, disillusion with incrementalist political change and concerns about increased economic injustice,” Cullis and Costello write.

“But Clinton’s approach toward Iran is also a major reason why she lagged behind Sanders among Iranian Americans.”

What is amazing is how the NIAC is attempting to portray support for Sanders principally being driven by foreign policy concerns when almost every poll taken during the primary season has shown his supporters backing his domestic views on the economy, wage inequality and regulation of Wall Street as the energizing factors in his campaign.

The NIAC is taking this position largely because it can read public opinion polls and see how American opinion has shifted on the Iranian regime and the rise of Islamic extremism in the wake of a worsened Syrian situation and almost regular terrorist attacks in Paris and Brussels since the deal.

Cullis and Costello have taken Clinton to task for her previous statements against normalizing relations with the Iranian regime, especially if the regime continued its support for terrorism and regional conflict.

“The dispute reflected the debate eight years ago when Clinton, along with other candidates, attacked Obama for his statement that he would sit down with hostile nations, including Iran, without preconditions,” they write.

“Clinton’s stance toward further Iran negotiations might not ultimately be that different than Sanders, but her attacks on normalization send a worrying signal that engagement would be the exception rather than the rule,” they add.

One cannot help but notice a slight hint of desperation in the NIAC and other Iranian regime supporters as they take a deeper dive into the U.S. presidential campaign as they are faced with the very real possibility of having either a Clinton or Trump administration already publicly committed to opposing Iranian extremism.

The lobby’s efforts also highlight the one significant weakness of the Iran nuclear deal in that it is an executive action by President Obama and can just as easily be undone by a new president. The tenuous nature of the deal providing the mullahs in Tehran with relief from sanctions is worrisome to supporters such as Cullis and Costello.

The fact that the NIAC is upping its game in order to try and shape the public perception of how these candidates should perceive the Iranian regime is – on the surface – pretty pathetic and indicative of how weak its position is.

It also explains why other parts of the Iran lobby are making blatant warnings that failure of the deal will lead to serious consequences; although one finds it hard to believe things could get much worse in the Middle East right now.

One of those making those statements is Seyed Hossein Mousavian, formerly of the regime’s National Security Council who wrote in Huffington Post:

“If the deal collapses, not only would there be no chance for any compromise between Iran and the U.S on any other issue, but Iran would also lose its faith in the Security Council,” he writes in the hyperbole that has become typical of the lobby’s efforts.

“Unfortunately, there are powerful forces in U.S. politics that seek to increase U.S.-Iran enmity and revert Iran and the United States back onto the path to war. These special interest groups are doing everything in their power to destroy the landmark diplomatic agreement and have strong sway over Congress, which is pushing for over a dozen new sanctions against Iran,” he added.

These efforts may end up being futile gestures as the Iranian regime seems intent on proving wrong every promise the Iran lobby makes.

For example Iran’s parliament voted to boost the country’s missile capabilities. Members approved an additional article to the next five-year development plan. The article will see Iran’s missile production grow and anti-missile capabilities enhanced even though the United Nations and U.S. considers such missile development in violation of existing sanctions banning them.

Iranian state-run news also reported that an Iranian woman was reportedly publicly flogged 100 times in the Iranian state of Isfahan for an alleged extramarital affair four years ago. The incident earned condemnation from human rights and Iranian dissident groups and continues to highlight the regime’s disregard for human rights.

No matter what the Iran lobby says about the presidential campaign, it’s almost a given the regime will act to contradict it. 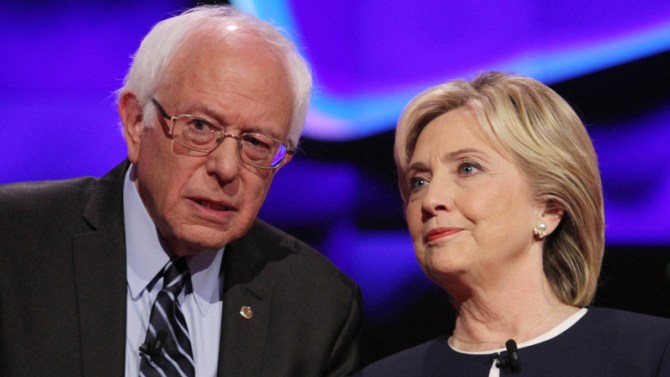