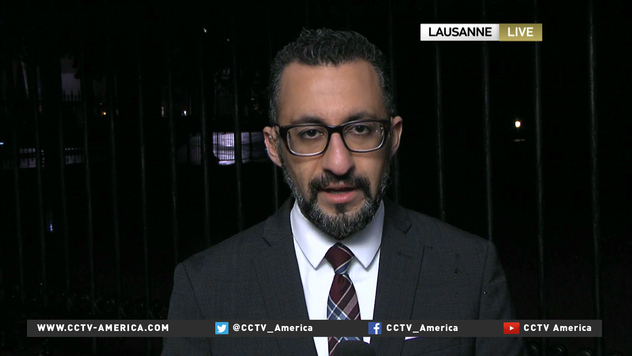 In the long-running battle to combat the falsehoods of the Iran lobby, this site has uncovered the facts behind some of the most ridiculous assertions made by Iranian regime advocates such as the National Iranian American Council.

We’ve unveiled the inner workings of the lobby, its intertwined relationships with families of regime officials and the consistency its messages are aligned with those pushed by the regime.

Since the start of negotiations for the nuclear agreement over two years ago, we’ve documented the multiple falsehoods uttered by the Iran lobby in support of the deal, such as that it would help empower “moderate” elements in Iran’s government and usher in an age of international cooperation and good will.

Of course, none of that has come to pass and we’ve hit the Iran lobby hard on the utter failure of their promises. Iran has become arguably the most destabilizing force in the Middle East right now next to the Islamic State.

While ISIS has time and again spread its terror operations around the world, including most recently in Barcelona, Spain, the real linchpin to regional destabilization has been the Iranian regime and its proxy wars in Syria, Iraq and Yemen.

Most importantly though, Iran has helped fuel the sectarian nature of the conflicts going on, introducing the deep schism dividing Sunni and Shia populations and setting their respective governments against each other.

The mullahs in Tehran have sought to divide and conquer the Arab world and the result has been widespread chaos. Throughout all this, the Iran lobby has steadfastly sought to shift blame to more traditional whipping posts including the U.S., Israel and Saudi Arabia.

It didn’t matter which U.S. administration was in office or which political party controlled Congress; the Iran lobby always found it convenient to shift blame away from Iran no matter what the transgression was such as appalling human rights violations or the deepening wars in neighboring countries.

The arrest of dual-national Iranians? Blame the U.S. policy on immigration.

The execution of Iranians convicted as children with false confessions extracted under torture? Blame the opium trade from neighboring Afghanistan.

The Iran lobby has consistently always shifted blame and never affixed it squarely where it belonged: the mullahs in Tehran.

Now comes one of the more incredibly ridiculous claims made yet by the Iran lobby in the form of an editorial by Reza Marashi of the NIAC in Haaretz, which warned the U.S. from using the North Korean threat as a tie-in to Iran.

“First, conflating Pyongyang and Tehran is troublesome for an obvious reason: One has the bomb, and the other does not,” writes Marashi in one of the more glaring misstatements ever uttered by a member of the Iran lobby.

Iran’s own president, Hassan Rouhani, declared to Iranian lawmakers this week that Iran could walk away from the nuclear deal and restart its nuclear program in a “matter of hours” and bring a weapon to fruition in short order.

The gap between North Korea and Iran’s nuclear capabilities was supposed to be measured in years according to the Iran lobby, but in reality it’s only a matter of hours.

Marashi then goes on to claim that American policies in confronting other rogue regimes with nuclear ambitions such as Libya and Iraq have only motivated the Iranian regime to work harder to build their nuclear program.

Let’s think about that piece of fetid logic for a minute.

Iran only pursues a nuclear program because of American efforts to restrain other rogue regimes to create their own nuclear arsenals? Rarely have we read a more bizarre theory than that one.

But Marashi doesn’t stop there. He tries to tie in the Trump administration’s decision to kill the Transpacific trade deal and pull out of the Paris climate change agreements as motivating factors for Iran not to trust the U.S. on the nuclear deal.

The cherry on top of Marashi’s bloviating is the contention that the North Korea deal was doomed to failure since the U.S. never had any intention of ever allowing the Hermit Kingdom to ever develop a nuclear capability and thus provides an impetus for Iran to believe the U.S. is similarly disingenuous with its deal.

“If Trump corrects course and fully implements Washington’s JCPOA obligations, the risk of Tehran pursuing Pyongyang’s path is slim to none. The longer he continues violating the terms of the deal, the more likely it becomes that Iran resumes systemically advancing the technical aspects of its nuclear program – without the unprecedented, state-of-the-art monitoring and verification regime currently in place,” Marashi added.

These claims by Marashi are not even worth calling an obfuscation. They are clearly falsehoods. Tehran always intended to follow a nuclear pathway and ensured that the nuclear deal would preserve its enrichment infrastructure and allow it to restart quickly without any serious interruption.

Also, the “state-of-the-art monitoring” Marashi cites is neither state of the art, nor is it any meaningful monitoring. The agreement gave away any serious oversight by prohibiting international inspectors from most of Iran’s military bases and allowing collection of soil samples only after extensive scrubbing and removal of topsoil and only by Iranian hands to be handed over to inspectors.

But what is most appalling is how Marashi never mentions the word “missile” which is the most glaring connection between Iran and North Korea and the real reason why the two nations are indeed joined at the hip.

North Korean officials have made regular visits to Iran and vice versa to exchange technical data and now there have been increasing news reports of the potential for Iranian scientists working in North Korea on learning its manufacturing processes for building nuclear warheads for its missiles.

Marashi is not only wrong, he is again engaging in the art of misdirection in trying to divert attention from the real alliance between Iran and North Korea.