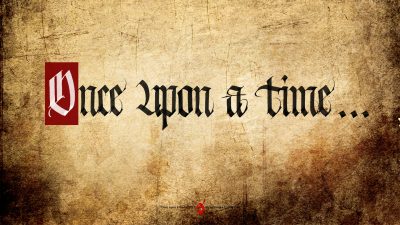 The effort by President Trump to build a new international coalition to confront and contain the Iranian regime got off to a solid start with summits and meetings in Saudi Arabia and Israel. The warm welcome he received from Arab leaders must have unnerved the mullahs in Tehran since the Iran lobby has turned its attention a full-throated defense of the regime.

Trita Parsi of the National Iranian American Council took to authoring an editorial on the NIAC website that attempts to downplay Trump’s efforts.

“A key factor explaining the violence in the Middle East in the past few decades is that the region has lacked a sustainable, indigenous order. The process of establishing an order is by definition disruptive and the Middle East has almost continuously been in this state since the end of the Cold War,” Parsi writes.

“To make matters worse, the temporary equilibriums that briefly provided a resemblance of order were established and sustained by an external power – the United States – rather than by the states of the region themselves. As a result, these temporary periods of stability could only last as long as the external power was willing to sustain the order with its own blood and treasure,” he adds.

Parsi’s logic is perverse since he effectively argues for a process in which Iranian regime institutes order by eradicating everyone else that stands in its path. Of course, Parsi claims that Iran only has the best of intentions for its neighbors, but the track record does not show that as Iran is now embroiled in three wars in Syria, Iraq and Yemen.

Parsi goes on to blame Saudi Arabia for Middle East turmoil all in an effort to isolate Iran, but Parsi never admits to Iranian regime’s own culpability in setting the region ablaze in bloodshed and sectarian violence.

We have seen the profound loss of life after the Obama administration abdicated any role in fixing Syria in favor of the Iranian regime settling issues through barrel bombs and chemical gas attacks.

Parsi’s colleague, Reza Marashi, takes up the cause of whitewashing Iran in his own editorial reiterating the tired old refrain of Hassan Rouhani of being a tried and true moderate, whose real goal is only alleviating the economic malaise gripping Iran.

Unfortunately, no one told Marashi it seems that Iran’s economy will not improve so long as the mullahs continue to siphon billions for their own personal enrichment, as well as ship off more billions to prop up the Assad regime in Syria and pay to support Hezbollah and Houthi rebels in their wars.

Marashi even dubs the newly formed partnership against Iran as an “Axis of Rejection” a nifty piece of word play that reminds us of President George W. Bush’s “Axis of Evil” speech.

It is a claim that is both surreal and fantasy since Rouhani has presided over a massive escalation in wars that Iranian regime is fighting with no discernible pathway to peace other than to kill off Iran’s enemies.

But the NIAC isn’t through trying to support Iran as Ryan Costello weighed in with a press release lauding tweets made by former Secretary of State John Kerry who negotiated the horrific Iran nuclear agreement in the first place opposing proposed Senate legislation to levy new sanctions on the regime.

“Sec. Kerry’s public intervention cautioning against new Iran sanctions legislation should be another wake-up call that this is the wrong bill at the wrong time. Sec. Kerry would not be turning to the microphones unless the bill was an Iran deal-killer and private efforts to remove poison pills had failed,” Cosello writes.

“Lawmakers must ask themselves why they would give President Trump a mandate to undermine the Iran nuclear deal, ratchet up tensions in the region and undermine Iran’s moderates on the heels of their election victory. Tens of millions of Iranians voted in favor of openness and engagement with the outside world while Trump danced with unelected Saudi monarchs and called for Iran’s isolation,” he adds.

The more appropriate question back to Costello would be “why would lawmakers ever think they could trust the Iranian regime anymore after its commitment to waging proxy wars on its neighbors.”

The NIAC wasn’t the only Iran lobby supporter busy propping up the mullahs. Hooman Majd, a former advisor to Mahmoud Ahmadinejad, offered up the fairy tale that Iran had opted for peaceful co-existence with Rouhani’s re-election in a piece for Foreign Policy.

“Iran’s presidential election also proved the adage that the only thing predictable about Iranian politics is its unpredictability. Which, to the consternation of the Washington foreign-policy class, puts Iran experts on the same professional level as astrologers or palm readers,” Majd writes.

Again, Iranian regime supporters like Majd show their silliness when the election outcome in Iran was far from unpredictable. In fact, no incumbent Iranian president has ever lost re-election, not even Ahmadinejad when his re-election had to be rigged with widespread ballot tampering.

Iranian elections are so predictable, they remind us of the old Soviet Union-style elections with 99 percent voter participation and zero percent uncertainty.

The more the Iran lobby tries to prop up the Iranian regime the more it reveals how weak and vulnerable the mullahs have become.