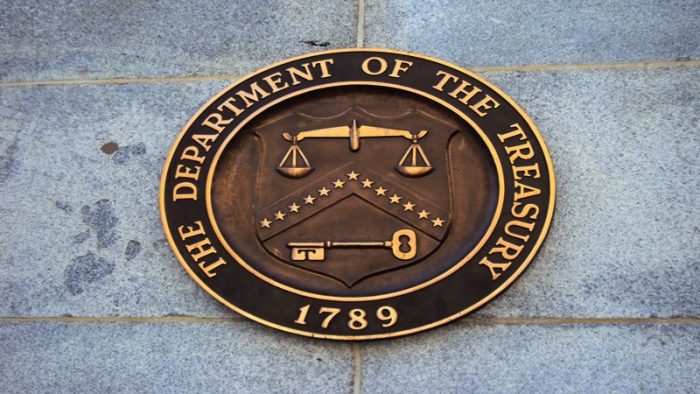 Since talks began with the Iranian regime on a potential nuclear agreement, the Obama administration has redefined generously its interpretations of “sanctions” on the regime to the point where billions of dollars have flowed to Tehran in ways unthinkable just a year ago.

The justification for the broad easing of sanctions has been the mantra that the alternative would be worse for the world; that failure to do so would empower “hardline” elements in Iran to seize the opportunity to take control and force out “moderates” and abandon the deal and start a nuclear arms race.

The administration’s position echoes the positions pushed by the Iran lobby, including prominent supporters such as the National Iranian American Council, which repeatedly claimed that the deal was helping cement support for perceived moderates such as Hassan Rouhani.

In response, the Obama administration has ignored, overlooked and even enabled a long string of accommodations for the Iranian regime that has emboldened the mullahs in Tehran. While no one disputes the intentions of the president in wanting to make a world free from nuclear weapons, we respectfully judge his efforts to have been a monumental waste of time.

The misguided belief by the US that Rouhani is a moderate that needs to be supported and whose re-election should be a priority is dumbfounding given the year of bloodshed caused by Rouhani’s policies including the massive escalation in the Syrian war, severe domestic crackdowns on human rights and the unprecedented executions of almost 3,000 Iranians, including women and children ranking Iran second in the world in state-sanctioned killing.

The latest act of appeasing the regime comes in the form of new guidance from the Treasury Department that effectively lifts the last remaining sanctions on the regime’s access to US currency exchanges.

The New York Post editorial board issued a blistering response to the action:

“The latest betrayal: The Treasury Department just lifted key restrictions on Iran’s ability to do business in US dollars and access world financial markets — breaking Team Obama’s explicit vows as it lobbied Congress not to nix the deal.

“Iran’s banks weren’t even cut off from the US financial system over the nuclear issue — but over Tehran’s funding of terrorism, its regional aggression and so on.

“Which makes another Treasury move even more squalid: It will now also let foreign firms and branches of US firms do business with Iranian groups like the Revolutionary Guard.

“The Guard is the chief conduit for Tehran’s support of terrorism, tied to numerous plots, including one in DC aimed at a Saudi envoy. And it’s also a prime force helping Syria’s Bashar al-Assad massacre civilians in his bloody bid to keep power.”

The guidance offered by the Treasury Department was designed to provide reassurance to foreign banks which have been skittish about conducting business in US dollar transactions with Iran.

According to Reuters, the guidance comes after months of complaints from Tehran, which says that remaining US sanctions have frightened away trade partners and robbed Iran of the benefits it was promised under the nuclear deal it concluded with world powers last year.

The guidelines, issued by the US Treasury Department’s Office of Foreign Assets Control on Friday, clarify that non-U.S. banks can do dollar trades with Iran, provided those transactions don’t pass through financial institutions in the United States.

What is even more incredible was that Michael Mosier, the associate director at the Office of Sanctions Policy & Implementation of Foreign Assets Control, and Christopher Backemeyer, deputy coordinator of Sanctions Policy, both were featured speakers at the NIAC’s Leadership Conference in an appalling act of conflict of interest.

The timing of their appearance before the leading lobbying arm of the Iranian regime shortly before the release of guidelines that effectively encourages and shows foreign banks how to avoid existing US sanctions put in place to stem the flood of cash flowing to terrorist groups such as Hezbollah is mind boggling.

Ironically, in an effort to minimize the impact of the Treasury Department’s guidance, the NIAC quickly issued a press release in an attempt to explain that this was not an evasion of existing sanctions, as well as encouraged the expansion of even more channels to accommodate the regime.

“The administration should take steps consistent with the U.S.’s stated policy that it will not stand in the way of legitimate business involving Iran.  Such measures include licensing U.S. person employees of foreign companies to engage in transactions involving Iran and licensing U.S. persons in general to facilitate transactions between foreign persons and Iran,” read the NIAC’s statement from Tyler Cullis.

Of course, the NIAC neglected to mention that any dual-national Iranian-American that traveled to Iran on business was likely to be arrested and held for ransom or a future prisoner swap.

The guidelines earned a quick rebuke from Congressional critics who warned of dire consequences in allowing the Iranian regime easier access to US dollars.

“The new guidance overturns the long-running understanding that the U.S. dollar cannot be used to facilitate international trade with any Iranian entities, let alone sanctioned entities. And by allowing foreign subsidiaries of U.S. companies to transact business with Iranian entities, the president is ignoring the clear text of a law passed by Congress,” Sen. Tom Cotton (R., Ark.) said on Sunday.