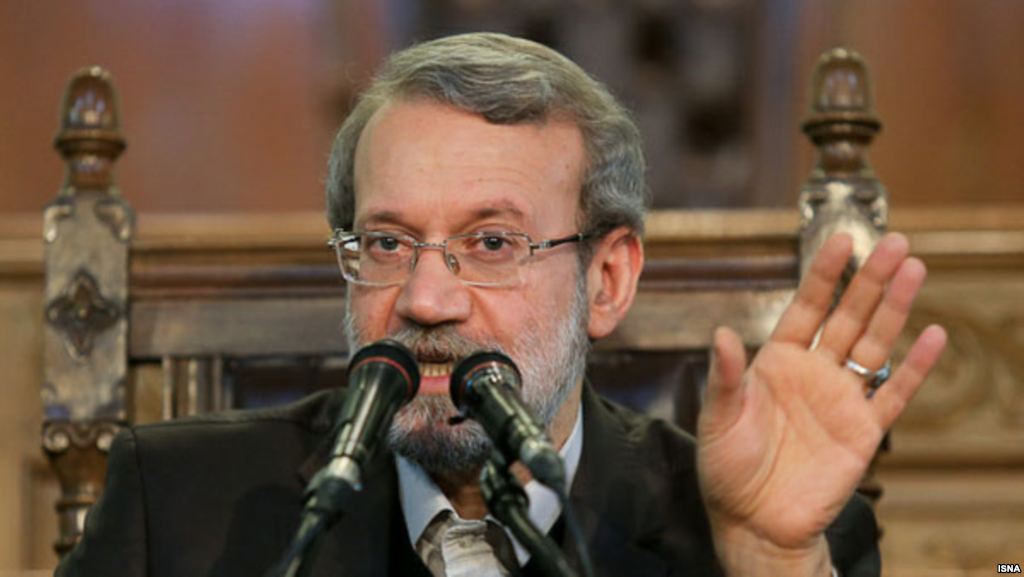 With the recent parliamentary elections in Iran, the regime and its allies are working hard to project the image of a moderate landslide setting the stage for a new era of peace, prosperity and happiness. Somewhere in there are probably also promises that eating ice cream doesn’t make you fat and pots of gold lie at the end of rainbows.

At the center of that spin control exercise stands the National Iranian American Council, the chief lobbyist and public advocate for the mullahs in Tehran, which sent its leaders out to talk to virtually any journalist that would listen to them about how great things turned out in Iran.

“The stunning setback of the hardliners in the elections is precisely why they opposed the Iran nuclear deal,” said Trita Parsi, president of the NIAC. “They knew that if successful, the Rouhani faction would benefit electorally from the significant achievement of resolving the nuclear issue and reducing tensions with United States.”

Parsi’s comments are the key message for regime supporters: that approval of the nuclear deal was the key for the moderate wins. It makes for a nice fiction, but it is also as blatantly wrong.

First, Parsi’s contention of a moderate win is beguilingly false since he ignores the months-long vetting process in which the handpicked members of the Guardian Council bounced over half of the 12,000 candidates that submitted for approval to appear on the ballot. Those that survived were largely approved based on their allegiance to the Supreme leader of the mullahs and adherence to the supporting the policies of the ruling mullahs, backed by the Revolutionary Guard.

Anyone who deviated from those goals was arrested and thrown in jail during a massive crackdown across Iran that saw journalists, dissidents and potential opposition politicians rounded up. Of course, Parsi and his colleagues did not utter a word of protest during these arrests.

In another quote given in an editorial in the Washington Post, Parsi added that hardliners “knew that if successful, the Rouhani faction would benefit electorally from the significant achievement of resolving the nuclear issue and reducing tensions with United States. These benefits would not just be limited to the parliamentary elections, but could establish a new balance of power in Iran’s internal politics with significant long-term repercussions.”

It’s the second falsehood Parsi preaches in claiming there are indeed factions splitting the Iranian regime, including a bloc of moderates aligned with Hassan Rouhani.

Where Parsi is wrong is his claim that the differences separating these so-called “faction” are political, when they are in fact more about power and greed.

The Iranian regime ranks as one of the most corrupt economies in the world with the Revolutionary Guard and the families of the mullahs running the regime deeply involved and controlling of virtually all the major industries in Iran, including petroleum, aviation, telecommunications, mining, shipping and manufacturing.

With the cash infusion of $100 billion in hard currency being made available, the mullahs and military are loathe to give up control of those assets, or the billions in foreign investment that will flow as a result of the nuclear deal. The fight over parliamentary seats is less about opening up Iranian society and broadening human rights and more about securing enough seats to control how that spoils of the nuclear deal get divided up.

The mullahs have long made clear their political strategy in crafting a regime modeled after China in which the economy is liberalized while maintaining tight political control over the people. In that manner, the parliamentary elections and claims of moderation by the Iran lobby make perfect sense. As Parsi and others proclaim moderation, the government is still left firmly in the hands of those intent on enriching themselves and not improving the lot of the Iranian people.

The deception by Parsi does go to some absurd lengths as he claims in an interview on The Real News that Ali Larijani, the current head of the parliament and overseer of the judiciary, is actually in favor of moderate policies.

“Ali Larijani, who is the current head of the parliament, is a conservative. And he’s been a conservative for a very long time, belongs to a very conservative and well-established family. But he has aligned himself with Rouhani most of the time on most issues. And he’s not considered right now to be in the anti-Rouhani camp,” Parsi claims.

It’s a silly claim when you consider that the regime’s judicial and police functions are firmly in control of hardliners that enforced the vetting process in the first place and removed all the opponents to Rouhani’s slate of “moderate” allies. This is also the same judiciary that has consistently imprisoned Americans, Christians and sentences children to death, and most recently snatched up Parsi’s friend and ally, Siamak Namazi, and threw him in prison without legal representation or charge.

The last false argument being put forth by the Iran lobby is the contention that real change is possible down the road with the possibility of a new supreme leader being elected following the inevitable death of the 76-year old Ali Khamenei.

“In the short term the parliamentary elections will impact Iran’s economic policies. But for the long term, this assembly could elect the next supreme leader, which has greater long-term implications for Iran and its people,” said Reza Marashi, also of the NIAC.

It is laughable to think there will be any real possibility of installing a new top mullah that would deviate from the path the Islamic revolution has taken, or loosen the control the mullahs and Revolutionary Guard have over the country. For Marashi to think there would be any change over a long, incremental pathway ignores the abject suffering and brutality being meted out against the Iranian people every day.

When the Rouhani regime has overseen a record number of executions, far exceeding the high water mark set by Mahmoud Ahmadinejad, the idea of a loosening of the regime is merely a smokescreen.

Already Rouhani has seen fit to keep the vast majority of the billions in released funds in overseas accounts to help pay for the new military hardware Iran is busy buying from Russia and soon China. The Iranian people are unlikely to see any of it and ultimately their hopes for an improving economy will remain only an unfilled dream so long as the mullahs are in Power.