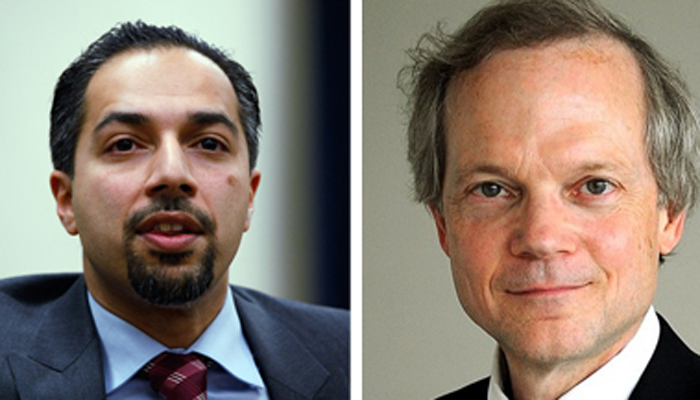 One of the more extraordinary leaps of logic being propagated by the Iran lobby is that a completed nuclear agreement between the Iran regime and the P5+1 group of nations would help stabilize the Middle East and allow the U.S. to refocus and rebalance on more urgent matters. This flight of fancy was espoused by Mark Fitzpatrick, the director of the Non-Proliferation and Disarmament Program at the International Institute for Strategic Studies (IISS), and Trita Parsi, president of the regime’s chief cheerleading squad at the National Iranian American Council.

The claim being made by the two was that the U.S. could work with Iran’s mullahs on issues such as anti-narcotics trafficking, poverty alleviation, female empowerment and halting the spread of the Islamic State.

Now let’s think about that for a moment. They are contending that a regime with some of the highest narcotics addiction rates in the world and one of the largest traffickers in illicit drugs is somehow going to be a force for change in drugs?

They are contending that a regime with an economy in the tank due to the funding of three proxy wars Syria, Iraq and Yemen and terror groups such as Hezbollah and Shiite militias is somehow going to fight poverty? Especially when it ranks as one of the most corrupt places to do business with regime elites and mullahs’ families skimming off the top everywhere?

They are contending that a regime that empowers the Basij paramilitary to enforce strict adherence to Sharia laws such as prohibitions on women driving alone or holding hands in public by beating them and throwing acid on their faces is best equipped to empower women? Let’s not forget recent passage of laws allowing for child marriages as young as 14 years old and misogynist policies such as allowing fathers to marry their stepdaughters.

And they are contending that Iran can halt the spread of ISIS when it was its own policies that gave birth to ISIS by intervening in Syria and pouring billions of dollars in arms and fighters to prop up Assad and allow Syrian forces to drive out moderate rebel forces and encourage the rapid rise of extremist terror groups to form ISIS.

One would have to be a dolt to think these two have come up with a magic elixir to solve all the problems of the Middle East by granting Iran a deal enriching it with billions of dollars while allowing it to continue development of nuclear weapons without inspection of its military sites.

Iran’s chief rival, Saudi Arabia, has already taken dramatic steps to counter Iranian moves by securing a nuclear development deal of its own with South Korea and an air campaign aimed at defeating Iranian-backed Houthi rebels in Yemen.

How does any of this provide a sense of stability and security in the Middle East when Iran’s actions lie at the heart of some of the greatest human misery and suffering now being felt on the planet today?

Let’s not even mention Iran’s abhorrent human rights record which has been widely and loudly condemned by Amnesty International and the UN Special Rapporteur Ahmed Shaheed, who is mandated by the UN Human Rights Council to monitor and report on the situation in Iran.

It’s a farcical proposition by Parsi and Fitzpatrick, but nothing new with only two weeks left before the self-imposed June 30th deadline for a nuclear agreement as they step up the Iran lobby’s efforts to sell even the most threadbare of Persian carpet ideas.