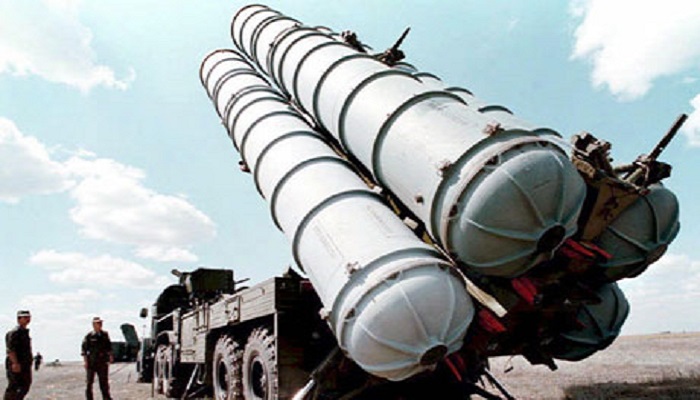 One of the more interesting results from the proposed nuclear deal between the P5+1 group of nations and the Iran regime has been the almost frantic efforts of the supporters of the deal to reassure Iran’s frightened neighbors. That effort, highlighted in a Wall Street Journal story by Carol Lee and Gordon Lubold includes efforts to arm Arab states.

“The U.S. is specifically looking at ways to expedite arms transfers to Arab states in the Persian Gulf and is accelerating plans for them to develop an integrated regional ballistic missile defense capability, a senior administration official said.”

“One of the administration’s top challenges is to counter backlash over a provision in the nuclear pact that would lift United Nations embargoes on arms and ballistic missile technologies to Iran, in five and eight years,” Lee and Lubold said.

It is an absurd turn of events whereby we are now proposing to beef up the defenses of Iran’s neighbors in response to the very real and legitimate fear they have over the mullahs empowerment through the lifting of sanctions granting Tehran access to billions of dollars and new weapons, including ballistic missiles placing all of their countries within striking distance.

As Brett Stephens writes in his column in the Wall Street Journal:

“Let’s follow this logic. If the Iran deal is as fail-safe as President Obama claims, why not prove it by giving the Saudis exactly the same nuclear rights that Iran is now to enjoy? Why race to prevent an ally from developing a capability we have just ceded to an enemy? What’s the point of providing the Saudis with defense capabilities they presumably don’t need?”

Stephens also pointed out that “on Thursday, Moscow confirmed that it will proceed with the sale to Iran of its state-of-the-art S-300 surface-to-air missile system, notwithstanding the deal’s supposed five-year arms embargo on Iran and over no objections from the White House. The sale means that a future president ordering airstrikes against Iran would do so against an adversary that can shoot American planes out of the skies. That’s also not true today.”

So even though the concept of this nuclear deal is to make the region a safer place, in reality it has sparked a new arms race and threatens to engulf the Middle East into another spiral of violence, but with upgraded weapons this time.

“Let it be entered into the record that the United States government has agreed to release monies that it believes will be used to fund Iran’s terrorist proxies. It has done so on the intriguing rationale that, in order to prevent the Middle East from becoming a very dangerous place in the future, it is necessary to allow it to become a very dangerous place now. To adapt a phrase, the administration believes that it has to destroy a region in order to save it,” Stephens adds.

This arms race scenario was recognized in a Chicago Tribune editorial which said on Monday:

“The most troubling weaknesses are outside the realm of the nuclear program. A 2010 U.N. Security Council arms embargo on Iran will eventually be lifted. That embargo covers a vast range of military equipment, from tanks and artillery to ballistic missiles. Under the new deal, the conventional arms embargo lifts in five years, the ballistic missile ban in eight years. Russia and China — major arms exporters that want to do business with Iran — pushed for this provision.”

Adding that “Tehran will eventually have freedom to traffic in arms as it stands to reap more than $100 billion once sanctions ease. Iran’s enemies in the region have reason to worry. Mullahs in Iran support terror groups across the Middle East. Tehran will again be part of the international banking system and able to sell its oil on the open market.”

Those sentiments were expanded on in an editorial by Eric Terzuolo, a former U.S. Foreign Service Officer, who wrote in the Washington Post warning not to trust the regime:

“We should not delude ourselves into thinking that Iran’s efforts to counter the Islamic State reflect anything except distinctly Iranian geopolitical interests. Iran’s proxy Hezbollah is thriving as the arbiter of Lebanese politics, and Iran and Hezbollah have collaborated in supporting the residues of the heinous Assad regime in Syria…Post reporter Jason Rezaian is only the latest in a series of U.S. citizens to suffer arbitrary treatment at the hands of Iranian authorities.”

Taking it one step further, Bloomberg View columnist Stephen L. Carter examined all 159 pages of the agreement and found it builds in simple mechanisms for the Iran regime to cheat without any consequences.

“The trouble is that the West, in its focus on creating a mechanism for the snap-back of sanctions, has left itself without any other, lesser weapons. As several analysts have pointed out, there is the option to re-impose full UN sanctions … and nothing else. Remember that the parties, including the U.S., have undertaken not to enact any additional nuclear sanctions except through the process set forth in the agreement — that is, going through the Joint Commission and the Security Council,” Carter writes. “There is no way to impose small, measured sanctions for small, measured violations. This is what I mean when I say that room for cheating is built into the structure of the agreement.”

Clearly the consequences of such a deal are now quickly rippling out across the Middle East and spawning potentially devastating repercussions for everyone involved.