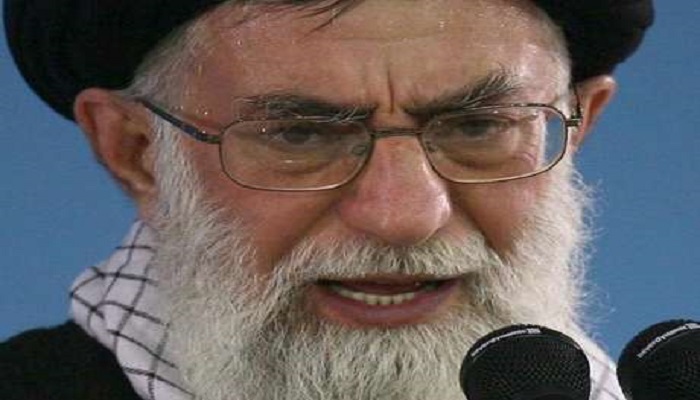 Pity the supporters and cheerleaders of the Iran regime such as Trita Parsi of the National Iranian American Council. They have all but shouted themselves blue to the highest mountains that Iran’s mullahs were indeed ready for a sea change in their relationship with the world. They argued that Hassan Rouhani was a new kind of moderate Iranian politician. They urged President Obama to embrace dialogue as the surest path to peace.

Those claims have been undone in large part through Iran’s own actions including the overthrow of the Yemen government, provocative acts in international waters, the decision to move forward with spy trials of American journalists and the continued crackdown at home including stepped up public executions and packing its prisons like sardine cans.

But out of the mouth of the regime’s top leader, Ali Khamenei, comes the most damaging statements to the credibility of the Iran lobbying allies.

In a speech at the Imam Hussein Military University in Tehran yesterday, Khamenei again denounced what he said were escalating demands by the P5+1 negotiating group and flatly declared any interviews of Iranian nuclear scientists by international inspectors to be completely off the table, as well as not allowing inspections of any of Iran’s military sites.

This follows similar statements he made last summer when Khamenei vowed to greatly expand Iran’s uranium enrichment capacity, scaling up to industrial size with 190,000 centrifuges, 10 times the number currently installed.

Not surprisingly, the regime still has not responded to a dozen questions from the International Atomic Energy Agency on the scope and scale of the possible military dimensions of its current nuclear program, leading to the agency’s head declaring serious doubt about Iran’s ability to live up to any agreement.

“Central to that is the ability to interview nuclear scientists, starting with Mohsen Fakhrizadeh, the man considered by Western intelligence officials to be the closest thing Iran has to J. Robert Oppenheimer, who guided the Manhattan Project to develop the world’s first nuclear weapon,” the Times said.

“The scientists and engineers Fakhrizadeh has assembled over the past 15 years are best suited to explain, or rebut, documents suggesting that Iran has extensively researched warheads, nuclear ignition systems and related technologies. Fakhrizadeh has never been made available to inspectors for interviews, and his network of laboratories, some on university campuses, have not been part of inspections,” added the Times.

Even more surprising were statements made by France’s foreign minister, Laurent Fabius, who unveiled details about the current state of nuclear talks in advance of the June 30 deadline currently taking place in Switzerland, where the Iran regime demanded a 24-day period before international inspectors could visit any of its nuclear sites in the event of a suspected violation.

It is absurd that Iran regime could get over three weeks to cover up or clean out any suspected violation before allowing any inspectors in. It makes a mockery of the P5+1 promise of “anytime, anywhere” inspections as part of the framework agreement previously announced.

Unsurprisingly, Trita Parsi and the rest of the Iran lobby have been as silent as fence posts during all this, probably realizing any comments they make in the face of such explicit statements from the one man in the regime in Iran who has the final say over an agreement would be worthless.