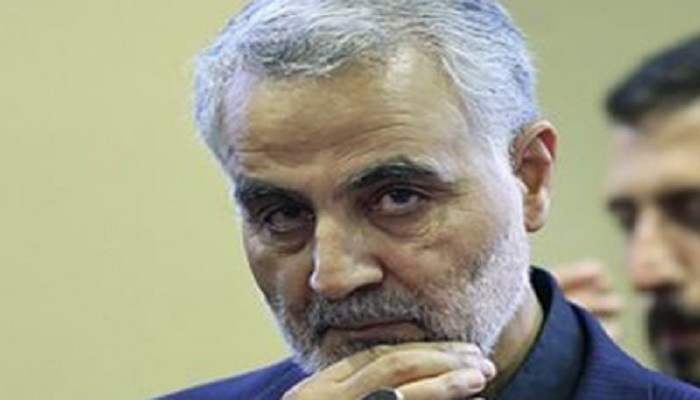 Iran Regime Already Acting As If Sanctions Are Over

The unavoidable and unmistakable consequence of the proposed agreement with the Iran regime over its nuclear weapons program is that various national and business interests view it as a green light to begin acting as if all sanctions levied against the Iranian regime were being lifted right away.

For its part, the mullahs in Tehran have warmly and gladly embraced that concept and are moving quickly to deepen the economic relationships Iran has with the outside world in order to create sizable economic returns regardless of what Congress does in approving or disapproving the deal.

This has been seen in the veritable parade of business middlemen, potential investors, corporate representatives and government officials that have flooded into Tehran like a sudden rainstorm, including trips by high ranking officials such as European Union foreign policy chief Federica Mogherini even though during all trips, the Iran regime acted as business as usual in publicly hanging several political prisoners and dissidents.

None of the ministers visiting Iran uttered any public protest in a sign that only bolsters and appeases the mullahs.

Even though the 159-page agreement allegedly maintains sanctions until the regime demonstrates its commitment to reducing its nuclear infrastructure, it has already moved aggressively to reap the benefits in terms of its conventional military power.

Qassem Soleilmani, the head of Iran’s Quds Force recently flew to Moscow to discuss arms purchases even though he still remains under a United Nations travel ban for his role in helping launch Iran’s nuclear program as well as directing and supplying the bulk of terror operations allied with the regime such as Hezbollah.

“I can’t confirm these specific reports but it is an indication of our ongoing concerns with Iran and their behavior,” White House press secretary Josh Earnest told reporters Friday at the daily press briefing in what may be one of the greatest understatements of the year.

Soleimani has been blamed in the deaths of some 500 Americans in Iraq through militias trained and armed by his forces in the use of dreaded improvised explosive devices (IEDs). Soleimani was also seen on the front lines in Iraq helping coordinate the growth of Shiite militias battling ISIS in defiance of the travel ban.

But the Quds Force is only the tip of the iceberg for the regime since the Revolutionary Guards Corps is set to reap the biggest economic windfalls since much of the Iranian economy and its largest companies and industries are under the direct control or ownership of the IRGC and its leaders.

In all, about 90 current and former IRGC officials, entities such as the IRGC itself, and firms that conducted transactions for the Guards will be taken off nuclear sanctions lists by either the United States, EU or United Nations, according to a Reuters tally based on annexes to the text of the nuclear deal.

A handful will see EU sanctions removed once the nuclear deal is enacted on “Implementation Day” expected within the next year. Others such as Bank Saderat Iran (BSI), accused by Washington of transferring money to groups it deems “terrorist,” such as Hezbollah, will have EU sanctions lifted in eight years; and that’s being hopeful.

Now, the Guards will be able to lever their dominance in Iran’s economy to serve as a conduit for the new business flowing into Iran, and will likely demand joint ventures, shared profits, and other benefits from ompanies seeking to access Iran’s lucrative markets,  said Mark Dubowitz, executive director of the Foundation for Defense of Democracies.

On top of which reports are now coming out that Iran is busy sanitizing suspected nuclear sites such as Parchin in anticipation of being inspected and given a clean bill of health.

None of which should reassure anyone about the nuclear agreement’s ability to stop anything the mullahs wanted to do anyway. It does raise the most obvious question of why supporters of the deal continue to support it light of the regime’s clear and unambiguous intentions to continue pursuing policies fomenting sectarian violence, terror and civil war throughout the Middle East?

The regime’s motives and actions are on display for everyone to see and they tell an unmistakable and terrifying story.