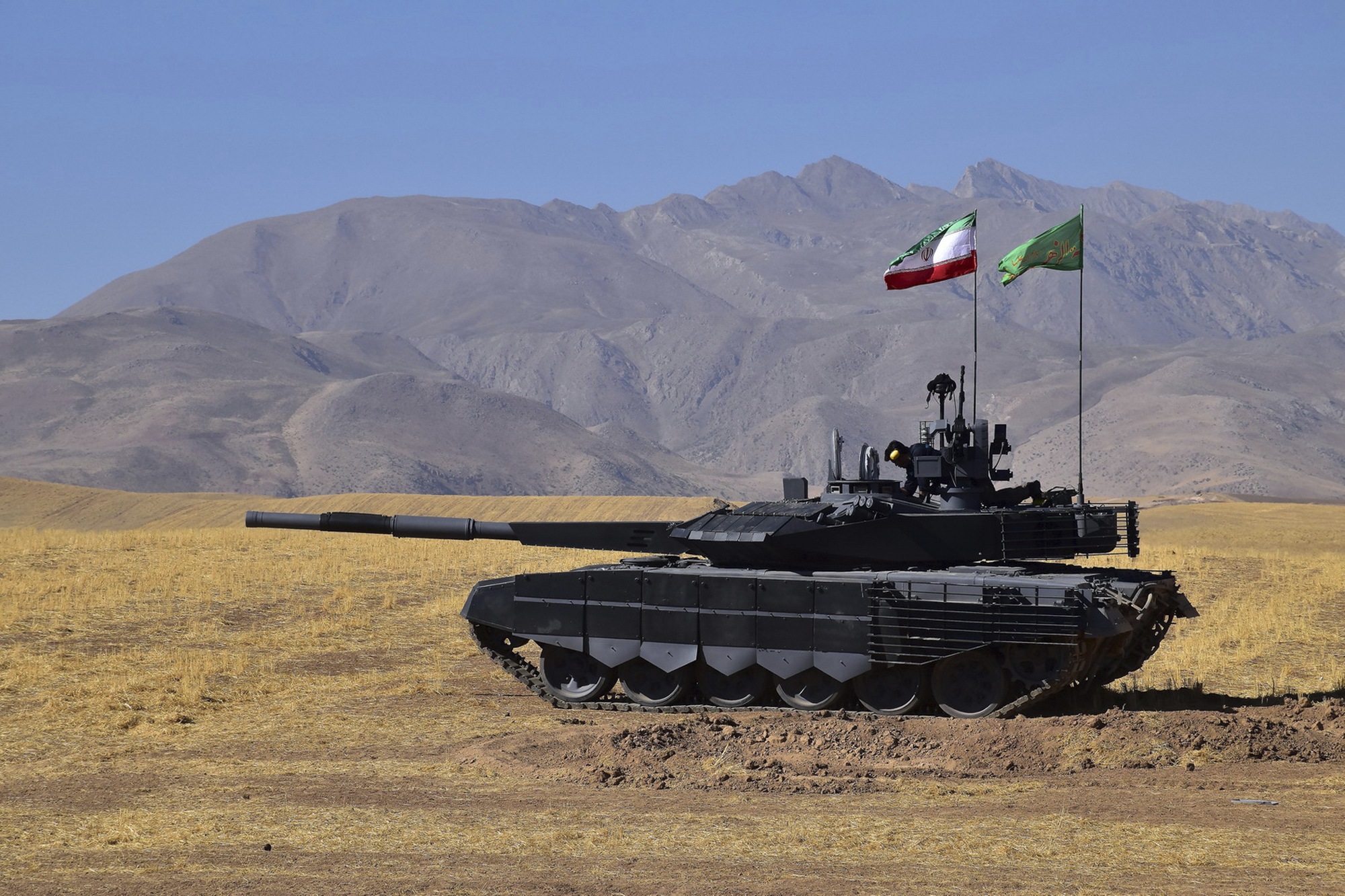 This picture released by the official website of the Iranian Defense Ministry on Sunday, March 12, 2017, shows domestically manufactured tank called “Karrar” in an undisclosed location in Iran. Iran’s semi-official Fars news agency is reporting that the country has unveiled a domestically manufactured tank and has launched a mass-production line. (Iranian Defense Ministry via AP)

The Iran lobby has consistently pushed a message that the Iranian regime was always interested in pursuing a pathway towards moderation and only needed the cooperation of the U.S. and its allies in empowering “moderate” elements in the government to take control and nudge the religious theocracy back to center.

The truth has been far bleaker and starker and nowhere has that been more obvious than in Iran’s constant efforts to build out its military capabilities and size of forces. Already possessing one of the largest standing armies in the world, the Iranian regime has been on a buying and building binge lately to expand its military using billions in new cash garnered from the lifting of sanctions under the nuclear agreement.

Iran has used its newfound wealth to buy advanced missile systems from Russia, along with sophisticated radar and communications equipment, as well as licenses to mass produce arms such as guns, rockets, missiles, drones and in its latest unveiling, a new main battle tank.

Tehran formally announced it will begin mass producing its domestically built main battle tank during a ceremony attended by the country’s defense leadership, according to Russia Today.

The tank has been compared to Russia’s T-90MS, the latest variant in the Kremlin’s T-90 series.

Russia’s Uralvagonzavod production corporation announced it was ready to export the new variant to foreign customers during the IDEX 2017 trade show in late February.

The T-90MS is able to conduct self-testing and self-diagnostics on the field, and is designed to integrate with foreign components including communication systems and air-cooling units.

The introduction of a new advanced tank system paves the way for a major upgrade to the Iranian Revolutionary Guard Corps and an imposing threat to its neighbors, which have already been under near constant assault from Iranian-backed proxies in Yemen, Iraq, Afghanistan, Lebanon and Syria.

“Russia has been keen to sell Iran military equipment and technology since the sanctions were lifted on the Islamic theocracy and the billions started flowing from the Obama administration. In fact, you could say that President Obama was the best thing that ever happened to the Russian armament industry. You could also say Hezbollah, the Iranian terror army in Lebanon and Syria, feels the same about Mr. Obama, as they were surely the recipient of all those pallets of billions in cash, but that’s another story,” he writes.

“The Iranian armor capability was severely degraded during the Iran-Iraq War and the real Shia Islamic state never had the money to change that reality. After the dollars started flowing, thanks to Valerie Jarrett and Ben Rhodes, Iran made noise about wanting to license the Russian T-90 tank technology and build the war machines ‘in-country,’” Wood added.

In addition to the upgrade in armor, the National Council of Resistance of Iran, a coalition of Iranian dissident and human rights groups, released information about claims made by a IRGC commander detailing the construction of several arms factories throughout Lebanon and handed over to Hezbollah three months ago.

These factories are able to build various types of missiles with ranges of over 500 kilometers. This includes surface-to-surface, surface-to-sea, and torpedoes designed to be launched from light and fast-attack boats. Armed drones, anti-tank missiles and fast armored boats are also built in these factories.

The weapons produced in these factories have been successfully tested in Syria, this IRGC commander added. These factories were handed over to Hezbollah experts through a step-by step process.

Anti-tank weapons built by these factories have been used time and again in Syria.

These sites, spread across the country in unknown locations, are located more than 50 meters below ground level and protected by numerous layers of armored cement to prevent Israeli fighter jets from destroying them, sources say.

Each factory produces a particular part of the missiles and weaponry, and they are assembled at yet another unknown site, according to a report published Saturday in the al-Jarida daily.

All of this military build-up is also being put on display in an aggressive fashion by the regime as detailed by Dr. Majid Rafizadeh in a piece in Huffington Post.

“It has become an alarming and dangerous pattern; a pattern of provocative actions initiated by Iran against many nations in the region, the U.K., the U.S. and its allies,” he writes.

“Just in the last week, several of these provocative operations unfolded. On March 4 U.S. officials pointed out that several of Iran’s assault crafts came dangerously close to the USNS, within 150 meters. A similar incident occurred two days earlier, on March 2 as well,” he added.

These swift-moving assault vessels operate under Iran’s Revolutionary Guard Corps (IRGC), which has been empowered and emboldened by the continuing relief of sanctions as well as the lack of a robust reaction against Iran from the international community.

These incidents clearly highlight the fact that Iran is attempting to showcase its military power and regional preeminence to the United States. Some of Iran’s Persian-language newspapers boasted about Tehran’s military capacity to counter the U.S. navy and dominate the Strait of Hormuz, an area that roughly a third of all oil traded by sea must pass through. Iran has frequently exploited the strategic location of the Strait of Hormuz by threatening to shut it down or conducting military exercises meant to intimidate, Rafizadeh points out.

As Iran puts its military might on display, it is clear that the mullahs in Tehran are not preparing for moderation, but a showdown.