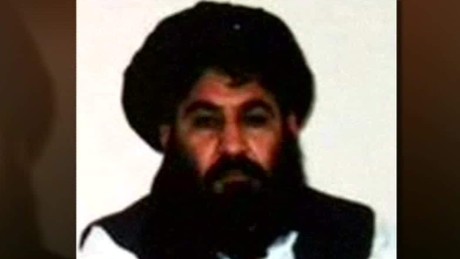 Recent revelations of the fraudulent nature of the debate about the Iran nuclear deal have forced news media outlets to rethink coverage of the Iranian regime and members of Congress from both sides of the political aisle to crackdown on ever rising acts of extremism coming from Iran.

Conventional wisdom would dictate that once the Iran lobby’s efforts to buy favorable media coverage, push false messages about moderation in Iran and hopeful scenarios of a more stable Middle East, were discovered that the lobby and mullahs in Tehran would retreat to preserve their ill-gotten gains.

Instead, the opposite has happened as the Iranian regime has widened the conflict in neighboring countries, cracked down at dissent at home, and is seeking to forge more military sales to bolster its weakened military.

The regime’s top leader, Ali Khamenei, has spent considerable television time reiterating the policy of opposing the West, warning of infiltration and corruption of its clerical tyranny through American pop culture and social media, and maintained the need to keep up a “resistance economy” to meet the demands for continued proxy wars in Syria, Iraq and Yemen, as major parts of countries resources are spent on these wars.

Khamenei expanded on that militancy by calling for vigilance against what he described as a “soft war” mounted by the West and aimed at weakening the clerical establishment, state television reported on Thursday.

“Our officials and all parts of the establishment should be vigilant about the West’s continued soft war against Iran…the enemies want to weaken the system from inside,” Khamenei said.

In a meeting with members of the Assembly of Experts, with authority to appoint and dismiss the supreme Leader, Khamenei told Iranian officials:

“By impairing centers of powers in Iran, it will be easy to harm the establishment from inside.”

The 88-member assembly, consisting mostly of elderly clerics, is expected to choose any successor to Khamenei, who has the final say on all state matters.

“The only way to materialize the (1979) revolution’s goals is national unity and not to obey the enemy,” he said.

The fact that Khamenei continues to describe the U.S. as the “enemy” demonstrates clearly his views on the relationship between the two countries and undermines the narrative put forward by groups such as the National Iranian American Council of an improvement in relations with Iran.

That desire to continue ruling Iran with an iron fist has led to such a widespread crackdown on human rights that the only avenues of informal protest left to ordinary Iranians are becoming few and far between as the regime deploys new morality police squads and arrests women, journalists, artists, bloggers and pretty much anyone else expressing a divergent opinion.

For example, last Saturday, the Independent reported how a number of women living in Iran chose to cut their hair short and dress as men in a bid to bypass morality police and evade hijabs which are a legal requirement in all public places and strictly enforced, often with public beatings.

But in recent weeks, women have started sharing photos of themselves with their hair short in some images and dressed in clothes more typically associated with men in others, which campaigns against compulsory hijab, in order to move freely in public.

Enforced hijab is just one of a number of laws in Iran which discriminate against women, who need permission from male relatives to study after marrying and leave the country in some cases. Single mothers are left equally disempowered as Iranian law gives all legal rights to the father after children turn seven.

On the foreign policy front, new revelations came out in the wake of the death of mullah Akhtar Mohammad Mansour, the Taliban leader who was recently killed in a U.S. drone strike along the Iran-Afghanistan border, showing he had several trips to Iran as part of efforts to raise funds for the terrorist organization.

Mansour’s death is a major blow to Pakistan and possibly also Iran, which may have forged links with the Taliban to spread extremism in the region, according to Waheed Muzhda, a former Foreign Ministry official in the Taliban regime who is now a political analyst in Kabul.

“Iran may also have been behind the curtain to stab the U.S. in the back using Taliban militants.” Muzhda said.

Although it is Pakistan that has traditionally been condemned for secretly supporting Afghan insurgents, analysts say Iranian regime also provides weapons, cash and sanctuary to the Taliban. Despite the deep ideological antipathy between a hardline Sunni group and cleric-run Shia state the two sides have proved themselves quite willing to cooperate where necessary against mutual enemies and in the pursuit of shared interests.

Mansoor first entered Iran almost two months ago, according to immigration stamps in a Pakistani passport found in a bag near the wreckage of the taxi he was travelling in when he was killed by a US drone strike.

The potential of close coordination between the Taliban and the Iranian regime would offer more proof of the regime’s chief role in supporting virtually all of the major Middle Eastern terrorist groups such as Hezbollah, Houthis, Shiite militias and now the Taliban.

Nonetheless police and intelligence officials in western Afghanistan often complain the local insurgency is being managed and supplied with weapons and training from Iran.

We can only hope more truth emerges from the wreckage of the Iran nuclear deal’s “echo chamber” revelations.