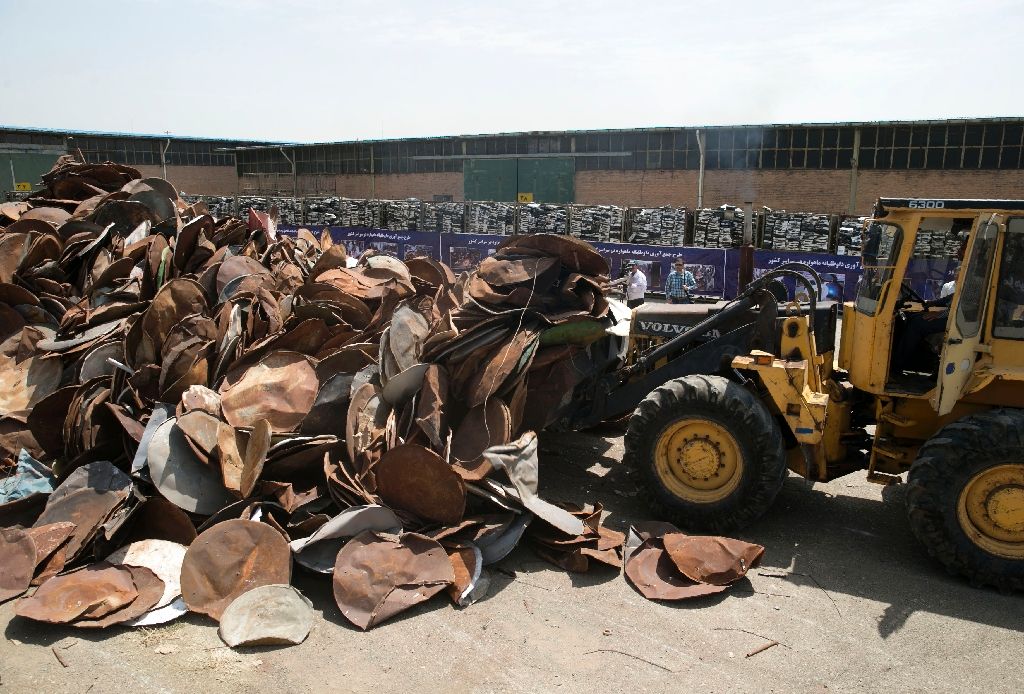 The Iranian regime has always followed a simple rule when it comes to the freedom of its own people: Never let the Iranian people have too much freedom.

Nothing personifies that rule than in the complete control the regime has tried to maintain over the nation’s communications. The mullahs know that allowing Iranians free and unfettered access to the internet, social media and video services makes their rule incredibly vulnerable to scrutiny.

If ordinary Iranians could share with the outside world what was going on inside the regime, the world would see the brutality and ruthlessness of the mullahs and the maltreatment of Iranian women.

If ordinary Iranians had access to the internet, they could see the news unfiltered from around the world. They would see the proxy wars the regime has started in Syria, Iraq and Yemen. They would see young Iranians being sent to die on behalf of the mullahs to save a brutal regime in Syria that has resulted in the deaths of over 600,000 people and driven another four million into refugee status.

The mullahs have sought every advantage to keep the internet bottled up, including installing Iran’s version of China’s great wall to block unwanted sites, filter all internet traffic and monitor the online activities of all Iranians.

It has regularly tracked down and arrested bloggers who have posted controversial topics and it has yanked the myriad of satellite dishes that dot the rooftops of Iranian homes throughout the country. It has sought Iranians who have posted on banned social networks such as Instagram, Facebook, Twitter, Snapchat and others; even though it allows regime leaders to have their own social accounts to post propaganda.

Even with all these restrictions, Iranians have used their education, intellect and ingenuity in skirting around the mullahs’ walls. They have used routers to work around blockades. They have used illegally made mobile apps to install hacks and work arounds on certain IP addresses.

This underground access has helped Iranians, including those sympathetic with the organized Iranian resistance movement to smuggle out photos, videos and other information about what is really happening inside Iran and make the world aware of violations and abuses being committed by the regime.

All of this doesn’t stop the regime from still trying to keep a stranglehold on the Iranian people’s access to communications as regime authorities have again destroyed a startling 100,000 satellite dishes and receivers as part of a widespread crackdown they say “deviate morality and culture.”

General Mohammad Reza Naghdi, the head of Iran’s Basij militia, oversaw the destruction ceremony in Tehran on Sunday and warned of the impact that satellite television was having in the country.

“The truth is that most satellite channels… deviate the society’s morality and culture,” AFP news agency reported him as saying.

“What these televisions really achieve is increased divorce, addiction and insecurity in society.”

While Naghdi said that a total of one million Iranians had already voluntarily handed over their satellite dishes to authorities, the vast majority were confiscated by regime police and militia.

Iranian police regularly raid neighborhoods and confiscate dishes from rooftops, and under Iranian law, satellite equipment is banned and those who distribute, use, or repair them can be fined up to $2,800, putting Naghdi’s explanation in a clearer light.

The effort to control communications points out the deeper actions of the regime as it confirmed the arrest of another American, but did not provide specifics even though family members have confirmed it is Robin Reza Shahini, an Iranian-American man from San Diego, California who was arrested.

Asked about reports of the arrest of a dual citizen on national security charges, the semi-official Fars news agency reported, judiciary spokesman Gholamhossein Mohseni Ejei told a weekly news conference: “The report on the arrest of an Iranian American dual national is correct.”

“But I don’t know what the charges are. The person was arrested in Gorgan … but the trial may be held in Tehran.”

In the past nine months, the Revolutionary Guards have arrested at least six dual-national Iranians, friends and family members say, the highest number of Iranians with dual nationality detained at one time in recent years to have been acknowledged.

The government has confirmed most of the detentions, without giving details of any charges. The Iranian government does not recognize dual nationality, which prevents relevant western embassies from seeing detainees.

Shahini was active on social media, running two Facebook accounts, and maintained a blog, but the blog and one of his Facebook accounts appear to have been disabled, his girlfriend said. His WhatsApp account shows someone used the account as recently as July 20th.

Predictably the Iran lobby was again silent on another American’s abduction, preferring instead to insert itself into the U.S. presidential election by denouncing presidential candidate Donald Trump’s speech at the Republican National Convention in which he denounced the nuclear deal made with the Iranian regime.