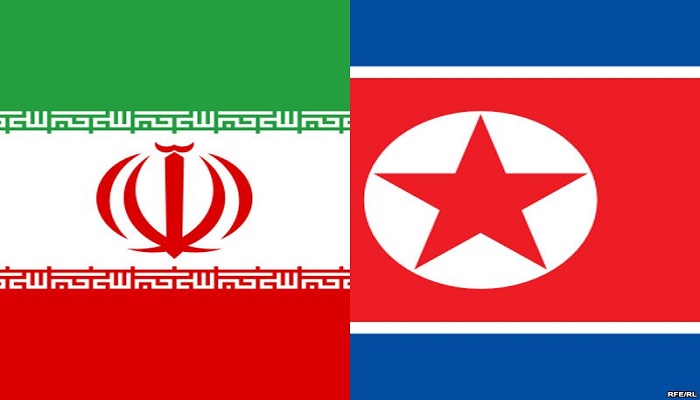 Global news media shifted their attention to new disclosures of a clandestine visit to Iran by a delegation of North Korean nuclear and missile experts to a military site near Tehran amid a third round of talks between the P5+1 group of nations and the Iran regime over its nuclear program.

As reported by Reuters, the National Council of Resistance of Iran, one of the leading dissident groups against the Iran regime which previously exposed the regime’s uranium enrichment plant at Natanz and a heavy water facility at Arak in 2002, cited information from sources inside Iran, including Iran’s Revolutionary Guards Corps, that a seven-person North Korean Defense Ministry team was in Iran during the last week of April.

The visit marked the third time in 2015 alone that North Koreans had been to Iran, with another nine-person team due to return in June shortly before the self-imposed deadline of June 30 for this current round of talks.

The information obtained was based on dozens of reports from various sources inside of the clerical regime. Besides IRGC, sources included the Ministry of Defense (MoD), the Organization of Defensive Innovation and Research (SPND), which is in charge of working on the weaponization aspect of the nuclear program, and the Aerospace Industries Organization (AIO).

Breitbart.com sounded a cautionary note at the prospect of more integrated cooperation between the two totalitarian regimes.

“The North Koreans are growing more emboldened and hostile as they watch Iranian regime humiliate American negotiators. The claims of the NCRI should be vigorously vetted, as with all third-party intelligence, but it is quite plausible Kim Jong-Un would send technical experts to Iran to discuss mutually profitable strategies for getting the mullahs those atomic weapons they want so much,” Breitbart said.

Even Carol Giacomo, the editorial page editor for the New York Times, writing in her blog Taking Note that the optics of such a visit might prove problematic in efforts to keep Iran from gaining a nuclear capability.

“Such cooperation would belie Tehran’s insistence that it is not pursuing a nuclear weapon and would necessarily blow up any nuclear agreement. But even if a nuclear deal is reached, the major powers will need to watch vigilantly to make sure that Iran doesn’t switch from developing the technology that could enable it to produce a bomb to buying one from North Korea,” Giacomo said.

While many political analysts openly wonder why the regime would host such a delegation with the June 30 deadline looming for current talks, the regime has left no doubt that any agreement reached would be only on its terms, including demands from Iran’s top mullah, Ali Khamenei, to not allow international inspection of any military sites, to not allow interviews of Iranian nuclear scientists and an unconditional and immediate lifting of all economic sanctions imposed by the U.S., European Union and United Nations. All of which leaves the prospect of a deal in doubt, let alone meeting the June 30 deadline.

French foreign minister Laurent Fabius took a hard line in response to Khamenei’s demands, saying “France will not accept a deal if it is not clear that inspections can be done at all Iranian installations, including military sites.”

Fabius made his comments to the national assembly in Paris yesterday and urged other negotiating partners to adopt a similar position as talks resumed this week in Switzerland.

With Iran’s mullahs showing such defiance at such a critical time, we can only assume mullahs either don’t intend to honor any agreement reached or suspect they can string the West along or still develop their nuclear weapons just as their visitors, the North Koreans did.