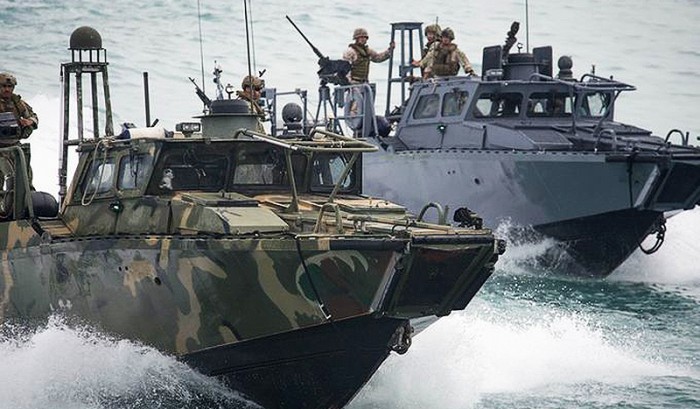 Ten U.S. Navy sailors were detained by the Iranian Revolutionary Guards Corps after their patrol boats lost contact with U.S. commanders and may have lost power and drifted into waters claimed by the Iranian regime.

The two small boats were traveling between Kuwait and Bahrain when contact was lost according to the Defense Department. Regime officials have assured U.S. officials that the sailors would be released shortly…at least that’s the hope.

The regime accused the sailors of “snooping” according to regime-controlled FARS state media.

Recent history would give most people pause though considering that since the Iranian regime negotiated a nuclear agreement with the P5+1 group of nations, it has acted aggressively in both domestic and foreign policy affairs to such an extent, many analysts have noted a new level of tension in the region exceeding recent memory.

Since July of last year, the Iranian regime has:

These provocations follow a series of diplomatic breaks between the Iranian regime and most of its Arab neighbors including Saudi Arabia, Kuwait, Bahrain, Sudan and United Arab Emirates.

Unlike the promises made by Trita Parsi and Reza Marashi of the National Iranian American Council, one of the leading lobbyists for the Iranian regime, the nuclear deal did not produce any turn to moderation by the mullahs in Tehran. If anything, the past six months have provided ample proof that the Iranian regime has no intention of altering its course, but instead is intent on flexing its muscle in taking advantage of this period of appeasement.

At the heart of that appeasement lies the proverbial pot of gold at the end of the rainbow in the form of $150 billion in frozen assets the mullahs are due to receive as early as next week as part of the nuclear agreement.

That cash has no restrictions on it, so the regime can use it to purchase military equipment, send it to terrorist groups such as Hezbollah or benefit companies controlled by the Revolutionary Guard Corps such as petroleum and telecommunications shell companies. The ordinary Iranian citizen will most likely see no improvement in their economic status as a result of the windfall much to chagrin of those who believed in the propaganda being spouted by the Iran lobby.

Even as news media report that the regime is complying with provisions of the nuclear deal including the closing of its Arak nuclear reactor, regime officials themselves disputed that compliance.

Iran’s deputy nuclear chief denied yesterday a report that technicians had dismantled the core of the country’s nearly finished heavy water reactor and filled it with concrete as part of Tehran’s obligations under the nuclear deal with the West.

Ali Asghar Zarean, in remarks to state TV Tuesday, dismissed the report by the Fars news agency from the previous day. He said the regime would sign an agreement with China to modify the Arak reactor, a deal that is expected next week.

The fact that the regime can’t seem to get its own story straight about the condition of its heavy-water reactor ably describes the inability of the rest of world to properly monitor exactly what the regime is doing with its nuclear facilities.