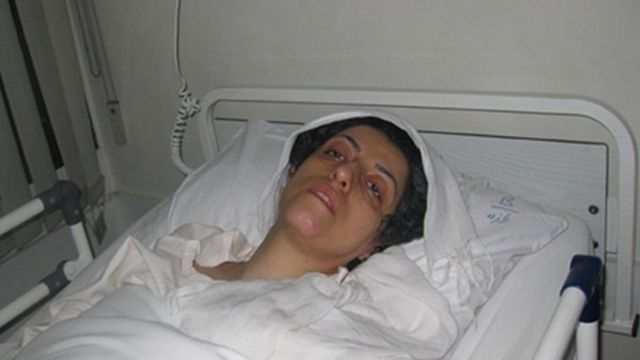 There has been no doubt that the Iranian regime is one of the worst abusers of human rights in the world today. Its record of abuse has been well documented by human rights groups and Iranian dissident organizations.

Anyone sitting in front of a computer or using a smartphone can simply Google “Iran” and “executions” to get a taste of how badly the regime treats its own people. The regime tries mightily to hide its abuses from the world through its control of the Internet, prohibiting the use of social media and employing an army of cyberhackers to monitor communications, as well as attempt to crack the encryption on messaging apps such as WhatsApp and Telegram.

The Iranian regime is unique in one other regard which is that it pretty much doesn’t seem to care what the rest of the world thinks about its human rights record.

One example of that callous disregard for international condemnation was the regime’s decision to uphold a 16-year prison sentence against a prominent human rights advocate in Narges Mohammadi, which was widely protested by groups such as Amnesty International.

Mohammadi, who is critically ill, had been sentenced in May on charges of violating national security and acting against the Islamic regime through her support of an anti-death penalty campaign.

As vice president of the Defenders of Human Rights Center in Iran, Mohammadi gained attention in 2014 for defending women who had acid thrown on them in the city of Esfahan, purportedly for dressing immodestly.

While jailed this summer at Tehran’s Evin Prison, she staged a 20-day hunger strike in protest of authorities who barred her from speaking by phone with her family.

Mohammadi is mother to 9-year-old twins, who live in France with their father. Friends say she suffers from a chronic illness that causes partial paralysis, which has worsened due to her imprisonment, according to the Los Angeles Times.

“This verdict is yet another cruel and devastating blow to human rights in Iran, which demonstrates the authorities’ utter contempt for justice. Narges Mohammadi is a prominent advocate of human rights and a prisoner of conscience. She should be lauded for her courage not locked in a prison cell for 16 years,” said Philip Luther, Amnesty International’s Research and Advocacy Director for the Middle East and North Africa.

“By insisting that this harsh and appalling sentence is imposed for her peaceful human rights work, the authorities have laid bare their intent to silence human rights defenders at all costs,” he added.

Human rights activists and dual nationals continue to be imprisoned during the presidency of Hassan Rouhani, whose 2013 election had raised hopes of an easing of Iran’s harsh security laws, but has since come to be regarded as an instrument of the regime’s security apparatus.

Mohammadi is a supporter of the Campaign for Step by Step Abolition of the Death Penalty, known by its Persian acronym, Legam. Iran is one of the world’s leading practitioners of capital punishment, putting to death an estimated 1,000 people last year alone.

Last month, Iran put to death a teenager who was convicted of a crime when he was 17. Approximately 160 minors are on death row in Iran, according to Amnesty International.

“It is particularly shocking that this sentence comes as Iran’s authorities are preparing for renewed bilateral dialogue with the EU, given that Narges Mohammadi was convicted for her work campaigning against the death penalty and meeting with the former EU High Representative for Foreign Affairs. This casts serious doubts over Iran’s commitment to engage meaningfully with the EU on human rights issues,” Luther added.

And therein lay the quandary the world faces: Even as it seeks to open up trade relationships with Iran following the nuclear deal, the world turns a blind eye to the continuing, blatant abuses being committed by the regime.

The harsh sentence of Mohammadi for essentially representing women who had been brutalized by regime paramilitaries and police is an especially visible demonstration of how much the mullahs in Tehran simply don’t care what the world thinks.

Part of their disregard stems from their efforts to perpetuate the myth that the nuclear deal is so valuable to the world in keeping Iran from arming itself with nuclear weapons that the world is willing to look the other way on virtually any other issue in order to preserve the deal.

Forget the fact that the deal itself is a wreck and unenforceable and the regime already has taken advantage of it, but this attitude by the world’s leaders has enabled the regime to commit more atrocities, expand its military presence and rapidly rebuild its military without fear of punishment or reprisal.

Nothing epitomizes that more than the rapid development, testing and deployment of the Iranian regime’s ballistic missile program which has progressed from short-range conventional weapons, to now deploying intercontinental missiles capable of carrying nuclear, chemical or biological warheads.

The Foundation for the Defense of Democracies, wrote in US News and World Report, explaining the regime’s use of nuclear agreement to advance its own agenda.

“Tehran insists that foreign (implicitly, U.S.) machinations have undermined the sanctions relief that the deal should have brought. Iranian officials have claimed they have ‘no fear’ of the deal falling apart, and openly discuss how to snap back their remaining nuclear infrastructure if they believe the deal has been transgressed. These critiques form the core of Iran’s snapback-centric strategy, one aimed at upping the ante to pocket additional concessions,” they write.

The “snapback” mechanism included in the deal allows the countries involved to restore sanctions in the event of Iranian “significant non-performance.” But Iran retains a separate snapback capability that can nullify both nuclear and non-nuclear sanctions: the threat of ramping up its nuclear infrastructure. The fact that the Islamic Republic is able to credibly threaten such snapback means Western audiences will have to reckon with Tehran’s complaints,” they added.