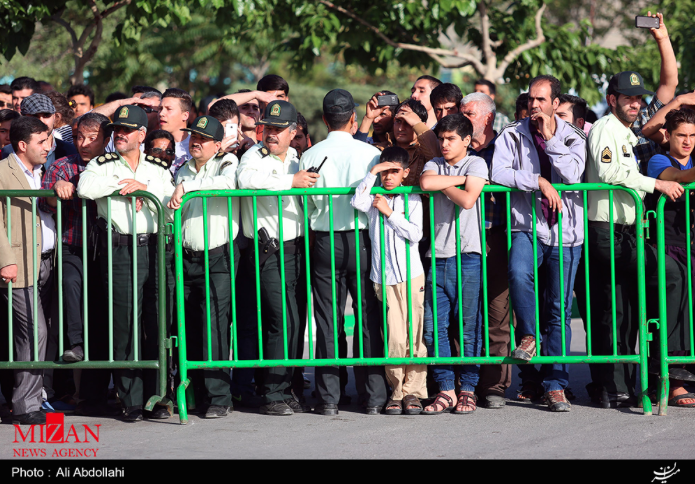 One of the more peculiar actions taken by the Iranian regime is the unusual habit of executing people during visits by foreign dignitaries. Typically, countries wrestling with intense international scrutiny due to perceived human rights violations have normally been more circumspect when hosting a visiting leader.

The accompanying media attention of a state visit usually has forced countries to hold off on high profile actions such as a crackdown or round up of dissidents or staying the executions of political prisoners.

The one glaring exception to that rule has been the Iranian regime, which seems to perversely revel in executing prisoners whenever someone comes calling.

The most recent example was the execution of three Turkish nationals accused of drug trafficking last year on the heels of a high-profile visit to Tehran by Turkish president Recep Tayyip Erdogan.

The Iranian regime – which executed nearly 1,000 people alone last year, more than any other country apart from China – usually refrains from sending foreign nationals to the gallows, especially in cases involving countries with which Tehran has maintained friendly relations, according to the Guardian.

The family of a 46-year-old man, Faruk Güner, a father of nine children, confirmed to the Guardian that he was executed. He was a lorry driver working between Afghanistan and Turkey who passed through Iran. “We tried for four years to save him. They didn’t tell us that he was going to be executed. They hanged him in the morning; we got the news in the afternoon,” Güner’s brother said.

The information about the executions was published by several human rights organizations. One of these organizations based in Norway, said two other Turkish nationals, identified as Mehmet Yilmaz and Matin, whose surname is not known, were executed at the same time.

The organization that monitors the human rights situation in Iran, said more than 450 people have been put to death in the country this year. It said at least 264 of them were executed for drug offences. Iran has also executed at least seven people who committed their crimes while they were under the age of 18.The execution of juveniles is prohibited under international law.

The regime has also taken the opportunity to commit executions during other high profile visits in a perverse move that defies logic, such as:

The willingness of the regime to execute people relentlessly during these high profiles—even when a dignitary pleads with the regime not to commit any executions—demonstrates the true nature of the mullahs in Tehran which is to signal to the world loudly and clearly that Iran will do as it sees fit regardless of what the world thinks.

What is even more disturbing is how the mullahs are working hard to indoctrinate Iran’s children into the same perverted mindset where violence and executions are a normal part of Iranian society.

Deutsche Welle looked at this trend and what it portends as a new generation of Iranians are taught at an early age that violence as a state tool is welcome.

Books in Iran, in general, are subjected to a strenuous approval process. But, the glorification of violence, even in children’s books, does not appear to be a problem.

“Society is being intentionally desensitized,” told DW, a human rights lawyer and children’s rights activist that specializes in cases regarding the execution of minors, which is allowed in Iran once they reach 18.

“Statistics show that violence particularly within families has strongly increased,” he said. “There are many causes for this. Violence in public is certainly one of them. People exposed to so much violence don’t shy away from using violence themselves. This must be countered, not celebrated everywhere.”

It is a deeply disturbing trend that harkens to similar indoctrination undertaken by totalitarian regimes such as the Khmer Rouge in Cambodia which employed children to select people for instant executions as part of the notorious killing fields.

Even Hitler’s Nazi Germany relied on the Hitler Youth to serve as a fanatical conduit for its armies; the Iranian regime is no less dedicated to the same tactics.

Ultimately, the fight for human rights in Iran is not just to preserve the people of Iran, but their future through their children.