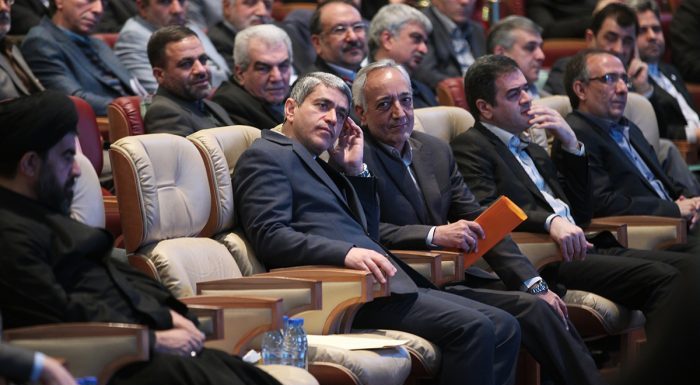 Iran Regime Finding Itself Alone on an Island

For the past 16 years, the American-version of the hit reality television series “Survivor” has enthralled audiences with its competitions pitting contestants against each other in a remote location where food is scarce, alliances are formed and broken instantly, no one trusts anyone else, everyone fights for immunity and the goal is winning bundles of cash.

Sound familiar? It should to anyone who has watched the leadership of the Iranian regime over the same decade and a half period because it pretty much describes what is happening to the ruling mullahs in Tehran.

Like the contestants on Survivor, the aim and goal for the mullahs is a simple one: protect your own skin, backstab anyone and everyone and go home with the loot at the end of the game.

In Iran’s case, that has meant expunging all opponents – either by kicking them off election ballots or tossing them in jail or even hanging them – making overtures for peace to its neighbors and enemies and bringing in as many business deals as possible to fatten their bank accounts.

For the Iranian regime, the doctrine of “survival of the fittest” might be slightly altered to say “survival of the craftiest” since the mullahs have built their careers since the 1979 revolution in deception, misdirection and outright lying to the rest of the world and their own people.

Take for example the recent revelations from Iran that senior executives at top state-owned companies have been collecting lavish paychecks and perks at a time when ordinary Iranians are reaching levels of desperation for food, medicine and other goods almost on par with the chaos erupting in Venezuela.

The general director of state-run Bank Tejarat took home approximately $270,000 last year, according to one newspaper report this week. Another paper obtained a pay stub showing that an executive at the government-owned Iran Central Insurance Company pocketed $25,000 in one month – nearly 100 times the wage of the lowest-paid government employees.

Working stiffs everywhere believe their bosses are overpaid. But the disclosures carry particular significance in Iran, where egalitarianism was a mantra of the 1979 revolution, and where perceived moderate President Hassan Rouhani has staked his administration on promises to improve ordinary citizens’ lives, according to the Los Angeles Times.

Under Iranian law, no government employee can be paid more than seven times what the lowest paid worker earns. Apparently the law doesn’t seem to apply to the leadership of the regime, nor to the companies and industries controlled by it and the Revolutionary Guard Corps.

While laborers in some state-run factories go months without receiving paychecks and stage regular protests in front of parliament in Tehran, a small elite continues to live large off of chronic mismanagement and cronyism in the bloated public sector.

Last year there was a public outcry when several social media profiles showed photos and videos of young Iranians flaunting the affluence of their families with exotic cars, foreign trips, designer clothes and extravagant parties, with many of them tied to well-connected regime officials.

Media reports said three managers at the state insurance company together earned nearly $60,000 in a month earlier this year, while the average salary of a high school graduate is about $300 a month. The insurance company said the amounts included bonuses, family allowances and other perks in addition to salary – an explanation that did not diminish public anger.

“Many managers are enjoying vast salaries not because of their merits and qualifications but because of their connections to this or that politician or political party,” Zabalipour said. “And because they anticipate dismissal anytime, once they are at the helm of a state-run enterprise they do their best to fill their pockets as much and as soon as possible.”

The growing isolation of the regime’s leadership from the people of Iran resembles the shrinking tribes on Survivor as contestants are voted off the island each week until only there are only a few left standing to fight for the prize. You get the feeling that Rouhani might become the odd man out as his usefulness to top mullah Ali Khamenei as a moderate puppet is exhausted amidst growing domestic unrest.

Much of these signs have come in the form of harsher, broader and deadlier crackdowns in Iran against dissenters; although perceived dissent now comes in all forms, not just political.

The news that an international group that monitors money laundering worldwide is expected to decide this week to keep Iran on its blacklist of high-risk countries despite aggressive lobbying by Tehran to come off the list to help it access the global financial system portends even more trouble for the regime, Western officials said.

The Financial Action Task Force (FATF), established in 1989 to combat money laundering and the financing of terrorism and weapons of mass destruction, compiles the list, which it regularly updates. Its 37 member states are meeting in South Korea.

“No changes to Iran’s status on the blacklist are imminent, though I think perhaps we can expect some words of encouragement and recognition of Iran’s attempts to make progress,” said one Western official familiar with FATF discussions, who asked not to be named. Two other Western officials concurred this week with the opinion that Iran would not be taken off the blacklist at this time.

Soon that Survivor island in Tehran may just include Khamenei and a few bodyguards with no one else left to imprison or torture.