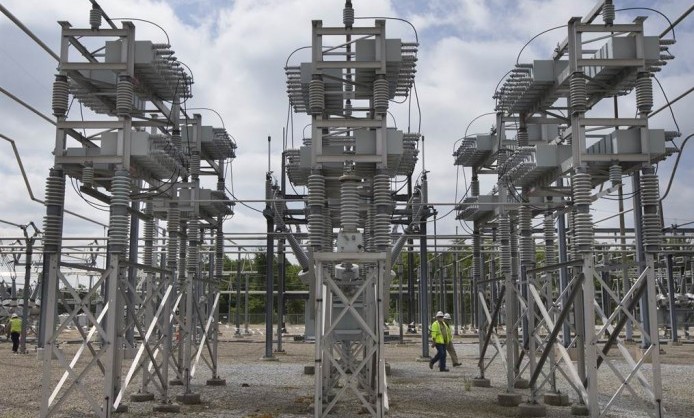 One of the most consistent points offered by the Iran lobby in support of the nuclear agreement with the Iranian regime and the rest of the world was that it would usher in a new era of moderation and stability and open the pathway to a rapprochement. Regime supporters such as Trita Parsi of the National Iranian American Council contended that if the U.S. would see fit to delink noxious and troublesome issues such as human rights abuses, support for terrorism and cyberwarfare that things would improve and everyone would join hands in singing a chorus of “We Are the World.”

Nothing could be further from the truth. In fact, new disclosures from former and current U.S. officials clearly show the Iranian regime has been behind some of the most disturbing and threatening cyberattacks against the U.S. in recent memory.

According to the Wall Street Journal, Iranian hackers infiltrated the control system of a small dam less than 20 miles from New York City two years ago. The breach came amid attacks by hackers linked to Iran’s government against the websites of U.S. banks.

“These systems control the flow in pipelines, the movements of drawbridges and water releases from dams. A hacker could theoretically cause an explosion, a flood or a traffic jam,” said the Wall Street Journal. “The incident at the New York dam was a wake-up call for U.S. officials, demonstrating that Iran had greater digital-warfare capability than believed and could inflict real-world damage, according to people familiar with the matter.”

U.S. intelligence agencies noticed the intrusion as they monitored computers they believed were linked to Iranian hackers targeting American firms, according to people familiar with the matter. U.S. officials had linked these hackers to repeated disruptions at consumer-banking websites, including those of Capital One Financial Corp., PNC Financial Services Group and SunTrust Banks Inc., the Journal reported at the time.

The escalation in cyberattacks by Iranian-based hackers represents a new phase in aggressive hostilities punctuated by increases in actual armed conflict with the launching of a new offensive in Syria in support of the Assad regime by the mullahs in Tehran.

While the Obama administration has long held to the idea that Assad needed to go in order to bring about an eventual political solution in Syria, the military support coming from Russia has potentially altered the political calculus of the administration to finding a way to keep Assad in power as a bulwark against the perceived greater threat of ISIS.

“The calculation that the White House has made is that working with Assad is less bad than the alternative of going to war with Russia over Assad, or of sending in a large number of American troops to fight the Islamic State on the ground,” says Joshua Landis, who heads the Center for Middle East Studies at the University of Oklahoma, to the Washington Times.

The administration’s approach is facing biting criticism from lawmakers on Capitol Hill, several of whom argue that the White House has no clear strategy for defeating the terrorist group also known as ISIS and ISIL and is badly following Russia’s lead on Syria as a whole.

The issue also has become a divisive one on the presidential campaign trail. President Obama’s former top diplomat, Hillary Clinton, is aligned with Republican contenders Marco Rubio, Jeb Bush and Chris Christie in asserting that Assad’s ouster should be a top U.S. priority in any serious strategy to defeat the Islamic State.

Tied to that is the prickly question of what to do about the Iranian regime’s total support of Assad in terms of foreign fighters, cash and weapons. It is a question that is increasingly being answered by critics as requiring a strong response from the U.S. and allied countries to back Iran off from supporting Assad and allowing a reduction in fighting for a political solution to take shape.

According to the Michael Singh writing in then Wall Street Journal, Sen. Bob Corker has noted, since the agreement was signed in July, the regime has sentenced Washington Post reporter Jason Rezaian–who has been in jail for more than a year–and imprisoned another Iranian-American. It has defied United Nations sanctions by exporting arms to Yemen and Syria; by dispatching Qasem Soleimani, chief of the regime’s Quds Force, and other sanctioned officials to Russia, Iraq, and elsewhere; and by conducting two ballistic missile launches. Iranian hackers have reportedly engaged in cyberattacks on the State Department. Tehran also refused to fully cooperate with the International Atomic Energy Agency investigation into its nuclear weapons research.

The Washington Post editorial board took an even tougher stance, writing in Sunday’s edition:

“Iran is following through on the nuclear deal it struck with a U.S.-led coalition in an utterly predictable way: It is racing to fulfill those parts of the accord that will allow it to collect $100 billion in frozen funds and end sanctions on its oil exports and banking system, while expanding its belligerent and illegal activities in other areas — and daring the West to respond.

“Unfortunately, the Obama administration’s response to these provocations has also been familiar. It is doing its best to downplay them — and thereby encouraging Tehran to press for still-greater advantage.”

“By flouting the U.N. resolutions, Iran is clearly testing the will of the United States and its allies to enforce the overall regime limiting its nuclear ambitions. If there is no serious response, it will press the boundaries in other areas — such as the inspection regime. It will take maximum advantage of Mr. Obama’s fear of undoing a legacy achievement, unless and until its bluff is called. That’s why the administration would be wise to take firm action now in response to the missile tests rather than trying to sweep them under the carpet,” warned the Washington Post.

That effort to appease the mullahs at all costs has manifested itself in the manner the Obama administration is literally prostrating itself before the mullahs over the issue of the visa waiver program changes contained in the recently passed omnibus funding bill.

As Eli Lake and Josh Rogin point out in Bloomberg View:

“In the latest example of the U.S. effort to reassure Iran, the State Department is scrambling to confirm to Iran that it won’t enforce new rules that would increase screening of Europeans who have visited Iran and plan to come to America,” they write.

“House staffers who spoke with us say Iran was included for good reason, because it remains on the U.S. list of state of sponsors of terrorism for its open support for Hezbollah and Hamas. The White House did not object until the Iranian government told the administration last week that the bill would violate the nuclear agreement, according to correspondence on these negotiations shared with us,” Lake and Rogin added.

The willingness for the U.S. to not press the Iran regime on these and a wide range of issues, including the most recent cyberattacks, only reinforces the same bad behavior by the mullahs.

But on a more personal level, the plight of individual families was highlighted by an editorial written by Daniel Levinson, son of retired FBI agent Robert Levinson, who disappeared in Iran in 2007 and has not been produced by regime despite repeated demands.

“Any foreign national considering a trip to Iranian-controlled territory risks arbitrary detention, potentially without access to any basic human rights or their loved ones for years to come. This is what happened to my father,” Levinson writes in the Washington Post. “We were devastated that he was not released in the aftermath of the accord. Now we fear that the United States has squandered its best opportunity for leverage in ensuring my father’s safe return home.”

For the Levinsons and countless other families impacted by the barbaric cruelty of the Iranian regime, the price of not standing up to the mullahs only goes up with each new act of appeasement.