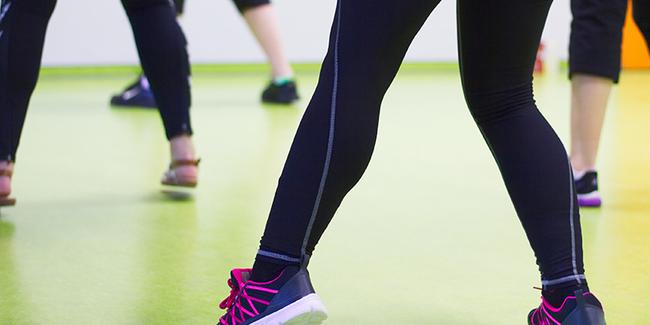 A young Iranian man who was arrested, convicted and sentenced to die as a 15-year-old, was put to death by the Iranian regime this week in a new low in human rights even for this brutal regime.

Alireza Tajiki was 21 years old at the time of his execution. He was arrested in May 2012 when aged 15 and sentenced to death nearly a year later in April 2013. The trial was grossly unfair and relied primarily on “confessions” which Alireza Tajiki had said were extracted through torture, including severe beatings, floggings and suspension by the arms and feet, according to Amnesty International.

The use of torture to coerce confessions is notoriously widespread throughout Iran and is indiscriminately applied against men, women and children and has been documented by news media and international human rights groups.

Iran is one of the last few countries in the world that still executes juvenile offenders. As of August 2017, Amnesty International had identified at least 89 individuals on death row who were under the age of 18 when the crime was committed.

“By going ahead with this execution in defiance of their obligations under international law, and despite huge public and international opposition, the Iranian authorities have again cruelly demonstrated their complete disdain for children’s rights. This shameful act marks a critical turning point for Iran, and exposes the hollowness of the authorities’ claims to have a genuine juvenile justice system,” said Magdalena Mughrabi, Amnesty International’s Deputy Director for the Middle East and North Africa.

“This execution is a flagrant violation of Iran’s obligations under the UN Convention on the Rights of the Child, which it ratified two decades ago. By putting Alireza Tajiki to death, the Iranian authorities have demonstrated their appalling commitment for continuing with this abhorrent practice and shown they do not even have the will to implement their half-hearted reforms to save the lives of those convicted as children,” he added.

The liberal use of the death penalty has been a hallmark of the Iranian regime’s control over the Iranian people, but alongside the gruesome punishments, the mullahs enforce morality laws in such odd fashion that seemingly innocuous acts are often characterized as crimes, such as women riding bicycles.

The fact that women receive the brunt of these morals violations is no coincidence as the mullahs work aggressively to oppress Iranian women and deny them educational opportunities, careers and even basic freedoms to move about without restriction.

One example of this the recent crackdown against women participating in Zumba dance classes and exercises in one of the more ludicrous actions by the regime.

A group of four men and two women were charged for trying to “change lifestyles” over their Zumba dancing and for not adhering to the country’s strict hijab dress code this week.

“The members of a network teaching and filming Western dances have been identified and arrested,” said Hamid Damghani, an official with the Revolutionary Guard Corps.

“They were arrested by the Guards’ intelligence forces while teaching and creating video clips… as they sought to change lifestyles and promote a lack of hijab,” Damghani said.

The fight by the regime to suppress all kinds of creativity by young Iranians has been long-running. The latest Zumba arrests are a reminder that in 2014, seven young Iranians were arrested for dancing to Pharrell Williams’s hit “Happy” in a home-made video that went viral on the internet. They were given suspended jail and lashing sentences.

Far from being random or non-sensical, the arrests are deadly serious business for the mullahs because they represent a threat to the strict ideology and religious culture imposed by them since the Islamic revolution.

Creativity, artistry, even a simple exercise dance class can lay the seeds for rebellion in a society governed by the whims of religious zealots. For the mullahs in Tehran, even free thought can pose a counter-revolutionary risk.

This explains why the regime also spends considerable time, energy and resources in trying to stifle, suppress and even kill any members of Iranian opposition or dissident groups.

The long history of the regime’s efforts to annihilate the People’s Mojahedin Organization of Iran, a long-time opposition group have been well-documented by international monitoring and human rights groups, especially the covert attacks on a refugee camp in Iraq housing members of the PMOI resulting in the murder of scores on refugees.

What is most disturbing though is as the Iranian regime steps up its brutal suppression of human rights with more executions and campaign to arrest women for taking part in innocent activities, the Iran lobby has been stone-deaf silent; none more so than the National Iranian American Council.

The NIAC in particular has thrown itself into the fight to save the Iran nuclear deal and virtually ignored the mounting human rights abuses in Iran. It points out the lie in the NIAC which claims to fight for Iranian-American issues and dignity, but does neither.

Its sole agenda is to fight to preserve the lifting of economic sanctions that keep the flow of cash running to the mullahs’ pockets.

Unfortunately, young Iranians like Alireza Tajiki are the ones left to pay the ultimate price.