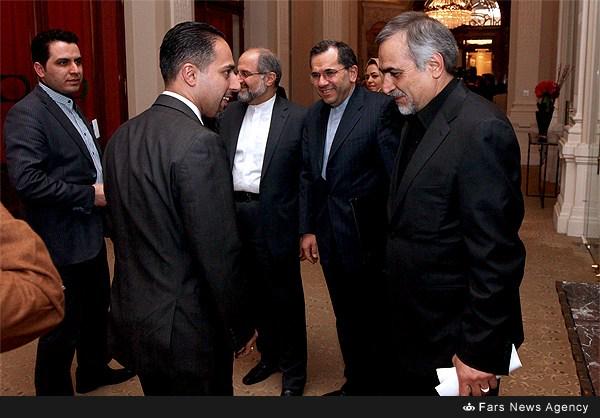 The Iran regime’s lobbying and PR machine, notably led by the National Iranian American Council, invested significant resources in a blatant effort to lobby and influence members of Congress over the recent negotiations on the regime’s nuclear infrastructure.

The NIAC attempted to portray the negotiations as the only clear path towards peace and any member of Congress denigrating it was no better than a war monger. In response, Congress offered up the Corker-Menendez bill which gives Congress the power to keep economic sanctions in place while it reviewed any deal. Despite NIAC’s objections, it passed out of committee on a bipartisan vote.

Then NIAC was part of the “National Day of Action” involving delivering petitions to local Congressional offices. The effort produced sporadic selfies in scattered offices of volunteers, mostly Democrats already pledging to support the regime. In response, 47 Senate Republicans sent an open letter to the Iran regime promising to overturn any bad deal.

Itching for more failure, the NIAC marshalled its forces again for the stretch drive of talks and went on a media blitz and sent Trita Parsi and Reza Marashi to troll lobby bars in Lausanne, Switzerland. Instead, the House this time sent out a letter signed by 367 Democrats and Republicans, representing a veto-proof majority, calling for review and approval of any deal.

Even after talks concluded with a “framework” agreement that appears to be different in its terms if you read Iranian, American or French versions, NIAC continued to call it an historic agreement. On Monday, Sen. Chuck Schumer (D-NY), who is on track to be the new Democratic Leader succeeding retiring Sen. Harry Reid (D-NV), announced his support for the Corker-Menendez bill and called on Congress to review and halt any deal it deems bad.

His support is crucial and now probably gives Republicans the 60 votes necessary to override any veto from President Obama. Both houses of Congress now stand united in the need to review, debate, verify and approval or disapprove any final agreement coming out of P5+1 talks with the Iran regime.

Why did NIAC fail? Quite simply, it overpromised and underdelivered.

NIAC members, especially Trita Parsi, regularly mistakenly took positions throughout talks over the past three years that ended up having to be retracted or were proved wrong. Most notably were its claims about the Iran regime’s desire for peace, only to be routinely undercut by top mullah Ali Khamenei who gave his annual “Death to America” speech alongside demands that Iran retain all its nuclear infrastructure, immediate lifting of all economic sanctions and promise to keep developing ballistic missile technology.

In a way, you have to pity Trita Parsi and NIAC for having to work for verbal loose cannons like Khamenei who have all the subtlety of a freight train, but then again, Parsi and NIAC enjoy the perks of being mouthpieces for the biggest state sponsor of terrorism. i.e. Iran’s mullahs which explains how they can manage trips to Switzerland and an unlimited bar tab waiting for journalists to ask their opinions.

But has Iran’s mullahs really gotten the results expected from NIAC? If you judge success based on legislative wins in Congress, the answer has to be a resounding “NO!” The NIAC’s grip on Beltway reality grows looser, especially with new revelations from Breitbart News and others about the deep connections now being uncovered between NIAC and national security and foreign policy teams in the Obama administration.

The lack of disclosure by the administration has further tainted arguments made by NIAC for the deal as it becomes increasingly clear the organizations does not stand for the interests of Iranian Americans – four of whom remain in regime prisons without trial or charge – and instead is simply a cheap lobby for the mullahs.

We would urge Khamenei to get a refund from Parsi and cut his expense account for lack of results.