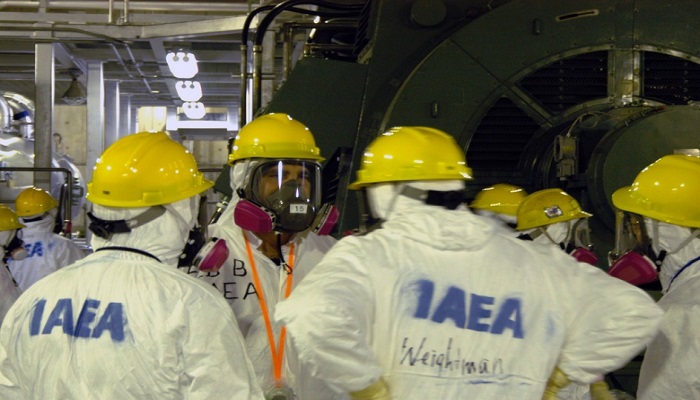 In a damning revelation, the New York Times revealed that with only one month left before a self-imposed June 30 deadline to complete a nuclear deal with the Iran regime, “international inspectors have reported that Tehran’s stockpile of nuclear fuel increased about 20 percent over the last 18 months of negotiations, partially undercutting the Obama administration’s contention that the Iranian program had been ‘frozen’ during that period.”

The findings were released by the International Atomic Energy Agency which poses a significant stumbling block to the hopes of the Obama administration. As the Times put it:

“In essence, the administration will have to convince Congress and America’s allies that Iran will shrink its stockpile by 96 percent in a matter of months after a deal is signed, even while it continues to produce new material and has demonstrated little success in reducing its current stockpile.”

The fact that Iran has continued building its stockpile of nuclear fuel even while it has consistently said it was not pursuing a nuclear expansion during three years of negotiations leads to the inescapable conclusion that Iranian regime cannot be trusted to comply with any deal reached.

Even while the regime’s chief negotiator Javad Zarif has played the role of charming, accommodating diplomat, his boss, Ali Khamenei, has just as consistently maintained an air of defiance in complying with the most basic of terms such as inspection of military sites.

Iran’s opposition to inspections presents a red line for France’s foreign minister, Laurent Fabius, who reiterated in an interview with the Wall Street Journal that a deal without inspections of military and secret facilities risked sparking a new nuclear arms race in the Middle East.

“The best agreement, if you cannot verify it, it’s useless,” said Mr. Fabius. “Several countries in the region would say, OK, a paper [has been signed] but we think it is not strong enough and therefore we ourselves have to become nuclear.”

But those were not the only disturbing news reports coming out of Iran. The state-run Fars News Agency reported on Monday that Russia’s Rosatom State Atomic Energy Corporation announced it would start construction this year of a second nuclear plant in Iran. The deal comes on the heels of an agreement between Russia and Iran to send the Islamic state an advanced anti-aircraft missile system.

The picture for meeting the June 30 deadline appeared even more muddled with reports from Reuters that Western negotiators appeared to be caving in on key Iranian demands such as shifting complaints about any alleged violations to a “dispute-resolution panel” that would come up with non-binding opinions in an absurd idea.

The proposal would direct complaints to the United Nations Security Council where the same Russia that is busy selling missile batteries and nuclear reactors to Iran would have a veto over any potential sanctions.

All of this would be happening at the same time the regime would be flooded with billions of dollars in oil sales proceeds, new foreign investment and the release of frozen assets at precisely the time Iran needs its coffers replenished after three years of proxy wars.

It does make any rational person wonder how Iran’s mullahs could be trusted when they’ve already added to their nuclear stockpile over the last 18 months while preaching its reduction at the negotiating table.