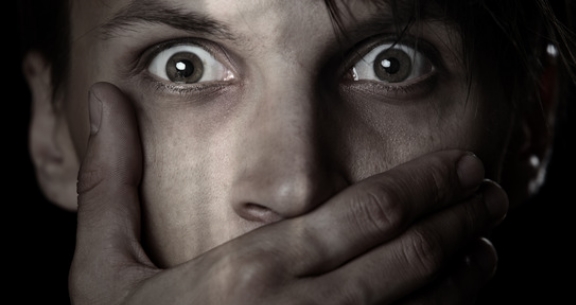 Iran Regime Operates Through Fear and Intimidation to Work

“I learned that courage was not the absence of fear, but the triumph over it. The brave man is not he who does not feel afraid, but he who conquers that fear,” said Nelson Mandela, the former president of South Africa and prisoner of conscience who led his nation out of apartheid rule.

He recognized during his long imprisonment for his political beliefs that to conquer a regime and policy of institutionalized oppression, one had to first conquer the fear that institution uses to control its people. It is through the tools of violence, fear and intimidation that a people can remain oppressed for generations.

For the Iranian regime, the mullahs learned early on the lessons of similar oppressive regimes throughout history. Whether you were a Roman tribune enslaving barbarians or a Nazi Stormtrooper kicking down doors in the Warsaw ghetto or a Boko Haram fighter kidnapping scores of girls to auction them as sex slaves, the tools of intimidation and fear were universal in your efforts to maintain control.

Throughout Iran, the mullahs impose the same practices through the use of religious courts that hand down brutal sentences almost on a whim with no accountability, to roving bands of Basji paramilitaries who are free to accost and beat women on the street for violating dress codes.

The mullahs use the same principles in exporting their extremist brand of Islam by supporting terrorist proxies such as Hezbollah or growing their own Shiite militia in Iraq which can be used to subjugate Sunni villages or be shipped off to fight in Syria.

The use of military power and violence is a tried and tested prescription for the Iranian regime to impose its will.

Unfortunately for the mullahs, history has proven those policies eventually fail. Although Rome stood for thousands of years, it eventually collapsed under its own corruption and inability to assimilate the regions it conquered into peaceful co-existence. Eventually all totalitarian regimes have fallen throughout human history; the only question has been how long has it taken?

For the Iranian regime, the clock is running and the mullahs recognize their time may very well run out on them as their economy remains stagnant, unemployment especially among young people remains sky-high and technology improvements in social media and mobility have made it almost impossible to keep a lid on dissenting voices.

Even a string of hunger strikes by political prisoners has resonance as their plight is carried throughout the world on Twitter, Facebook, WhatsApp and Snapchat and has led to noted people such as Nobel peace prize laureate Shirin Ebadi to openly call for the head of Iran’s judiciary to quit.

Sadeq Larijani was appointed by Ali Khamenei and cannot be summoned by MPs for questioning and is not directly accountable to the public. Under his watch the judiciary has made a number of high-profile arrests of dual nationals, according to the Guardian.

Ebadi, a human rights lawyer and women’s rights activist living in exile in the UK, said she considered Larijani to be “directly responsible for the injustices and corruption” in the system.

She said that “in the name of religion and with the excuse of national security”, the judiciary was “overseeing a miscarriage of justice”.

“Civil and social activists and thinkers who voice criticism or protest are put in jail and condemned to lengthy prison sentences and torture and persecution, while criminals, serial killers and those involved in embezzlement continue to abuse people under the shadows of a corrupted judicial system,” she said in a statement posted on the website of the Defenders of Human Rights Centre, of which she is president.

“A considerable number of prisoners are those held on political or religious grounds. In what part of the world and according to what history, you would call this judicial system fair?” she added.

An example of the harsh treatment by Iranian courts was put on display when a British-Iranian woman being held in Tehran’s notorious Evin prison has appeared in an appeals court, using the last legal opportunity to challenge her five-year jail sentence.

On Wednesday, she attended a court session in the Iranian capital that lasted up to three hours, her husband told the Guardian. Few details have emerged about the hearing but a verdict is expected to be announced next week.

The exact reason why the 38-year-old has been convicted in Iran is still unclear, but the Revolutionary Guards, which arrested her at the airport in April while she was about to return to the UK after a family visit, have accused her of fomenting a “soft overthrow” of the Islamic republic.

“What I know is that the appeals happened and went on for three hours, the family weren’t able to go but Nazanin was there and her lawyer was there,” said Richard Ratcliffe. “There were lots of revolutionary guards there from both Kerman’s branch and the Tehran branch.”

According to Amnesty International, Iranian authorities have hinted that Zaghari-Ratcliffe’s arrest is connected to the 2014 imprisonment of several employees of an Iranian technology news website. They were given lengthy prison terms for participating in a BBC journalism training course. Zaghari-Ratcliffe was a project assistant at the BBC’s Media Action, the broadcaster’s international development charity, in 2008-09.

Ratcliffe said he last spoke to his wife on Christmas Day. Zaghari-Ratcliffe, who was previously described as being at breaking point, has recently been removed from solitary confinement and taken to Evin’s women’s wards alongside other political prisoners including journalist Reyhaneh Tabatabaei and leading activist Narges Mohammadi, and a number of Baha’i women held because of their faith.

Ultimately, the full force and weight of the Iranian judicial system is being used to focus on a British mother and charity worker and is emblematic of how fragile the mullahs control is if they are forced to have to imprison someone like her.