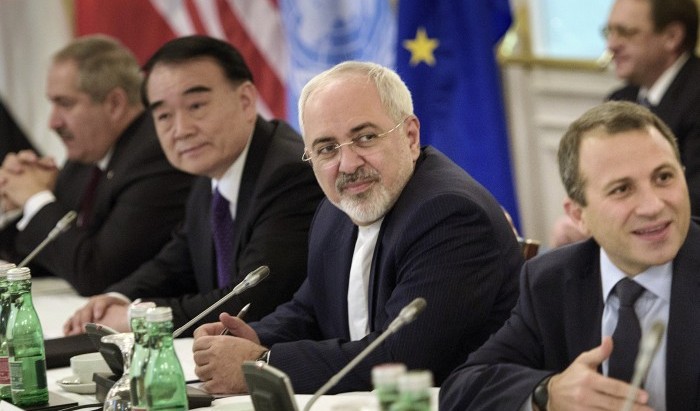 Iran Regime Picks and Chooses What It Wants

There are many aspects to the collective decision-making of the mullahs in Tehran. On the one hand, they support opening up negotiations on a nuclear deal to help unlock the bank vaults to billions in frozen assets. Then on the other hand, they denounce the terms of the deal and claim it doesn’t apply to them unless all sanctions are lifted at once.

The same double standard applies to what is happening in Syria. The Iran regime has fought endlessly to keep Assad in power there to the extent it even begged the Russians for military support to save him from being overthrown as rebels made serious inroads. The mullahs sought to legitimize the idea of Assad staying in power and seemed to reach a breakthrough by finally being invited to multilateral talks on finding a political solution to the crisis.

But now the regime has threatened to walk away from talks if it found them unconstructive, specifically citing Saudi Arabia’s role in the talks as the bitter rivals escalate their growing conflicts that now stretch from Yemen to Syria.

“In the first round of talks, some countries, especially Saudi Arabia, played a negative and unconstructive role … Iran will not participate if the talks are not fruitful,” regime media cited deputy Foreign Minister Hossein Amir Abdollahian as saying.

Delivering unusually personal criticism, regime president Hassan Rouhani appeared to reprimand Saudi Foreign Minister Adel al-Jubeir, who, on Saturday, lashed out at Tehran for what he termed its interference in regional countries.

“An inexperienced young man in a regional country will not reach anywhere by rudeness in front of elders,” Rouhani was quoted as saying by state news agency IRNA on Monday. He did not name the ‘young man’ but Jubeir was assumed to be his target according to Reuters.

It’s this kind of “I’ll take my ball and play elsewhere” response that has come to typify Iranian regime’s reactions in foreign affairs now. It pushed for a nuclear agreement and then complained about it and threatened to walk away. It pushed for a role for Assad and a seat at the table and now that it has it, it threatens to walk away.

While some psychologists might label this bipolar behavior, long-time regime watchers within the Iranian dissident community have long warned this was how the mullahs do business by pushing a false façade and then changing the rules at the last minute.

It was behavior that typified nearly two years of nuclear talks in which Iran refused to commit to the fine print in order to avoid being boxed in; resulting in a 159-page agreement that is dwarfed by the thousands of pages in similar nuclear agreements with the old Soviet Union and North Korea.

That split behavior has been most explicit in Ali Khamenei, the regime’s top mullah, who has persistently and publicly undercut Rouhani following the nuclear agreement in order to demonstrate his firm control over regime matters and relegate Rouhani to the figurehead status many have claimed he remains.

According to Dr. Majid Rafizadeh, head of the International American Council, writing in Huffington Post, Khamenei has ruled out any “snap-back” option with regards to the sanctions.

“First, he wants sanctions to be lifted at the outset, then he wants to make sure that the international community will not have any mechanism through which it can re-impose sanctions in the very likely scenario that Iran decides to pull out of the nuclear agreement and go full speed ahead on uranium enrichment,” he writes.

“But wait, that’s not all, there is another condition to be met as well. After Khamenei had his president and nuclear team add the condition of the removal of an arms embargo to the nuclear agreement in the eleventh hour, he is now adding the removal of all sanctions (including the ones linked to Iran’s terrorism and human rights violations) to the already-done nuclear deal,” he added.

Another sign of the growing tightening of control by Khamenei was discussed by Gerald F. Seib in the Wall Street Journal.

“Iran also has arrested Nizar Zakka, a Lebanese information-technology specialist who lives in Washington and has permanent-resident status in the U.S. At the same time, Iranian businessmen with ties to foreign firms are being harassed by Iran’s state-security apparatus,” Seib writes. “These detentions are likely the work of Iran’s Revolutionary Guards, who function as a kind of parallel government operating alongside—and apparently beyond the influence of—the official government of President Hassan Rouhani and Foreign Minister Javad Zarif, with whom the U.S. and other world powers negotiated the nuclear deal.”

The broad range of actions by the regime over the last few months leaves very little doubt about the intentions of the mullahs and Khamenei in particular.

He is not interested in accommodation. He has no time for negotiations. He has no belief in moderation.

The regime has even stepped up arrests domestically, including two journalists, one a former deputy culture minister who was jailed in the 2009 crackdown that followed the disputed reelection of then-President Mahmoud Ahmadinejad.

The son of ex-official Issa Saharkhiz told news media his father was arrested this week at his residence in Tehran on charges that include “insulting the supreme leader” and “propaganda against the regime.” The arrests are likely to have a chilling effect on journalists and activists ahead of major elections early next year in Iran.

Meanwhile, a relative of Ehsan Mazandarani, editor in chief of the Iranian regime’s daily Farhikhtegan, said that Mazandarani was detained the same day, also in the capital by agents of the Revolutionary Guards Corps.

Even as these crackdowns increase – and in spite of criticism from human rights and dissident groups – in a vote held Monday, regime lawmakers opted overwhelmingly to continue pushing the “Death to America” slogan chanted across the country on Fridays, after regime ally’s Friday prayer services, and with special zeal every November 4th – the day Iranian mullahs commemorates the beginning of the 1977 siege on the U.S. Embassy in Tehran.

Khamenei picks and chooses his fights and he clearly intends on fighting any notion of moderation.