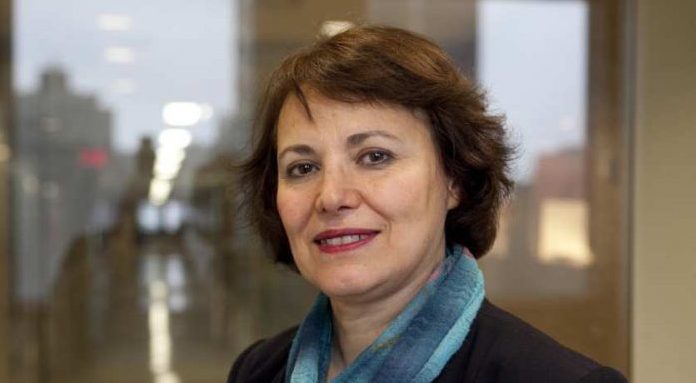 The Iranian regime’s human rights abuses are well documented by a whole host of organizations and governments. Amnesty International regularly lists Iran as one of its worst offenders and catalogs the list of executions, arrests, sham trials and accounts of torture with mind-numbing repetition.

The United Nations has also documented the long abuses perpetrated by the mullahs in Tehran to the extent it appointed a special rapporteur for human rights just for Iran. That appointee, Ahmed Shaheed, has released extensive reports detailing those abuses ranging from public executions of juveniles to summary trials without legal representation.

The persecution of religious minorities has been an especially problematic area of concern for Shaheed who has spoken out aggressively on the plight of those of the Baha’i religious minority in Iran.

A statement issued on June 8 by the United Nations Commission on Human Rights accused the Iranian regime’s religious, judicial, and political authorities of making “verbal attacks” that show “extreme intolerance” toward the Baha’i community and that “could encourage discrimination and possibly acts of violence against the group by others.”

Shaheed, said there was an “ongoing and systematic persecution” of Baha’is by the Iranian government that violates the country’s international legal obligations.

The UN says there are currently at least 72 Baha’is in Iranian prisons “solely because of their religious beliefs and practices.”

Heiner Bieelfeldt, the UN special rapporteur on freedom of religion, said that “increasingly hostile rhetoric” now puts Iran’s Baha’i community at “a very dangerous precipice where its very existence may be threatened.”

Various nations such as the U.S. State Department and the European Union have regularly issued annual reports citing these abuses and levied economic sanctions to punish the Iranian regime for the worst of them.

For the Iran lobby, it has been a full time job defending the regime and trying to divert attention away whenever these reports and condemnations come out. Groups such as the National Iranian American Council make every effort to divert attention away from human rights abuses because it knows it has no defense, no argument that can obscure the horrific details of the atrocities committed on innocent Iranians.

But the extent of Iran’s human rights violations extend beyond the gross abuses that capture headlines and reach out into less sinister, but more effective ways of keeping a restive population in check and silencing its critics.

One of the chief tools the regime relies on is not making any distinction for Iranians holding passports of foreign countries. For the mullahs in Tehran, once an Iranian, always an Iranian, even if you are a citizen of the U.S., Canada or Brazil, which allows them to arrest any Iranian they wish.

It’s the extralegal tool the Iranian regime has used to pluck anyone it finds critical of the regime’s policies or a threat to the rule of the mullahs. It has been used to arrest and imprison people such as Jason Rezaian of the Washington Post and most recently a 65-year old Canadian university professor.

Homa Hoodfar was arrested Monday after being interrogated by authorities, according to a statement published by her family.

Her relatives say the Concordia University professor was in Iran conducting research. She was initially arrested in March, shortly before she was scheduled to leave the country, her family says, and was prohibited from leaving.

Her passport, research documents, computer and other personal belongings were confiscated by the state, the statement said. Hoodfar was then rearrested this week and placed in the notorious Evin prison without benefit of legal counsel.

“The authorities have not made clear whether Prof. Hoodfar is being charged with espionage, sedition or propaganda against the state,” her family said.

The Iranian regime has also used generic violations of law such as “spreading propaganda” to arrest anyone ranging from rappers and bloggers to journalists to students.

For example, two musicians and a film-maker have begun three-year jail sentences in Iran for the online distribution of underground music.

The three men, who have been described by Amnesty International as prisoners of conscience, were summoned to serve their sentences last week after an appeals court upheld their conviction.

A three-minute trial in 2015 found brothers Mehdi and Hossein Rajabian, 26 and 31, and their friend Yousef Emadi, 35, guilty of “insulting Islamic sanctities”, “spreading propaganda against the system” and “illegal audio-visual activities” for the distribution of music unlicensed by the cultural ministry.

They did not have access to lawyers during the trial, activists said.

The mullahs in Iran don’t miss an opportunity to push the boundaries of what acceptable behavior is according to them, even go to the absurd length of banning a popular Iranian soccer player for six months for wearing yellow “SpongeBob pants” based on the cartoon character in photos on social media.

The Iranian football federation’s morality committee cited Makani’s clothing as “inappropriate” and the cause for his suspension. However, the decision isn’t final, and Makani can appeal through an Appeals Committee.

The fact that Iran has a “morality” committee for sports demonstrates just how far afield the regime is and how it will never bend as long as the mullahs are in charge.