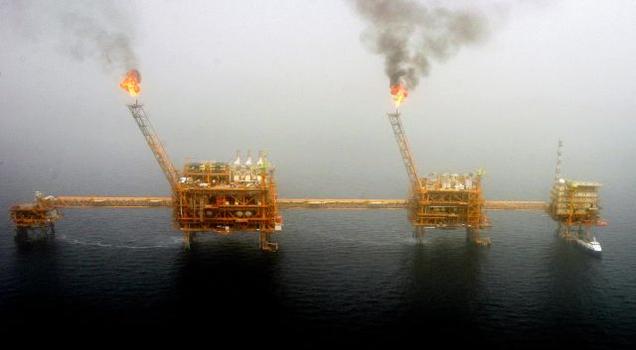 The Iranian regime’s Hassan Rouhani put out the invitation to a select group of high-powered investors to come visit the regime in the hopes of garnering new investments to help jump-start a stagnant economy that has only gotten worse after promises for improvements by Rouhani proved false after the nuclear agreement. Rouhani did not mention anything about the dual citizens who will end up in prison for a cash ransom.

Rouhani’s invite went to the 20-20 Investment Association, a group of influential investors overseeing $7 trillion of assets, much of it though is held within government-run pension funds which are prohibited by many state laws from investing in Iran because of its support of terrorism. This includes some of the biggest pension funds run by California, New York and Texas.

James Donald, head of emerging markets at Lazard Asset Management, the US fund company that oversees $174 billion of assets, and a board member of the 20-20 association, said the invitation reflected the Iranian regime’s desire to attract more foreign investors.

Donald said: “The group at this stage has not accepted the invitation. An awful lot of large government pension plans have restrictions on Iranian investments and [on] any company that does business in Iran. There is talk of [the remaining sanctions being removed]. I think there would have to be a federal law change [for banks and asset managers to move en masse into the Iranian market].”

In addition Rouhani’s pleas, the regime-controlled National Iranian Oil Co. issued a request for bidders to invest in Iran’s slumping oil industry which powers much of the regime’s overseas and military activities.

The mullahs in Tehran are anxious to try and diversify its investors because in the prior decade of sanctions imposed stemming from its illicit nuclear weapons program, the only dominant investor willing to ignore Western sanctions was China. In many cases, Iran’s oil, telecommunications, manufacturing and other heavy industries are run almost entirely by Chinese workers and managers.

According to the Chicago Tribune, Western investors have been slow to arrive. That’s especially true in the energy sector, where pressure to increase production is intense. Elsewhere, Western clearing banks still refuse to do business with Iran for fear of falling foul of non-nuclear U.S. sanctions that remain in effect, meaning Western companies can’t raise project finance.

This has created intense pressure on the mullahs to find some way to bring in foreign dollars to modernize its antiquated oil industry in order to get more oil out of the ground and sold to bring in hard dollars to fund three widespread wars Iran is now fighting in Syria, Iraq and Yemen.

The regrettable end game for the mullahs is to rip off Iran’s natural resources not for the benefit of the Iranian people, but rather fund the Islamic revolutionary expansion they are pushing abroad.

Recognizing the limitations of sanctions still in place, in spite of recent moves by the Obama administration to further accommodate a regime threatening to walk away from the nuclear deal in order to extort more concessions, the Central Bank of Iran announced it had informed banks throughout Iran that any failure by non-American banks to provide dollar-related services to Iranians would be “unacceptable” according to regime-controlled media.

“Providing dollar-related services [to Iranians] will no longer expose non-American banks to the risks of sanctions provided that they stay clear of US financial system,” the CBI said in its statement.

“Therefore, non-American banks cannot use US sanctions against Iran as an excuse for refusing to provide dollar-related services to Iranian individuals and entities.”

It is a desperate statement to make since Iran is not the final arbiter of what is and is not allowed under existing sanctions still in place, but the regime is so desperate for cash it is bullying financial institutions into handling US currency in order to get the flow of cash moving through Iran again.

It’s an explicit warning aimed especially at European and Asian banks who have been reluctant to engage in US currency exchanges with Iran for fear of running afoul of US officials, especially since there is significant uncertainty with the upcoming presidential election virtually guaranteeing a change in policy towards Iran come next January.

All of which highlights the futility of the promises and claims made by the Iran lobby following the nuclear deal in which leading supporters of the regime such as the National Iranian American Council promised a more moderate Iran willing to work to end the series of conflicts in the Middle East.

Instead, the world has amply seen the exact opposite with the breaking out of a shooting war between the US Navy and Iranian-backed Houthi forces in Yemen, the ferrying of thousands of Iranian-backed Shiite militias from Iraq into Syria via Iranian airlines to fight for the Assad regime.

The rapid escalation in fighting in these countries is draining the regime’s treasury in spite of the billions of dollars it received as part of the hostage exchange of Americans and the release of frozen assets back to the Iranian regime.

The mullahs squandered those funds and it seems that they are now rapidly trying to squander billions more in foreign investment.