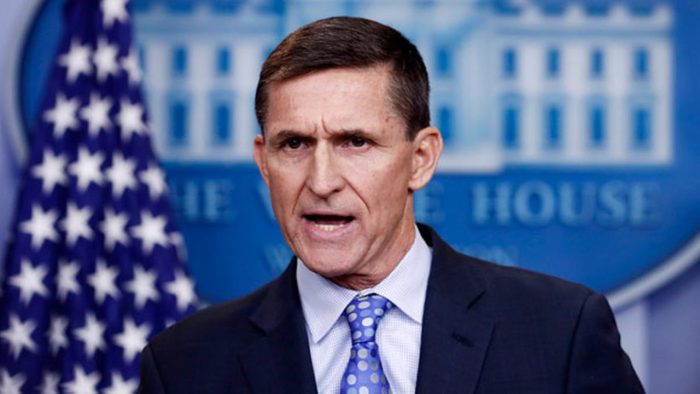 At long last we have finally crossed the Rubicon after over two decades of continually trying to appease the Iranian regime, as the Trump administration turned its attention to the militant acts of the Iranian regime with a stern warning that Iran was put “on notice” that the U.S. would no longer tolerate acts such as the test launching of a ballistic missile.

A statement from Trump’s national security adviser, Michael Flynn, indicating that Obama’s less confrontational approach toward Iran was now over.

“As of today, we are officially putting Iran on notice,” he told reporters in his first appearance in the White House press briefing room.`

Three senior U.S. officials, speaking on condition of anonymity, said a range of options, including economic sanctions, was being considered and that a broad review was being conducted of the U.S. posture toward Iran, according to Reuters.

One official said the intent of Flynn’s message was to make clear the administration would not be “shy or reticent” toward Tehran.

“We are in the process of evaluating the strategic options and the framework for how we want to approach these issues,” the official said. “We do not want to be premature or rash or take any action that would foreclose options or unnecessarily contribute to a negative response.”

The stern warning came after reports surfaced that the intended target of attacks by Iranian-backed Houthi rebels in the Red Sea was not Saudi coalition ships, but rather U.S. Navy warships.

The Saudi government confirmed on Monday that Houthis had attacked one of its frigates patrolling the Red Sea near Yemen, killing two crew members and wounding three others.

Ynet News notes the Houthis posted a video of the attack, which appears to show an anti-ship missile hitting a ship, while rebels shout, “Death to America! Death to Israel!” in the background.

On Tuesday afternoon, Fox News reported that the Pentagon believes the attack was indeed carried out by suicide boat, and the intended target was actually an American warship. The Houthis launched missiles at U.S. Navy ships in the Red Sea in October, in the same general area as this new attack.

“U.S. defense analysts believe those behind the attack either thought the bomber was striking an American warship or that this was a ‘dress rehearsal’ similar to the attack on the USS Cole,” said one Pentagon official, per Fox News.

Trump and Saudi Arabia’s ruler, King Salman, spoke by phone on Sunday and were described by the White House as agreeing on the importance of enforcing the deal and “addressing Iran’s destabilizing regional activities.”

Trump has frequently criticized the Iran nuclear deal negotiated by the Obama administration, calling the agreement weak and ineffective.

While campaigning in September, then-candidate Trump also vowed that any Iranian vessels that harass the U.S. Navy would be “shot out of the water” if he is elected.

The fact that the warning came—not from the State Department—but directly from the White House briefing room with a senior cabinet official is seen as a show of how serious Trump’s position is now on the issue of Iran.

For critics of the Iran deal, the declaration is a sign of Trump’s distancing it’s administration from the past years of appeasement and marks a return to normalcy in the diplomatic approach to the Iranian regime that the previous three presidential administrations pursued.

Flynn’s comments came on the same day that Republicans in the House announced plans for legislation targeting Iran’s support for “terrorism, human rights abuses and ballistic missile program.” Among other steps, the measure would impose new sanctions on Iran’s Islamic Revolutionary Guard Corps and against people who “knowingly aid” its missile program. Similar legislation was previously introduced in the Senate.

The legislative action has been called for repeatedly by Iranian dissident groups who have urged measures to restrain the IRGC which carries out much of the regime’s most militant and violent actions.

Flynn said the launch was a violation of a United Nations resolution passed shortly after the landmark 2015 nuclear deal between Iran and six world powers was reached.

“The Obama administration failed to respond adequately to Tehran’s malign actions — including weapons transfers, support for terrorism, and other violations of international norms,” Flynn said.

Resolution 2231 calls on Iran “not to undertake any activity related to ballistic missiles designed to be capable of delivering nuclear weapons, including launches using such ballistic missile technology.”