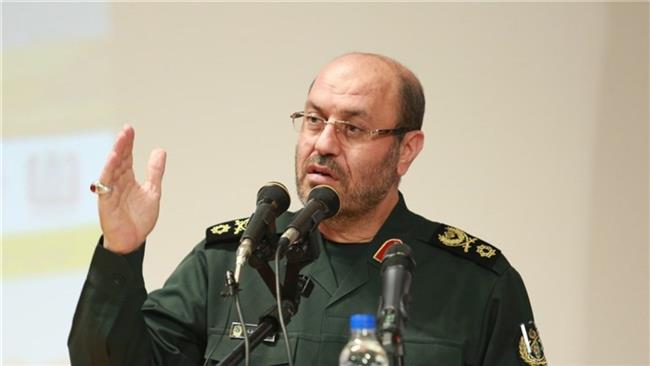 Most of the public pronouncements made by leaders of the Iranian regime are meant to incite strong reactions be it threats to destroy its enemies or bury large swathes of the world under a barrage of Islamic missiles and rockets.

Targets for the verbal histrionics typically includs the U.S., Israel, Saudi Arabia, the Gulf states, Canada, the U.K., France, Sunnis, Christians, women, Iranian dissidents, Instagram users and just about anyone else that seems to offend the mullahs; which seems to be about everyone on the planet not aligned with them.

Often the threats are hollow and empty and indicative of the weakness inherent in a regime that has to resort to verbal threats to get its point across, but every so often the regime makes itself known and to more discerning ears, therein lays nuggets of truth.

When top mullah Ali Khamenei called a resistance economy of sacrifice and deprivation from the Iranian people in order to keep the supply pipeline filled to prop up the Assad regime in Syria, he was telling the truth.

When Hassan Rouhani said in an interview that Iran does not recognize dual national citizens and that any Iranian, regardless of their passport was fair game for arrest, he wasn’t kidding.

Now we have the latest example of regime bloviating in the form of comments made by regime defense minister Hossein Dehghan, a well-known regime blowhard, who claimed that Donald Trump’s election could lead to a “world war” if the president-elect fulfilled his promise of altering the nuclear agreement with Iran.

Dehghan promised that Israel and all of Iran’s enemies in the region, including the Gulf states, would be destroyed. He further claimed that Trump’s previous statements had caused “unease” among America’s allies in the region, according to the regime’s Mehr’s news agency.

Dehghan’s singling out of the Gulf states of Bahrain, United Arab Emirates and Qatar was not by coincidence. They, along with Saudi Arabia, have proven to be the biggest thorn in Iranian regime’s side, especially in the Syrian civil war and uprising in Yemen, both fomented by Iran.

Dehghan’s bluster also includes the truth that the Iranian regime is pretty concerned over what Trump and his new cabinet will do as it relates to future relations with Iran. It is unlikely Trump will seek out confrontations with Iran as the Iran lobby has maintained since the election last month.

Given Trump’s penchant for hammering out deals and extracting concessions, he is likely to view the Iranian regime as an untrustworthy partner in any deal that requires close monitoring and specific punishment for any violation.

The difficulty Trump faces are the result of the failed policies of trying to appease the Iranian regime in order to change it by the Obama administration. Fortunately for Trump, he has a history of blunders to learn from over the past two years, which makes Dehghan’s comments noteworthy—not for the bluster—but for the real anxiety that seems to be gripping a Tehran that doesn’t quite know what to expect from Trump and how to deal with him.

Consequently, the default setting for the regime is to threaten first and then threaten again.

For Tehran, the operating manual for diplomacy now seems to be consist of making threats over and over again.

In order to back up those threats, the Iranian military has launched into a series of massive war drills to showcase it supposed muscle and fend off any potential attacks against it. The fact that Iran has to hold military drills because it fears an actual attack clearly shows how the attitude of the mullahs in Tehran has shifted rapidly from smugness to fear.

“The Islamic Republic of Iran’s military forces enjoy supremacy over the Persian Gulf region more than any other time,” Brigadier General Massoud Jazzayeri, the deputy chief of staff of the regime’s armed forces, was quoted as saying over the weekend. “The military and security conditions of the Persian Gulf are in a way that the enemy’s forces and equipment are fully within the range of the Iranian military men.”

As part of these drills, the regime’s military was busy unveiling almost every piece of new hardware it claimed to have developed including a new drone in a ritual of show-and-tell designed to mollify Iranian leaders more than dissuade the U.S.

What probably concerns Tehran more is not the threat of war, as much as the possibility that Trump will use the subtle levers of power to nudge the regime back on a course of real diplomacy and meaningful reforms at home. Bloomberg editorialized that Trump has ample tools at his disposal to crack down on Iran without necessarily tearing up the nuclear agreement on day one of his administration.

“At least Trump’s job will be made easier by Congress, which just extended the Iran Sanctions Act, allowing the U.S. to punish Iranian entities involved with terrorism, illegal weapons and human-rights violations. Trump can and should also end the de facto policy of looking the other way at Iran’s early infringements of the pact, such as the recent revelation that it had exceeded the deal’s cap on how much heavy water it is allowed to stockpile,” the Bloomberg editorial board said.

“In the long term, the six nations should try to negotiate changes in both the nuclear pact itself and the related side agreements (all of which the U.S. should make public). Iran may well be willing to come to the table. It complains that it has seen very little of the estimated $100 billion of its assets that had been frozen in foreign banks, due to other U.S. sanctions and rules making it hard to “dollarize” the funds for transfer. In addition, the hoped-for rush of investment by European energy companies — and the banks that accompany them — has been slow to materialize,” Bloomberg added.

That economic hammer remains the biggest one the U.S. possesses and one Trump understands intimately. For Trump, this new “art of the Iran deal” may very well prove to be right up his alley and that has the mullahs terrified.