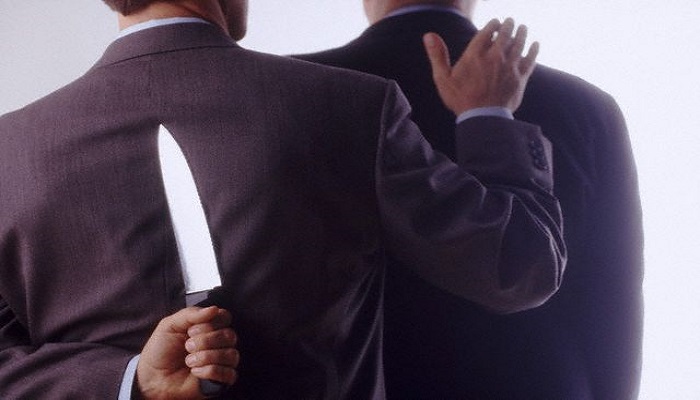 It seems the National Iranian American Council can’t catch a break from its Iran regime taskmasters. Just as NIAC is ramping up a new campaign to try and sway one or two Democratic Senators away from the building coalition in favor of the Corker-Menendez bill to place any nuclear agreement with Iran under Congressional review, the regime’s top mullah, Ali Khamenei and his handpicked president Hassan Rouhani blasted the U.S. version of the framework agreement.

His comments echoed similar statements made by Foreign Minister Javad Zarif, the regime’s nuclear chief and military officials, all of whom within the past few days have similarly denounced the U.S. position on the framework agreement and reiterated the regime’s red lines in the sand before the June 30th deadline for a final agreement.

The contradictions to U.S. positions extended to Central Intelligence Agency director John O. Brennan who believed Khamenei had been persuaded to approve a deal to avoid economic free fall in Iran, but Khamenei disputed that contention.

“There was no need to take a position,” Khamenei said. “The officials are saying that nothing has been done yet and nothing is obligatory. I neither agree nor disagree.”

Khamenei even took to Twitter claiming that an American fact sheet on the framework deal was “contrary to what was agreed.”

“We will not sign any agreement, unless all economic sanctions are totally lifted on the first day of the implementation of the deal,” Rouhani said during a ceremony marking Iran’s nuclear technology day, which celebrates the country’s nuclear achievements.

The fact that Khamenei is empowered under the regime’s constitution to be the final and authoritative voice on all foreign policy matters leaves its lobbyists like the NIAC in a pickle. While spokesmen such as Trita Parsi have been loud in praising the framework, they’ve been as mute as a monk taking vows of silence over the broad and vociferous denunciations of the same agreement by the Iran regime’s top leadership.

The imposition of a sanctions red-line by Khamenei may again sink nuclear talks for a third time and may very well be the eventual aim of Khamenei unless he gets what he desires most – the immediate lifting of all economic sanctions so he can replenish the coffers of a treasury bled dry by four proxy wars and a plummeting oil market.

“The supreme leader is saying all sanctions must be lifted as soon as a deal is signed, which is an impossible hard line,” said Michael Singh, a fellow at the Washington Institute for Near East Policy and a former senior director for Middle East affairs for the National Security Council. “President Obama can agree to almost anything, but he cannot promise immediate and total sanctions relief because that’s up to Congress and Congress is not going to do that.”

All of which explains NIAC’s desperation to persuade one or two Democratic Senators to switch and support the regime in order to avoid a veto override by Congress. Like the jury in the trial of Boston Marathon bomber Dzhokhar Tsarnaev, the object is to not defend on guilt or innocence, but to simply convince one jury to not impose the death penalty. The NIAC could care less what Iran’s leaders say in denouncing the deal, but what they care about is pressuring just one or two Senators enough to preserve the Administration’s ability to deliver a win for the mullahs.

The real prize for the regime is not nuclear weapons – that would be a bonus – the real win is the lifting of economic sanctions which have placed the mullahs in the uncomfortable position of trying to hold a lid on a dis-satisfied population asking the question: “Why not have regime change and make things better?”

It’s a question worth supporting.