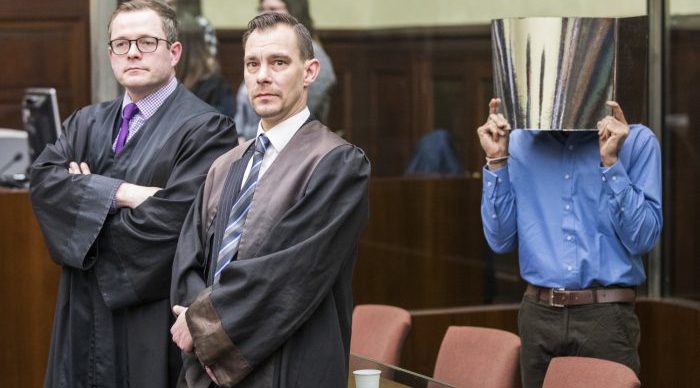 The Iranian regime is sensing an opportunity to expand its influence through its use of its operatives and proxies in the Ministry of Intelligence and its lobbying and public relations efforts that were used during the run up to the nuclear agreement reached with the U.S. and five other nations.

The regime’s own intelligence minister has been busy boasting about the regime’s ability to run a lobbying group in the very heart of the “Great Satan” in Washington, DC.

Amir Basiri, a contributor to the Washington Examiner’s Beltway Confidential blog and an Iranian human rights activist, detailed these claims in an editorial.

According to Alavi, Iranian dual citizens in the United States, Canada and the United Kingdom have maintained their loyalty to the “Islamic revolution,” the mullahs’ hallmark motto ever since 1979, through which they have wreaked havoc across the region and beyond, he said.

A “lobby group for the Islamic Republic of Iran” is actively bolstering Tehran’s status in the international stage and helping to sell and legitimize its nuclear ambitions as just causes to the globe, Alavi claimed.

“The head of Iran’s intelligence apparatus did not bother to name the specific lobby entity. One certain group, however, the National Iranian American Council, has been the target of major criticism in the past several months, with accusations of the group lobbying on Tehran’s behalf. Various dissident organizations are demanding the Trump administration to launch an official probe digging into NIAC’s history and nature of its current events,” Basiri added.

What was interesting was that the NIAC, did not deny Alavi’s claims.

Basiri pointed out that Congress has also been petitioned to investigate ties between Iran and the NIAC, and the latter’s active drive to promote a pro-Tehran agenda in Washington. Sen. Bob Corker, R-Tenn., and Rep. Ed Royce, R-Calif., who chair the foreign affairs committees in each chamber of Congress, have received specific letters signaling the importance of urgent action in this regard.

NIAC was once again under the spotlight this January for its actions of presenting a positive image of the Iran nuclear deal and advocating a pro-diplomatic approach with Tehran. The media reported extensively on how two senior Iranian regime supporters, former Iranian nuclear diplomat Hossein Mousavian and NIAC founder and president Trita Parsi, enjoyed access to the Obama White House on more than 30 occasions, conducting meetings with senior administration officials, while a former NIAC staffer now directs Iran policy at the State Department.

Alavi’s recent remarks are source for serious concern as entities advocating Iran’s agenda in the American capital are obliged by the Foreign Agents Registration Act to disclose the nature of their work. This even includes conditions where the relationship does not involve money exchanges, at least not through legal and opaque channels.

For years Iran has been known to forward an official plot of boosting relations with groups promoting anti-war and pro-regime policies in the West. Improving contacts with Iranian dual nationals living in the West has been high on Tehran’s agenda on this matter.

One major task of this network has been discrediting those opposing the regime in Tehran and taking measures against any efforts voicing support for Iran regime change. The main Iranian opposition group, the National Council of Resistance of Iran, and its most important member, the People’s Mojahedin Organization of Iran (PMOI/MEK), have been the constant target of smear campaigns launched and orchestrated by the Iranian regime and NIAC, according to Basiri.

Not only has the Iranian regime worked hard to develop its lobbying resources, but it has continued to expand on its efforts to spy and conduct terror operations on its neighbors as the government of Bahrain announced Sunday that it had arrested over a dozen individuals believed to have planted a bomb on a police bus and received training from Hezbollah and the government of Iran.

Bahrain’s interior ministry issued a statement Sunday confirming the arrests of 14 individuals who “are suspected of receiving overseas military training under the supervision of the Iranian Revolutionary Guards and Hezbollah in Iraq,” according to the Associated Press. The men were arrested as part of a larger raid on a property that authorities claimed was stocked with weapons; police say the terror cell was planning assassinations, though they did not specify if they believed the men were targeting any officials in particular.

Al-Arabiya adds that authorities believe the alleged terrorists arrested were working under the supervision of Mortadha Majeed al-Sindi and Qassim Abdullah Ali, the latter of which has received a “Specially Designated Global Terrorist” label from the U.S. State Department. Reuters identifies both men as “exiled Bahrainis living in Iran.” In addition to being led by individuals living in Iran, the terror cell boasted a number of individuals with ties to Iranian terror groups. Voice of America cites local outlets who reported that official identified five alleged terrorists as having received training from Hezbollah, and another six who had been trained by IRGC leaders.

In another case, a Pakistani man was convicted in Germany on Monday of spying for Iran to search out potential attack targets for the Revolutionary Guards.

The defendant, 31-year-old Mustufa Haidar Syed-Naqfi, was sentenced to four years and three months in prison “for working for a foreign intelligence service”, a spokeswoman for Berlin’s superior court said.

The court found he spied “against Germany and another NATO member”, France, for the Quds Force, the foreign operations wing of the elite Revolutionary Guards.

Syed-Naqfi compiled dossiers on possible attack targets – a German lawmaker who is the former head of a German-Israeli organisation, and a French-Israeli economics professor.

Investigators found detailed dossiers on the men and their daily routines, with hundreds of photos and video clips.

A representative of Germany’s domestic intelligence service, which handles counterespionage, said it was alerted to the defendant by a “reliable” source.

The service suspected the Quds Force was preparing for a possible future conflict with the United States and Israel, when it could hit targets in Europe in a form of “asymmetrical warfare”.