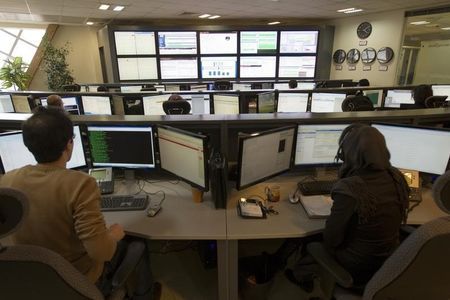 Supporters of the Iranian regime have lately begun a full frontal assault against the tidal wave of criticisms and bad news afflicting the regime ranging from the disclosures of the $400 million ransom payment for American hostages to a just announced crackdown against social media users in Iran.

The embarrassing revelations about the Obama administration’s use of the $400 million as “leverage” over the Americans being held hostage was the key issue causing consternation among Iran lobby supporters.

The simple correlation of money for hostages resonated with Americans and forced many of the more prominent members of the Iran lobby to go into virtual hibernation on the issue. One of the defendants of the cash swap was a policy intern and student writing in Politico.

Michael Wackenreuter made the argument that American diplomacy is often rife with venturing into “gray areas” where leaders have had to compromise core principles. He harkens back to the Reagan administration’s upholding of an asset transfer to Iran the Carter administration negotiated. The difficulty with his position is that none of his examples are applicable to this situation.

The issue is one of perception and the perception involved here is not from the U.S. viewpoint, but rather those of the mullahs in Tehran because it what they believe that has the most impact and ramifications for the future. If they believe that holding hostages yields important benefits such as concessions or cash and there are no repercussions, then why not keep doing it?

It is this perception that now dominates as the Iranian regime once again goes on a hostage-taking binge including more Americans and yet again it finds there are no consequences for their actions.

That, more than anything else, is why the Iran lobby is fighting so hard against these negative stories because if Iran was indeed held accountable for its actions, then the narrative and even the regime itself would change dramatically.

That much was on display with Ali Gharib’s post in Lobelog.com, a well-known water carrier for the Iranian regime, in which he tries to dispute the Wall Street Journal story by Jay Solomon looking back at the year since the nuclear deal was reached and how ineffective it has been in curbing Iran’s more aggressive and militant intentions.

Chief among Gharib’s contentions is the alleged victory by “moderates” in parliamentary elections in Iran, but he himself neglects to mention the eradication of thousands of candidates from the ballot by the senior clerical leadership of the regime, including virtually every moderate or dissident candidate not already in prison or on their way to the gallows.

“Then there is the hope—again, not the prime aim—of the deal’s proponents that Iran’s foreign policy might become more moderate as well. As Solomon points out in his bill of particulars, that has not been the case: the Iranian government has used the financial benefits brought by the accord to beef up its military spending, and still involves itself in nefarious ways in the Middle East, continuing its support to unsavory groups like Lebanon’s Hezbollah and Yemen’s Houthis and, especially, its robust assistance to Syrian dictator Bashar al-Assad,” Gharib said, even admitting the how the Iran regime continues to wage war throughout the region.

Even with all these efforts to defend the regime, the criticisms against how the U.S. has appeased the mullahs has mounted as the evidence grows of the ramifications of such actions.

Aaron David Miller, vice president at the Woodrow Wilson Center for Scholars, took to the Wall Street Journal to explain how the dangerous the precedent is in bowing to Iran’s demands for the future.

“Here’s the larger and more potentially damaging perception beyond the general embarrassment: In the Middle East, strength and negotiating acumen are prized; they demonstrate power and credibility. And the region tends to consider actions and strategy in a time frame that stretches far beyond the four- and eight-year scale of U.S. politics. Meanwhile, the Obama administration’s handling of Iran in this situation plays into the narrative that the U.S. is weak and feckless and behaving as if it doesn’t know what it’s doing,” he writes.

“Some will see this as proof that the U.S. is unable or unwilling to contain Iran’s influence in the region, whether because the administration fears that pushing the Iranians too hard on Syria might jeopardize the international agreement over Tehran’s nuclear program–a seminal achievement for Mr. Obama–or because the U.S. is wary of deeper involvement in the region,” he adds.

All of which feeds into the narrative of a weakened U.S. foreign policy that lacks focus and commitment, as displayed when the ransom payment became the butt of a joke from a foreign leader.

President of the Philippines Rodrigo Duterte recently remarked that all it takes to extract money out of the U.S. is to insult the country and hope U.S. officials come running to make amends with funds.

“After Kerry visited the Philippines, he left us $33 million,” Duterte told an audience at Camp Lapu Lapu. “I told myself, ‘this seems cool. Let’s take a swipe at them again so they will make amends with money.’”

The perceived lack of repercussions in the face of growing Iranian human rights abuses has started a flurry of provocative actions, the latest of which was that the cyber-arm of Iran’s repressive Revolutionary Guard says it has summoned, detained and warned some 450 administrators of social media groups in recent weeks.

The announcement Tuesday, carried on a website affiliated with the Guard’s cyber arm, says those detained used social media like the messaging app Telegram, which is popular in Iran.

The announcement says those detained or summoned made posts that were considered immoral, were related to modeling, or which insulted religious beliefs. It says the Guard only took action after “judicial procedures” were completed, without elaborating.

The move augurs a new phase in a domestic crackdown in Iran, one that the Iran lobby will surely work to divert attention from.