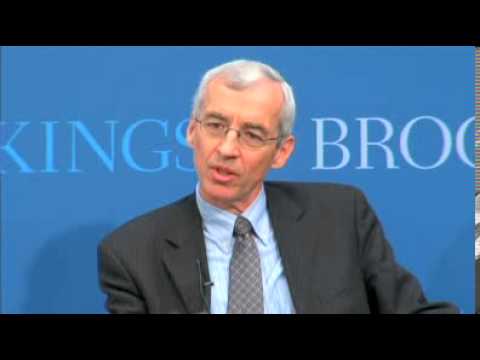 In what has to be one of more astounding editorials written about the Paris attacks, Paul R. Pillar, a frequent supporter of the Iranian regime, penned a piece in the National Interest in which he actually tried to make the argument that the attacks were an example of “amateurish” tactics and that the outsized response from governments and media bordered on hysteria and ISIS did not warrant much respect.

“It is a mistake to regard the ISIS entity as a font of critical skills needed to kill people,” Pillar writes.

Let’s think about that statement for a moment. Pillar actually makes the claim that ISIS lacks the skills to kill people. That absurd statement ranks right up there with his previous editorials arguing vociferously for the nuclear agreement with the Iranian regime and his claims that doing so would usher in a new and peaceful phase in Middle East tensions.

Well, we certainly know how that worked out.

Pillar’s piece was reprinted faithfully in Lobelog.com, another loyal member of the Iran lobbying effort alongside the National Iranian American Council and Ploughshares Fund just to name a few; all of whom have recently made efforts to divert attention away from the bloody carnage in Paris and now Mali, and instead try to shift the discussion onto discrimination of Syrian refugees or warning of an overreaction in cracking down on civil liberties.

All of the members of the Iran lobby neglect to mention that the center and source of all of these problems starts and ends with the Iranian regime’s fanatical support of the Assad regime in Syria which started the conflict in the first place and helped spawn ISIS in the sectarian fight that sprang up when the mullahs in Tehran sent in thousands of Hezbollah fighters from Lebanon, Shiite Militias from Iraq and mercenaries from Afghanistan added to milliards of dollars to help keep its proxy in power in Syria.

The fact that Pillar attempts to gloss over the planning and execution necessary for the Paris attacks is unfathomable, other than he is trying hard to minimize the import of what the attacks mean for the West. He argues:

But Pillar exhibits the singular trait that afflicts all supporters of the Iranian regime; the desire to absolve it of any responsibility for spreading and fostering the kind of extremist Islamic belief that is now shaking the world with widespread, multiple and frequent attacks.

Pillar also neglects to mention another key facet of these attacks that is significantly more disturbing than the actual loss of human life; it’s the fact these attacks are not supported with any public demands.

There are no calls to release political prisoners or comrades. No demands for ransom or payments. No negotiations over territorial claims or grievances.

These attacks are based solely on the nihilistic extremist beliefs that also power and drive the mullahs in Tehran.

“The death toll for all of the Paris attacks, as shocking as it understandably was, nonetheless was much less than a more skillfully conducted operation involving a comparable number of attackers would have inflicted,” Pillar writes. “The attack team that went after the most target-rich location—a sports arena with tens of thousands of people—managed to kill only one other person besides themselves.”

I’m sure the families of those slain would disagree with Pillar on the skill level involved in murdering their loved ones, but his comments reflect the almost callous disregard the Iran lobby has for human suffering. Very similar to the Iranian regime’s initial condemnation of the attack but its consequent show of happiness by shamefully putting the blame on the French authorities in its state wide papers and media.

At key points in the travesty that is the human rights record of the Iranian regime, Pillar and his cohorts including Trita Parsi and Reza Marashi of NIAC, Jim Lobe of Lobelog.com and others have been struck deaf and mute when it comes to protesting the abhorrent human rights abuses of the mullahs in Tehran either in their comments to news media or in their own social media posts.

Americans held hostage, journalists rounded up, religious minorities imprisoned, social media administrators tossed in jail, dissidents executed, all these actions and more and warranted hardly a murmur of protest and yet Pillar deigns to call terror attacks in Paris as “amateurish.”

The only real amateurish act in this tragedy is the effort by the Iran lobby to whitewash the blood off the streets of Paris.