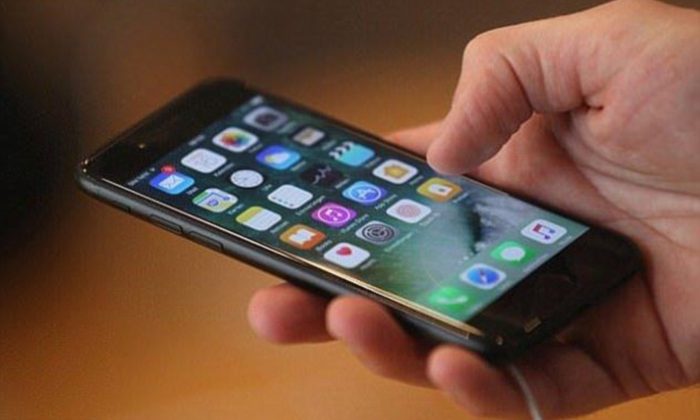 One of the hallmarks of the Iran lobby, especially the National Iranian American Council, has been its consistent boasting of looking out of the interests of average, ordinary Iranian-Americans. That’s why it has spent considerable energy burnishing its credentials through attacking the Trump administration’s immigration proposals aimed at curbing terrorism and supporting the Iran nuclear agreement.

Of course, that’s exactly why the Iran lobby, especially the NIAC, cannot be trusted to advocate on behalf of ordinary Iranians; it is in the bag with the mullahs in Tehran.

This explains why the NIAC has been silent on blockbuster revelations by the National Council of Resistance of Iran, the largest dissident group to the Iranian regime, that Iran was using false front smartphone apps to secretly collect data on smartphone users in Iran, as well as around the world and may have been using the data to target and arrest protestors sweeping across Iran recently.

NCRI researchers allege in this new investigation that there are not only hundreds of smartphone apps currently being used by the Iranian regime to spy on its own citizens, some of them are available to users around the world via online marketplaces like Apple’s App Store, Google Play and GitHub.com, according to a Fox News report.

“The Iranian regime is currently hard at work to test the success of these apps on the people of Iran first,” said Alireza Jafarzadeh, the deputy director of the NCRI’s Washington office. “If not confronted, its next victims will be the people of other nations,” Jafarzadeh added, noting that the Iranian intel unit responsible for this alleged surveillance is the same group tasked with cyberwarfare against the West.

The NCRI report lists a handful of supposedly problematic apps that are available outside of Iran, despite these alleged connections to Iranian intelligence. The list includes Mobogram, Telegram Farsi and Telegram Black. Fox was able to confirm that most, if not all, are indeed still available for download.

The regime apps leverage the ability to text and communicate in native Farsi as an attribute driving many Iranians to download and use them, not knowing they are secretly developed by special cyberwarfare units within the Revolutionary Guard Corps.

It is estimated that some 40 million people in Iran were using the official Telegram app as a series of deadly protests broke out at the end of 2017, and the beginning of 2018. The apps have become popular because people outside of Iran are able to communicate with their family and friends, and because domestic users are able to evade government crackdowns on the internet.

This raises the very real specter that the regime is spying on family communications between Iranians and their American relatives and using that information to arrest and imprison any who might be viewed as dissenters.

During the mass protests that broke out last year and into this year, the regime shut down the popular Telegram app that many protestors were using to communicate with the outside world, including Western news agencies. This prompted many Iranians to switch to the fake regime apps and unwittingly placed them square in the bullseye of regime intelligence agencies.

Fox News reported that based on the NCRI revelations, Google was one of the first internet giants to remove some of the suspect apps from its Google Play and Android stores. We can only hope that Apple follows suit.

All of which makes curious why the NIAC remains silent on an issue of tremendous import to Iranian-Americans, but it silence should be surprising given its complete reticence in attacking any aspect of the Iranian regime’s policies.

In fact, why Iranian-Americans are being spied upon, the NIAC’s Trita Parsi was traveling through Kentucky to speak at a local World Affairs Council gathering and appear on local radio to again shill for the flawed Iran nuclear deal and flog the same tired myth that ditching the deal would surely lead the U.S. to war with Iran.

Ironically, it might be the Iranian regime and not the U.S. that ditches the nuclear deal first based on comments by Iranian Deputy Foreign Minister Abbas Araqchi who said if Iran did not continue to gain any benefits from the deal, especially more foreign investment, it would walk away from it first.

“If the same policy of confusion and uncertainties about the JCPOA (Joint Comprehensive Plan of Action) continues, if companies and banks are not working with Iran, we cannot remain in a deal that has no benefit for us,” Araqchi said. “That’s a fact.”

For Iran, the deal only serves as a means to an end, which is to reopen the flood-gates so cash could flow back into a regime dangerously teetering on the brink of insolvency from the cash it spent in supporting the Assad regime in Syria and the Houthi rebellion in Yemen, as well as development of its ballistic missile program.

It also means that the Iran lobby really doesn’t care much what happens to Iranians unless it benefits its PR efforts on behalf of the regime.