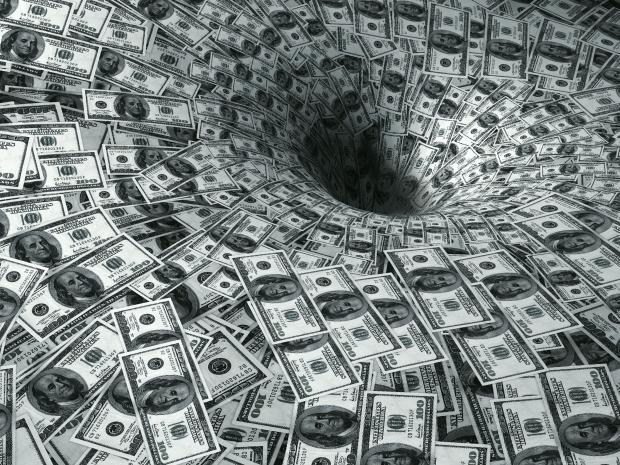 It’s not a silly question. It’s an important one because it goes to the heart of the central assertions made repeatedly by the Iran lobby that there is an internal struggle between “moderates” and “hardliners” for the future of Iran.

If you listened to people such as Trita Parsi of the National Iranian American Council or bloggers such as Jim Lobe or Ali Gharib, the struggle was a titanic war being waged between good and evil with Hassan Rouhani carrying the banner for all the true moderates in Iran seeking a better life for every Iranian.

What a load of fragrant cattle by-products to put it nicely.

The reality has been quite starkly different as the Iranian regime now controls conflicts in three countries, woos foreign nations and countries to invest and snatches up even more dual national citizens from around the world.

The latest provocation was the sentencing of several Americans to extended prison sentences in secret trials, which earned condemnation from almost every quarter of the political and diplomatic spectrum, but instead of offering any olive branches, the Iranian regime went deeper into its extremism.

According to the Washington Free Beacon, the Iranian regime is seeking “many billions of dollars” in payments from the US in exchange for the release of several American hostages still being detained in Iran, according to reports by Iran’s state-controlled press that are reigniting debate over the Obama administration’s decision earlier this year to pay Iran $1.7 billion in cash.

Senior Iranian officials, including the Rouhani, have been floating the possibility of further payments from the US for months. Since the White House agreed to pay Tehran $1.7 billion in cash earlier this year as part of a deal bound up in the release of American hostages, Iran has captured several more U.S. citizens.

Future payments to Iran could reach as much as $2 billion, according to sources familiar with the matter, who said that Iran is detaining U.S. citizens in Iran’s notorious Evin prison where inmates are routinely tortured and abused.

Iranian news sources close to the regime’s Revolutionary Guard Corps, or IRGC, which has been handling prisoner swaps with the United States, reported on Tuesday that Iran expects “many billions of dollars to release” those U.S. citizens still being detained.”

Which leads us to the question we started with: Who’s calling the shots in Iran? Rouhani, who previously has served as a regime cheerleader for moderation now openly admits in interviews with Western journalists that Iran does not recognize dual nationalities, even though he previously issued a call for ex-pat Iranians to return and help rebuild its shattered economy.

“We should wait and see, the U.S. will offer … many billions of dollars to release” American businessman Siamak Namazi and his father Baquer, who was abducted by Iran after the United States paid Iran the $1.7 billion, according to the country’s Mashregh News outlet, which has close ties to the IRGC’s intelligence apparatus.

The Persian language news report was independently translated for the Washington Free Beacon.

Six hostages have been sentenced to 10 years in prison by Iran in the past months, including the Namazis.

One senior congressional adviser familiar with the issue told the Free Beacon that Iranian officials have been pressing for another $2 billion from the United States for months.

“Iranian officials including Foreign Minister [Mohammad Javad] Zarif have been bragging for months that they’re going to force the U.S. to pay them several billion dollars more,” the source said. “Now officials across the spectrum in Iran—from IRGC hardliners to the ostensibly moderate President Rouhani—are talking about those billions, and maybe several more, alongside chatter about the U.S. hostages.”

The Washington Post editorial board acknowledged the true nature of the regime with the harsh sentences handed down.

“The government of Hassan Rouhani, which negotiated the nuclear deal with the Obama administration, is often portrayed as opposed to this de facto hostage-taking. If so, the government appears powerless to prevent it. Instead, officials complain about the relatively slow return of Western investment and trade following the lifting of United Nations sanctions, even as some of those who promote the opening are unjustly imprisoned,” the Post said.

“Though it was officially part of a separate claims settlement, the Obama administration’s delivery of $400 million in cash to the Iranian regime at the time of the release of (Washington Post reporter Jason) Rezaian and other prisoners may have whetted the appetites of Tehran’s jailers.”

Clearly now, everyone can see Rouhani is not a moderate. When it comes to main policies of the regime, he was and still is merely no different than the top mullah Ali Khamenei and his Revolutionary Guard Corps which controls Iran and its people as tightly as a hangman’s noose wraps around a condemned prisoner’s neck.