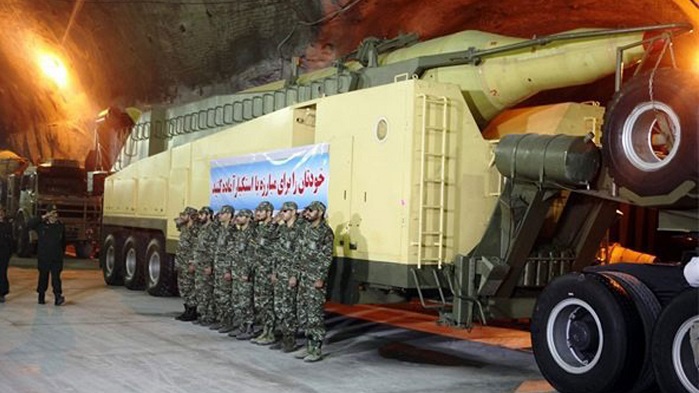 Within the omnibus $1.1 trillion spending bill is a provision being hotly debated concerning modifications to the Visa Waiver Program which allows citizens from 38 designated countries the ability to travel freely to the U.S. without a visa and vice versa for Americans traveling to those countries. The provision requires citizens from Iran, Iraq, Sudan and Syria to obtain a visa before being able to visit the U.S.

The change has brought substantial and intense political debate and its eventual outcome will no doubt be determined by diplomacy and even legal action, but what cannot be denied is how the Iranian regime is using the opportunity to leverage itself into another threatening posture over the nuclear deal it agreed to earlier this year.

The mullahs see an opportunity to maximize the controversy in two ways. First, they have proclaimed that the changes to the waiver program might amount to the levying of a new sanction on the regime and thus void the nuclear agreement; freeing the regime to resume its nuclear program.

This position was articulated by regime foreign minister Javad Zarif who claimed in an interview in New York that the change amounted to a new sanction; a position echoed by deputy foreign minister Abbas Araghchi.

Reneging on the nuclear agreement at this point would allow the regime to reap all of the benefits it has received since July when the agreement was reached and move forward with a restarted nuclear program without much fear of a new round of sanctions being imposed by a United Nations Security Council clearly reluctant to revisit the issue after burying the most recent incomplete assessment of the regime’s past nuclear program by the International Atomic Energy Agency.

The regime is clearly eager to cash in their rewards including an estimated $150 billion in frozen assets, a return to the international financial system, access to global oil markets and freedom to go on a buying binge of new military hardware from Russia.

But the second and more interesting position taken by the regime is the long-held contention by the regime that anyone born in Iran can never shed their citizenship, even if they moved to another country as a child and became a citizen in their new homeland.

It is this twisted logic the mullahs have followed in being able to snatch up Iranian-Americans and hold them and sentence them in sham trials such as in the case of Washington Post reporter Jason Rezaian.

By contending that Iranians are never allowed to leave their citizenship, the regime retains the ability to inflict its form of brutal justice on anyone it deems fit for any inconsequential act. In Rezaian’s case, the mere act of reporting on Iranian news events qualified him as being a spy. It is the same perverse logic applied to fellow American hostages, Amir Hekmati and Saeed Abedini.

The fact that the regime is using the controversy over the visa waiver program to advance its political goals is telling, just as the Iran lobby ramps up the decibel level in denouncing the program changes as a means of shifting global attention away from the reverses it is suffering in Syria and in its other provocative actions.

Article in the New York Post, refers to the regime practice of “khalibandi” in using charade as a means of statecraft and deception. It applies the term in looking at the nuclear deal and the regime’s decision to test fire new ballistic missiles violating UN sanctions.

“These tests make sense only if Tehran continues to contemplate a military nuclear dimension to its program. The two new missiles are designed to carry warheads of between 75 to 100 kilograms. It makes no sense to deploy a ballistic missile over a distance of 1,800 to 2,000 kilometers — that is to say, capable of reaching all capitals in the Middle East and parts of Europe — simply to carry a payload of TNT,” the article writes.

All of which is being made possible under the false impressions the Iranian regime and its lobby have worked diligently to project while being duplicitous behind the scenes.

While we won’t debate the merits and shortfalls of the visa waiver program, we cannot argue with the impact it is having in giving the regime a pathway out of having to explain some of the more nefarious aspects of its policies, especially as it relates to its pitiful human rights record.

For example, the National Council of Resistance of Iran, a leading dissident group, announced details of the execution of three political prisoners by the regime by hanging. The news garnered almost no notice from global news organizations and marks another entry in the bloody ledger of the regime which has already claimed over 1,100 victims – most being political prisoners.