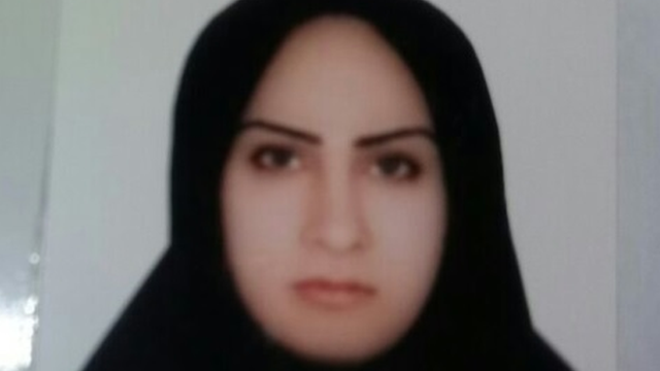 The Iranian regime is not a nameless, faceless bureaucracy. Its leadership is made up of men, virtually all of whom are deeply indoctrinated and adhering to an extremist form of Islamic belief that is at odds with the rest of the modern world.

These men are handpicked, have lifelong associations and cover for one another to ensure the continuation of their rule. Their families profit handsomely from the control these men exert over virtually all of the industries within Iran, while they are protected from prosecution and accusations of corruption by a system of religious courts that answer to no one except the ruling class.

The Iranian people are kept in check by a paramilitary force that enforces not only legal codes, but also morality codes of conduct, all of which are designed to keep free expression and even outside-the-box thinking firmly suppressed.

Elections are essentially rigged where these rulers decide who can run for office and routinely clear the field of any potential reformists or would-be moderates.

Their rule and effectiveness at ruling are put on display almost every day with public executions held in open squares throughout the country, usually from construction cranes and sometimes involving scores of prisoners.

It is within this ruling class, dominated by religious mullahs, that has seen fit to imprison thousands of ordinary Iranians for crimes that would be anathema in the West. No case illustrates this disparity more than the case of Zeinab Sekaanvand, a 22-year-old Iranian-Kurdish woman who was arrested when she was just 17-years-old and convicted of murdering her husband after a grossly unfair trial according to Amnesty International.

The Iranian regime plans to execute her as early as October 13th, despite an international outcry for her release.

“This is an extremely disturbing case. Not only was Zeinab Sekaanvand under 18 years of age at the time of the crime, she was also denied access to a lawyer and says she was tortured after her arrest by male police officers through beatings all over her body,” said Philip Luther, Research and Advocacy Director for the Middle East and North Africa at Amnesty International.

“Iran’s continued use of the death penalty against juvenile offenders displays the authorities’ contempt even for commitments they themselves have signed up to. The Iranian authorities must immediately quash Zeinab Sekaanvand’s conviction and grant her a fair retrial without recourse to the death penalty, and in accordance with principles of juvenile justice,” he said.

Sekaanvand was 17-years-old when she was arrested in February 2012 for the murder of her husband, whom she had married at the age of 15. She was held in the police station for the next 20 days where she has said she was beaten by male police officers. She “confessed” to them that she stabbed her husband after he had subjected her to months of physical and verbal abuse and had repeatedly refused her requests for divorce, according to Amnesty International.

Her trial was grossly unfair. She was denied access to a lawyer during her entire pre-trial detention period and only met her state-appointed lawyer for the first time at her final trial session on October 18, 2014, the human rights group said.

The Iranian regime’s parliament has passed laws allowing marriage for girls as young as 13-years-old, including even a man marrying his own stepdaughter, in examples of the misogynist tendencies of these ruling men.

“Forcing girls to marry much older men robs them of their freedom and amounts to sexual slavery. Instead of being in school, married girls face domestic violence, abuse and rape,” he said.

While in prison, Sekaanvand become pregnant from a relationship with another prisoner, stalling her planned execution by the regime until she delivered a stillborn child on September 30th.

Doctors said the young woman’s baby died in her womb two days before she gave birth as a result of the shock she suffered after her friend and cellmate was executed.

According to Human Rights Watch, another 49 people who were children when they committed an offense are currently on the regime’s death row. In the past decade, Iran has executed at least 73 juvenile offenders, according to a January Amnesty report.

It is noteworthy that while the Iranian regime’s leadership pursues this binge of killing children, the Iran Lobby has been stunningly silent on the issue, offering almost no criticism of the practices.

A perusal of the social media feeds for notable Iran lobby members such as Trita Parsi, Reza Marashi and Tyler Cullis of the National Iranian American Council reflect a shocking lack of commentary of the regime’s willingness to incarcerate, torture and execute children, especially battered women who are victims of appalling domestic violence.

We can only assume the higher priorities for the NIAC is urging the lifting of more restrictions on the regime’s access to US currency so the mullahs can get more cash to line their pockets.