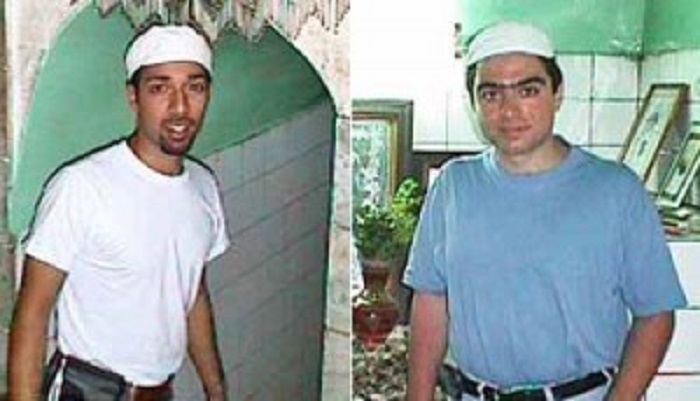 Siamak Namazi, an Iranian-American citizen, has been credited with helping found the Iran lobby including the creation of the National Iranian American Council alongside Trita Parsi as the primary vehicle for advocating for a nuclear agreement lifting economic sanctions on the regime.

The Daily Beast chronicled his family’s involvement as an “intellectual architect” for the NIAC as a pathway for empowering those within the regime whom he had a close relationship with and believed by helping secure an agreement it would boost his fortunes within the regime.

In the immortal words of Kevin Spacey who plays the scheming Frank Underwood on Netflix’s “House of Cards,” “We’re all victims of our own hubris at times.”

Truer words were never spoken about the Iran lobby because on the verge of reaping their perceived successes, they discover all they really are, are puppets for a regime of mullahs whose intent is only focused on preserving their own power.

That is because according to regime media reports, while visiting family in Tehran, Namazi was arrested by Revolutionary Guards Corp soldiers and tossed into the notorious Evin Prison.

There is an irony here on par with Alfred Nobel inventing dynamite and then creating the Nobel Peace Prize after his invention was used in war.

According to a piece in American Thinker, Parsi and Namazi founded NIAC as a way to lobby for the removal of sanctions against the regime and promote its foreign policy while combatting anti-regime forces in the U.S.

Both Parsi and Namazi reportedly enjoyed close ties and access to Hassan Rouhani and Javad Zarif, the regime’s president and foreign minister, with Parsi being seen traveling with and in close discussions with the regime delegation during nuclear talks.

Conspicuously, the NIAC have been silent on the issue, declining comment and social media feeds for Parsi and other NIAC staff is devoid of any mention of the arrest.

But Hassan Dai, editor of the Iranian American Forum who won a defamation lawsuit filed against him by Parsi, speculated that the arrest suggests a power struggle of sorts within the regime’s leadership.

Dai explained in an interview with Breitbart News that Namazi had consistently “lobbied in favor of a faction of the regime,” which upset the mullahs because it would only be acceptable to “lobby for the whole regime.”

The fight between the factions in Iran is a fight for “the best solution to preserve the regime,” he explained, adding that groups like NIAC have never sided with true “reformists,” but with people who wish to employ a different strategy to empower the regime, such as Rouhani and former President Akbar Rafsanjani.

The arrest of Namazi sends a message from Iran’s rulers that “Rouhani has no power,” Dai concluded. “He cannot even protect his own friend.”

Breitbart News further speculates – and rightly so – that the arrest pours cold water on the notion that securing the nuclear deal would empower “moderates” within the regime and help reform it. Evidence since agreeing to the nuclear contradicts that idea completely with the conviction of Rezaian, the test launch of an illegal ballistic missile and the launching of a new offensive in Syria alongside Russian forces.

The arrest of Namazi demonstrates that the leadership of the Iran regime is of one mind and firmly in the control of Ali Khamenei and his religious cohorts and that any idea of moderation within the regime is a pipe dream; which may go to explain why coming off of the NIAC’s recent leadership conference to celebrate the nuclear deal, Parsi’s Twitter feed was filled with posts condemning Saudi Arabia, a bitter enemy of Iran and locked in fighting in Yemen.

If Parsi doesn’t tow the mullahs’ line, he might find a different kind of reception party the next time he travels to Tehran and end up sitting next to his buddy Namazi.