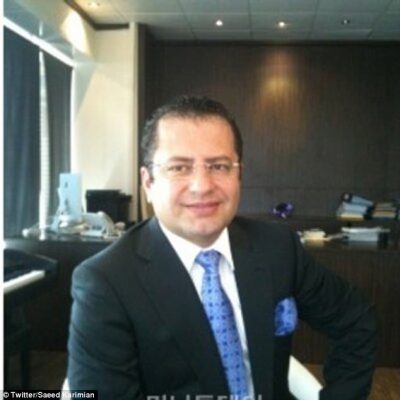 Iran Regime Up to Old Tricks of Assassination Overseas

The Iranian regime has a long history of committing violence around the world either through its terrorist proxies such as Hezbollah, its intelligence operatives and Quds Forces, as well as its own Revolutionary Guard Corps.

The mullahs have long adopted the use of deadly force as a tool of statecraft. Not since the medieval age when monarchs plotted assassinations of rivals, has a nation used killing as part of an ordinary foreign policy tool.

The only other nation that seems to share that same affinity for killing is fellow rogue state North Korea which was implicated of the assassination of its leader Kim Jong Un’s half-brother in a brazen chemical attack at an airport in Malaysia in front of passers-by.

The use of chemical weapons seems to be a common trait shared by North Korea, Iran and its client state of Syria.

Now comes word that a dissident British-Iranian television executive was assassinated in Istanbul over the weekend only a few months after being sentenced in absentia to a six-year prison term by an Iranian court for allegedly spreading subversive propaganda, according to the New York Times.

Saeed Karimian was the owner of Gem TV, a network of television channels broadcasting in Farsi and other languages. He was shot “minutes after leaving his office,” Gem announced on Sunday. Also killed was his Kuwaiti business partner, whose name has not been released.

The assailants fled, and their vehicle was found abandoned and partly destroyed in another part of Istanbul, according to reports by Gem and several Turkish news outlets.

While there was an effort to spin the killing as a dispute over money, others saw the Iranian regime’s dark hand at work.

The National Council of Resistance of Iran, one of the largest Iranian dissident groups, claimed that Karimian was assassinated by Iran’s Revolutionary Guard on the orders of top mullah Ali Khamenei. Iran has been accused of assassinating Iranian exiles in the past, most recently Abbas Yazdi, an Anglo-Iranian businessman who was kidnapped in Dubai in 2013 and is now thought to be dead.

Karimian had long been the target of propaganda and smears by media outlets linked to Iranian security services, the NCRI statement said.

His network has been aggressively expanding lately, recently adding several new channels and recruiting Iranian artists and staff from inside Iran and abroad.

Several regime-controlled Iranian media reports meanwhile said Karimian was linked in the past to The People’s Mujahedeen of Iran (PMOI), an Iranian dissident group which is part of the NCRI coalition, which may be one explanation for the assassination since the Iranian regime has allegedly instigated several documented attacks on refugee camps housing PMOI dissidents in Iraq resulting in massacres of unarmed civilians.

Turkey and Iran are neighbors and major trade partners, but relations have recently been strained. The two are regional rivals and have backed opposing sides in the Syrian civil war, according to the Washington Post.

Reporters Without Borders, a press freedom watchdog, ranks Iran as one of the worst oppressors of journalists in the world. The motive behind the killings, however, remains unclear.

The BBC reported that Karimian’s family said that the Iranian government had threatened him in recent months and that he had planned to leave Istanbul for London.

According to the New York Times, an Iranian court announced last January in a judicial newspaper that Karimian had been sentenced to six years in prison for spreading propaganda against the country’s Islamic government, and acting against national security.

What was so threatening to the mullahs? Apparently soap operas and other entertainment broadcast by Karimian’s networks are a threat to the religious theocracy the mullahs built in Iran since seizing power in 1979.

The potential pollution of the mullahs’ harsh religious control is so precarious that the regime bans satellite dishes and regularly sends militia and police out to rip them off rooftops; they are widely used, and millions of Iranians watch dissident’s “subversive” programming.

Karimian had previously suggested that he hoped his work would change Iranian society. “We will do our best to create an Iran one day that we can take pride in,” Karimian said in comments that were broadcast posthumously on his own network on Sunday following his killing.

The potential for change in Iran must have been seen as too threatening to the control of the mullahs it seems.