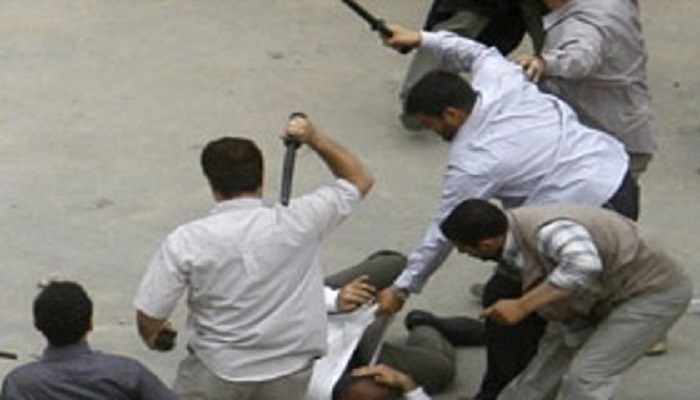 The summer congressional recess is upon us and with it the official start of the lobbying season will commence with both sides throwing everything they have in the debate over approval of the proposed nuclear deal with the Iran regime.

As part of that debate, supporters of the mullahs in Tehran are attempting to portray this debate in false terms. One example is the regime’s most loyal ally, the National Iranian American Council, whose leader, Trita Parsi has taken to using the metaphor that the debate rests solely on two choices – war and peace – even though there remains a considerable range of options available, but untried by the administration.

Parsi has also taken to characterize the forces arrayed against the deal as being a David vs. Goliath match up of moneyed interests against the little guy. He is referring to the much-publicized multi-million dollar ad blitz being unleashed by opponents of the deal, but he neglects to place that into context.

No one would ever accuse the Iran regime as being the “little guy.” Through its network of appeasers pours substantial resources into a broad lobbying and public relations network to push its agenda, most notably the NIAC and sympathetic bloggers and journalists such as Jim Lobe and Ali Gharib. But Parsi and other regime supporters are not taking this debate lightly.

Parsi related a conference call held with supporters of the deal and President Obama in which the president said to supporters: “You guys have to be more active, loud and involved and start making your voices heard with Congress.”

The regime also stands as the biggest state sponsor of terrorism and continues to supply arms, fighters and funding to terror groups such as Hezbollah, brutal regimes such as Assad in Syria and extremist groups such as Shiite militias in Iraq and Houthi rebels in Yemen.

Sitting on the wealth of an oil reach country, mullahs in Iran are far from being a weakling in this debate even though Parsi works hard to portray his mullah masters as poor, misunderstood and put-upon moderates.

One increasingly serious problem for proponents of the deal has been the disclosure of secret side deals between the regime and the International Atomic Energy Agency which have not been made public as part of the debate over the agreement, even though the bipartisan measure passed by Congress and signed by the president allowing review of the agreement stipulated that all annexes, addendums and supporting materials had to be presented as part of the review.

Sens. Tom Cotton (R-AK) and Mike Pompeo (R-KS) wrote in the Wall Street Journal this weekend that the regime was allowed to draw up two side deals with the IAEA that could make the overall deal problematic.

“The first governs the IAEA’s inspection of the Parchin military complex, the facility long suspected as the site of Iran’s long-range ballistic-missile and nuclear-weapons development. The second addresses what—if anything—Iran will be required to disclose about the past military dimensions of its nuclear program,” they said.

“Weaponization lies at the heart of our dispute with Iran and is central to determining whether this deal is acceptable. Inspections of Parchin are necessary to ensure that Iran is adhering to its end of the agreement. Without knowing this baseline, inspectors cannot properly evaluate Iran’s compliance. It’s like beginning a diet without knowing your starting weight. That the administration would accept side agreements on these critical issues—and ask the U.S. Congress to do the same—is irresponsible,” Sens. Cotton and Pompeo added.

Sen. Chris Coons (D-DE) remarked on how phone calls against the deal in his state have turned into 10-1, an avalanche of opposition he has to listen to.

Much of the anxiety over the deal comes from a relatively simple problem: No one really trusts the mullahs to abide by the deal even if the U.S. approves it. The regime’s track record, even during the negotiations, proved time and time again that Iran’s mullahs were single-mindedly intent on pursuing their own agenda irrespective of what was happening at the bargaining table.

Nowhere was that more evident than in the Obama administration’s quick concessions to take human rights abuses and the support of terrorism off the table early in negotiations. The willful ignorance of Iran’s abysmal track record in these areas is what is at the heart of the angst now being felt by Americans who are being asked to essentially trust the mullahs.

David Hearst, editor of the Middle East Eye for the Huffington Post, dived deep into the origins of the unrest rippling across the Middle East with the rise of ISIS and placed responsibility on Iran’s manipulation of Iraqi politics and former prime minister Nouri al-Maliki to dump his Sunni partners once the U.S. pulled out and virtually guarantee ISIS new recruits from disenfranchised Sunnis.

“Of course there was another winner in Maliki’s soft coup — Iran. Khedery called General Qassim Soleimani, the head of the Quds Force unit of Iran’s Revolutionary Guard Corps, the most powerful man in Iraq and the Middle East. He could have added Syria,” Hearst said.

All of which contributes to the uncertainty brewing with the American voter over whether or not to trust Iran’s mullahs.