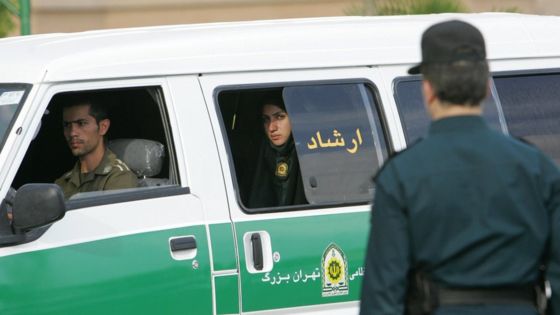 Iranian Regime Cracks Down Harder on Journalists and Women

The Iranian lobby cobbled together a group of advocacy groups in sending a joint letter to leading technology companies urging them to boycott sponsorship of both the Democratic and Republican national conventions on the basis of “bigoted” comments made by both parties’ candidates.

“There is no room for hate and bigotry in our political discourse,” said Madihha Ahussain, Muslim Advocates staff attorney and lead for the Program to Counter Anti-Muslim Hate. “Here in Silicon Valley, companies take pride in standing up for what’s right and creating inclusive environments where diversity is not only respected, but also thrives. That is why it is critical for leaders like Google, Microsoft and Apple to send a powerful message by choosing not to support hateful rhetoric that has become commonplace in this election cycle.”

It is an unusual letter to send in that it targeted only technology companies and not the traditional companies and groups that often sponsor both parties such as labor unions, environmental groups, Wall Street firms and businesses with heavy regulatory issues such as manufacturing and natural resources.

A more cynical person might view the letter as a pre-emptive effort by the Iran lobby to get the attention of technology companies that are increasingly on the front lines battling terrorism and the rise of Islamic extremism.

The National Iranian American Council was one of the organizing groups for the letter and while the letters are aimed at issues of discrimination, they neglect to point out the irony that many of the same issues these groups are pointing out in America are in fact par for the course in regimes such as Iran where women are brutally denied rights, juveniles are executed, journalists are mass arrested and dissidents are tortured and imprisoned.

It is the height of hypocrisy to attack both Democrats and Republicans, when at the same time these advocacy groups are silent on the human rights violations and injustices going on in Iran.

The most recent episodes of cruelty in Iran only highlight this disparity and misdirection going on in focusing on the American presidential campaign and not on Iran’s conduct.

One would think with the litany of abuses and human rights going on in the Iranian regime just within the last few days, these so-called advocacy groups would have their hands full sending letters of protest to Iranian officials, the United Nations, World Court, global media and human rights groups.

But the Iran lobby is only vested in protecting the regime and it serves the mullahs purposes to continue trying to influence the American election as virtually all of the leading candidates have gone on record condemning the rule of the mullahs.

One also has to wonder if the other groups signing the letters and joining with the NIAC were aware of the NIAC’s leadership role as chief lobbyist for the Iranian regime. It would be worth asking the National LGBTQ Task Force, Arab American Institute, Feminist Majority Foundation, Military Religious Freedom Foundation, Bend the Arc, Progressive Congress, and the Labor Council for Latin American Advancement if they want to be associated with a group defending the abuses going on in Iran.