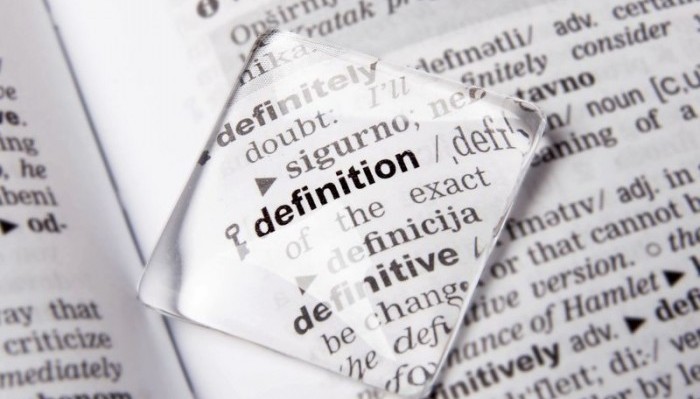 Iranian Regime Dictionary is not Webster’s

Noah Webster has been called the father of American English dictionaries, publishing the first edition of his dictionaries in 1828. Since then, his name has become synonymous for dictionaries and has become the bedrock for understanding and correcting the English language.

Language and its precise use have determined everything from lawsuits to love poems and most recently language has been at the heart of much of the disputes going on with the Iranian regime. For the mullahs in Tehran, language and the semantic differences it brings has been their lifeline in a sense because it allows them to argue one thing, while agreeing to something totally different.

Take for example the Iranian position in the Syrian conflict. Hassan Rouhani’s government has always maintained that no peaceful solution could happen without guarantees that Syrian leader Assad was still in power. To that end, Iran has targeted the rebel opposition and identified them as “terrorists” and tied them to ISIS and Al-Qaeda, even those moderate elements backed by the U.S. and its allies.

The mullahs have even used deceptive language in describing Iranian military units fighting in Syria, calling them “volunteers” when in fact the regime is now shipping regular army units for the first time. The regime has even recruited tens of thousands of paid mercenaries from the ranks of Afghan refugees seeking shelter in Iran from the war that rages in their country; sometimes signing up only under threat of expulsion of their families.

Iran’s army chief said on Wednesday the forces it had deployed in Syria in the first such operation abroad since the 1979 revolution were volunteers working under Revolutionary Guards supervision, and the regular army was not directly involved.

It announced this month that it had sent commandos from the army’s Brigade 65 to Syria as advisers, suggesting it was using its regular army as well as forces from the Revolutionary Guards to help Assad’s forces in the country’s civil war.

“Some volunteers have been sent to Syria, under the supervision of the related organization, and among them there might be some of the Brigade 65 forces,” armed forces chief Ataollah Salehi was quoted by the Tasnim news agency as saying.

“The army has no responsibility in the military advice given to Syria,” Salehi added.

The talking points are a clear example of how the Iranian regime obscures its real intentions with nuanced language. It’s a tactic adopted by the Iran lobby and its supporters as well in trying to divert attention through misnomers such as the use of the term “moderate” in describing certain elements within the Iranian government.

Moderation does not exist within the Iranian government. It is like making a distinction between the SS and Brown shirts of Hitler’s Nazi Germany and calling one more moderate than the other.

Nowhere is that tactic more apparent than during the recent parliamentary elections in which thousands of “moderates” were kicked off ballots and in their place, candidates loyal to the regime’s leadership were left to run virtually unchallenged, yet they were hailed as “moderates.”

The Iran lobby uses those distinctions in its efforts to distort the truth in Iran. Groups such as the National Iranian American Council have long sought to portray a clear distinction within Iran of an active moderate faction seeking change, but it has gone out of its way to attack all dissident groups not aligned with the regime in some manner.

Entities such as the National Council of Resistance of Iran which is one of the largest Iranian dissident groups in the world has long been vilified by the Iran lobby and portrayed in various nefarious ways in order to denigrate their claims and protests.

The Iranian regime continues this practice in how it makes threats all the time, including warnings by Rouhani of a “serious reaction” should the U.S. not make good on what it perceives as promises to grant Iran expanded sanctions relief under the nuclear agreement such as access to U.S. currency exchanges, while the U.S. steadfastly maintains that no such conditions existed.

Should the rest of the world be worried about these linguistic differences? Yes, to the extent they provide the Iranian regime the excuses necessary to engage in its aggressive behavior.

Iran, much like regimes such as North Korea, use language as a first-line of excuses in justifying any sort of bad behavior.

Round up journalists, ethnic and religious minorities and toss them in prison?

Call it “protecting the faith.”

Call it “protecting virtue and purity.”

The absurdity of it all makes a mockery of language. We can only assume that Noah Webster is turning in his grave.