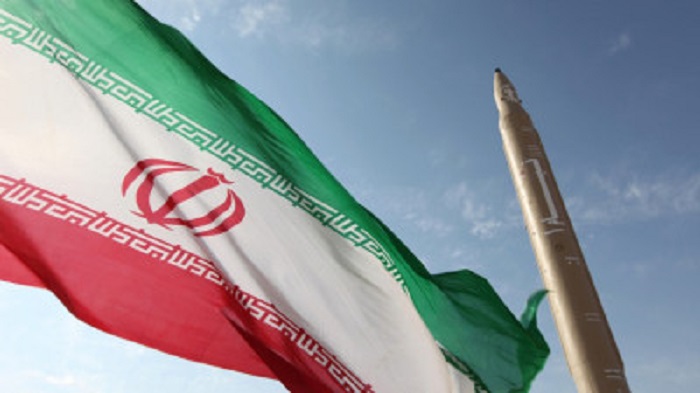 The Iran nuclear deal is pretty much dead…at least according to the Iranian regime as regime officials on Monday accused the U.S. of violating the agreement by working behind the scenes to stop American companies from conducting business with Iran, according to regional media reports.

The regime has been complaining for months that it is not being granted enough sanctions relief under the agreement in a bizarre example of bipolar thinking. On the one hand Iran complains about sanctions relief and on the other it boasts of the billions in new business deals it has signed with foreign companies.

These complaints have reportedly pushed the Obama administration to consider offering Iran greater concessions, including access to the U.S. dollar and American financial markets in an even more desperate bid to appease the mullah’s regime.

“The Americans are now acting in violation of the nuclear agreement,” Larijani was quoted as saying on Monday before high-ranking Iranian officials.

Larijani accused the Obama administration of “pressuring companies which are interested in investment in Iran to withdraw from their decision,” according to reports carried in Iran’s state-controlled media.

“The Americans should know that the Islamic Republic of Iran would never compromise its interests and would never agree with investment of foreign firms in the country at any price, while it enjoys rich resources and abundant talents,” Larijani was quoted as saying, obviously bluffing about regime’s bankrupt economy.

At the same time, ironically the regime leaders borrowed from President Obama’s own rhetoric in warning the U.S. not to cross a “red line” when it came to sanctioning the regime’s ballistic missile program.

Brig. Gen. Massoud Jazzayeri, deputy chief of staff of the Iranian military, claimed the Obama administration has been intentionally prolonging the removal of sanctions as outlined by the nuclear deal. He believes the U.S. is trying to connect the terms of agreement with the regime’s ballistic missile program, which it explicitly sought to delink during talks last year.

“The White House should know that defense capacities and missile power, specially at the present juncture where plots and threats are galore, is among the Iranian nation’s red lines and a backup for the country’s national security and we don’t allow anyone to violate it,” said Jazzayeri, as reported by Iranian media outlet and government mouthpiece Fars news.

The general’s reference appears to mirror language used by President Obama who claimed on September 4, 2013, that any use of chemical weapons by Syrian President Bashar al-Assad against the Syrian opposition would cross a “red line.”

The regime’s full-court assault on the Obama administration over the nuclear deal is part of an overall effort to set up the potential for walking away from the deal and blame its failure on the U.S. Such a move would allow Iran to restart its nuclear program with speed after it has received over $100 billion in fresh cash to stuff its coffers and complete a series of military deals with Russia to replenish and upgrade its forces.

Part of strategy can be seen in a series of moves to expand and reinforce its proxy forces currently fighting in Syria and Yemen, including deploying a top army unit to Syria in what commanders call an advisory mission, according to state-run media.

“We are sending commandos from army’s Brigade 65 and other units to Syria as advisers,” Arasteh told the Tasnim news agency.

In the last two years, Iran has sent thousands of its Revolutionary Guard Corps (IRGC) to fight ground battles for the Syrian regime, joining with Iranian-backed Hezbollah fighters from Lebanon. Tehran reportedly increased the number of IRGC personnel in Syria in the final months of 2015, sending as many as 3,500 militia fighters to the frontlines, as well as recruit paid Afghan mercenaries to supplement its forces.

Additionally, the U.S. Navy intercepted and seized an arms shipment from Iran likely bound for Houthi fighters in Yemen in the Arabian Sea in a statement on Monday.

The weapons seized last week by the U.S. warships Sirocco and Gravely were hidden on a small dhow and included 1,500 AK-47 rifles, 200 rocket-propelled grenade (RPG) launchers, and 21 .50-caliber machine guns, according to the Navy statement.

“This seizure is the latest in a string of illicit weapons shipments assessed by the U.S. to have originated in Iran that were seized in the region by naval forces,” the statement said.

It cited a Feb. 27 incident in which the Australian Navy intercepted a dhow in late February and confiscated nearly 2,000 AK-47s, 100 RPG launchers, and other weapons. On March 20, a French destroyer seized almost 2,000 AK-47s, dozens of Dragunov sniper rifles, nine antitank missiles, and other equipment bound from Iran to the Houthis.

The evidence is abundant and widespread of the regime’s aggressive posturing and direct involvement in causing the wars now ranging in three different countries. The mullahs the last few months before the presidential election as a fire sale to grab everything they can before the appeasement potentially ends since virtually all of the leading candidates – both Democrat and Republican – have vigorously denounced Iran’s actions.

Ironically the Iran lobby has pushed the same party line as the mullahs in accusing the U.S. of not following through on the nuclear deal.

We can only hope the region doesn’t fall so far into a bottomless black pit of Islamic extremism and war that the world can’t dig the cancer of the Iranian regime out in 2017.