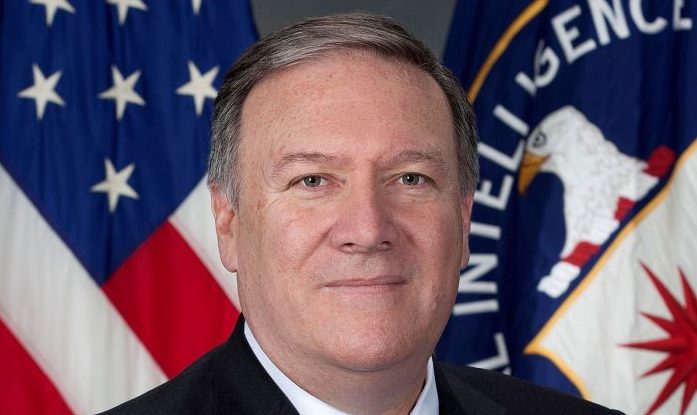 IranLobby Screams About War With Iran

During the negotiations for the Iran nuclear deal, the specter of war was a near-constant theme sounded by the NIAC, even though there was never any real prospect of a conflict with the Iranian regime under the Obama administration.

It was however a convenient tool to use in the so-called “echo chamber” of public opinion created by the NIAC in collaboration with a White House intent on landing a PR win at almost any cost, including appeasing the mullahs in Tehran.

Even after the deal was struck and the Iranian regime launched a series of wars in Syria, Iraq and Yemen, the chorus of the Iran lobby continued to warn that any effort to take action against Iran would inevitably result in war.

It was a silly argument; akin to saying that trying to stop the burglar robbing your house would only lead to more violence so one should leave him to his thievery.

After President Donald Trump took office and installed an administration openly skeptical of the Iran nuclear deal, the Iran lobby continued to warn that any effort to rein in Tehran’s militant actions would only lead to war. This included doing everything in the PR/lobbying handbook to preserve the nuclear deal that delivered billions in cash to the mullahs to help fund their wars and ballistic missile program.

Now the president has decided to shuffle his cabinet by moving Mike Pompeo from the directorship of the Central Intelligence Agency to become Secretary of State, replacing the outgoing Rex Tillerson.

The change represents a potential realignment of U.S. foreign policy hewing more closely to the promises made by candidate Trump on the campaign trail when he called the Iran nuclear deal the worst deal ever made and vowed to tear it up for a new one.

Predictably, Parsi and the NIAC went on the offensive in near hysterical warnings of war. The NIAC issued a statement that blasted the appointment of Pompeo, a noted and vocal critic of the Iran nuclear deal.

“Mike Pompeo’s nomination for Secretary of State could have profound implications for the fate of the Iran nuclear deal and the prospect of a new war in the Middle East. While serving in Congress, Pompeo’s positions on foreign policy were often ideological and tended towards militarism rather than diplomacy. His opposition to the Iran deal – including the political hijinks he engaged in to undermine U.S. negotiators – and his comments suggesting that military strikes would be more effective than diplomacy, raise serious questions about his fitness to serve as America’s top diplomat,” the NIAC statement read.

“It may result in a dramatic escalation of tensions in the Middle East and a war with Iran.”

Of course, Pompeo’s position as CIA director provided him with the ultimate access to the most conclusive information on whether or not Iran was truly adhering to the terms of the nuclear deal, as well as the full scope of the regime’s activities, especially its support for proxy terrorist groups such as Hezbollah.

His elevation by President Trump sets the stage for what Iranian dissidents have been calling for all along which is an honest, unabashed focus on the Iranian regime’s conduct and not the false promises being made by the mullahs and their cheerleaders in the Iran lobby.

In this case, actions speak louder than words and the regime’s actions over the past two years since the deal was approved lay bare the lies that have been consistently spouted.

It’s no secret that Pompeo has been a harsh critic of the Iranian regime, calling out its brutality towards dissidents and use of its police forces to crack down on protests.

“Iran’s Ministry of Intelligence and Security and the Islamic Revolutionary Guard Corps (IRGC) are the cudgels of a despotic theocracy,” Pompeo said in a speech last October. “They’re the vanguard of a pernicious empire that is expanding its power and influence across the Middle East.”

A week later, he told the Foundation for Defense of Democracies (FDD) that Trump is of the same mind.

“The president has come to view the threat from Iran as at the center of so much of the turmoil that bogs us down in lots of places in the Middle East, right? Whether it’s Lebanese Hezbollah, the threat that it presents to both Lebanon and to Israel; whether it’s the Shia militias—you can see the impact that they’re having today,” Pompeo said.

That kind of tough talk and brutal honesty is what has driven a recalcitrant North Korea back to the bargaining table after three years of brazen missile launches and should prove to be equally effective against the mullahs in Tehran.

Seeing little hope of finding anymore receptive audiences in the U.S., Parsi and the NIAC have increasingly turned their message to European audiences and the regime has followed suit as regime-controlled media have already begun trying to shape the narrative about Pompeo by urging Europe to act as a balance against the Trump administration.

“Pompeo is very interested in waging a war similar to the Iraq war by citing international regulations,” said Alo Khorram, a former Iranian envoy to the United Nations, in the daily newspaper Arman. “European powers will play a role in balancing his desire.”

While the NIAC continues to panic, the clock may finally be running out on the reign of the Iranian regime.