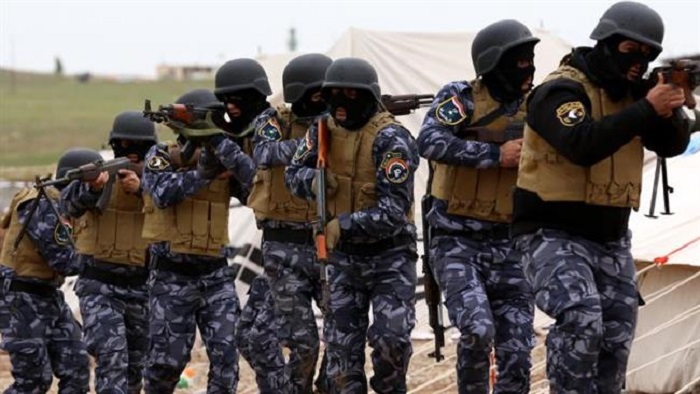 A statement made by Iranian Brigadier Gen. Hossein Valivand and made public through various official Iranian regime news agencies has largely escaped notice in the Western news media, but portends a significant and dramatic shift of events taking place in Iraq.

As reported by Jacob Siegel in The Daily Beast, Valivand, who runs the Mullah’s Army’s Command and General Staff College, said “Iranian military experts are prepared enough to offer training to Iraqi forces,” according to Presstv, Tehran’s English-language news outlet.

“Valivand added that the issue of training Iraqi soldiers had been discussed during a recent visit by Iraqi Defense Minister Khaled al-Obeidi to Tehran,” Presstv reports.

Siegel describes a meeting last December between Iraq’s defense minister and his Iranian counterpart in which a mutual security agreement was signed. Details were not widely released, but one provision is the training of Iraqi military forces by Iranian officers, continuing the process already begun by the Iranian Revolutionary Guards Corps.

“Iran has obviously been training the Shia militias and using the proxies very effectively in Iraq and elsewhere. I’d imagine that Iran is hedging their bets: Train the security forces and the militias so you can increase your influence and facilitate the coordination between the formal service and the militias and ensure that, whoever comes out the winner, you retain effective control. It’s the same playbook in Lebanon; Hezbollah has been the proxy but Iran has also exerted increasing influence over the uniformed military services,” said Mark Dubowitz with the Foundation for Defense of Democracies, a non-partisan policy institute.

Dubowitz added that the move by Iran to train Iraqi officers would give Iran significant insights into U.S. training tactics.

“If I were Iranian intelligence, I’d be looking at this very carefully,” Dubowitz said. “It’s an interesting way for the MOIS [Iran’s ministry of intelligence] and Revolutionary Guards to get under the tents and learn all they can about U.S. training, force posture, and power projection.”

All of which leads to a significant question: Why is the U.S. allowing the regime in Iran a free hand in retraining Iraqi military units the U.S. has spent the last six years training in order to hand over security during the pullback of U.S. forces?

The situation the U.S. finds itself in grows more complicated each day as ISIS continues expanding and consolidating its hold in Iraq, while the Iranian regime seeks to drive a deeper wedge between Sunni and Shia populations in Iraq and bolster Shiite militia friendly to the regime.

Iran’s mullahs ultimately have bet that the U.S. will no longer want to stay in Iraq and Iran will gain a free hand to turn Iraq into Iran’s newest provincial holding. Part of that calculation comes from the apparent willingness of the Obama administration to adopt the “enemy of my enemy is my friend” policy approach when looking at Iran’s outsize influence in Iraq in the fight against ISIS.

The fact that Iran’s policies in Iraq in supporting the government of former Prime Minister Nouri al-Maliki and force out Sunni leadership in any power sharing coalition eventually led to the explosive growth of ISIS in Iraq in the first place seems to be irrelevant to Obama administration officials.

The fact Iran’s training of local militias in the fight against ISIS is the first line of defense in Iraq is no accident. Iran hopes to prevent the re-emergence of a Sunni coalition in the government in order to preserve its premier positon of power in Iraq and Shia militiamen are quickly becoming the local muscle in enforcing its will.

Shia militiamen have been implicated in the massacre of more than 70 Sunni villagers just within the last month. Another two Sunnis were beheaded recently in a Sunnis town, by regime backed Shiite militias, which raised a lot of protests among Sunnis. The prospects for further Iraqi sectarian bloodshed on par with what is going on in Syria is quickly becoming reality as more concessions is given to the mullahs in Iran, while U.S. control wanes.