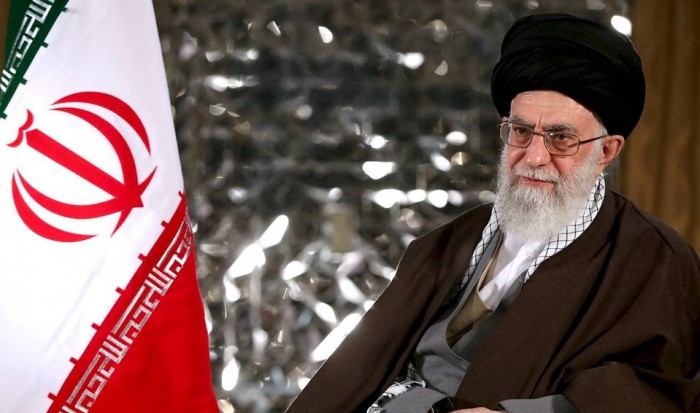 In a speech that reinforced the fact that he alone was firmly in control of the Iranian regime’s military policies, top mullah Ali Khamenei firmly defended the regime’s ballistic missile program in the face of mounting concerns around the world as missile after missile has been launched.

In a speech on Wednesday, Khamenei said that Tehran would lose its leverage in negotiations with the world’s major powers if it were to abandon its missile program.

“These are times of both missiles and negotiations,” he said. “If the Islamic establishment seeks technology and negotiations but does not have defensive power, it will have to back down in the face of any petty country that threatens it.”

It’s a curious point to make since Iran currently possesses the largest military in the region, and now flushed with over $100 billion in cash from the nuclear agreement, has gone on a furious buying binge of new advanced military hardware including tactical fighters, anti-aircraft and anti-ship missile batteries, tanks and encrypted communications equipment.

The regime also exerts influence and power through its network of terror groups and proxies such as Hezbollah, Shiite militias and the Houthis in maintaining control. The argument of needing intercontinental ballistic missiles for defense is farcical since such weapons are commonly characterized as first-strike offensive weapons.

United Nations Security Council Resolution 2231 expressly restricts the regime from developing such weapons and Khamenei has openly dismissed such restrictions as being inapplicable to Iran.

Khamenei was speaking to religious eulogists in Tehran a day after it emerged that the US and its European allies in the security council had written a joint letter warning that recent missile tests by Iran were in defiance of a UN security council resolution adopting last year’s nuclear agreement.

The letter, which claimed that Iranian missiles were “inherently capable of delivering nuclear weapons”, was carefully drafted and did not say, however, that the tests violated the accord itself, which would have serious implications on its implementation.

Earlier in March, the Revolutionary Guards claimed to have successfully tested two ballistic missiles, Qadr-H and Qadr-F, during large-scale drills. The Fars news agency, which is affiliated to the guards, said the missiles carried a message in Hebrew written on them: “Israel must vanish from the page of time.”

His speech was aimed not only at international audiences, but also to domestic ones in which he sought to tamp down any expectations of hope for moderation or change in the regime’s leadership. Even at age 76, Khamenei remains engaged and committed to the extremist principles it espouses.

The furor over how to rein in the regime’s missile program is an ironic repeat of the same consternation and debate that enveloped the regime over its nuclear program three years ago. While Groundhog Day already came, it still seems like the cycle of Iranian violations and threats of new sanctions is repeating itself.

This also points out the inherent weakness of the Iran lobby’s argument last year in which groups such as the National Iranian American Council argued strenuously to remove subjects such as the ballistic missile program from nuclear negotiations in the false hope it would lead to moderation.

The opposite has occurred now that the regime, led by Khamenei, feels it has the upper hand in pushing forward with its military programs without worry of repercussions or penalties.

But if signs that the United Nations Security Council might not sanction Iran over its ballistic missile program continue, a key member of Congress vowed an angry response, potentially increasing the incentives for lawmakers to come down hard on Tehran with congressional sanctions.

That “directly contradicts assurances made by the administration,” Senate Foreign Relations Committee Chairman Bob Corker (R-Tenn.) said in a statement Wednesday. “As many of us feared, now it appears Iran can defy those restrictions with impunity, fearing no pushback from the U.N. Security Council.”

The Treasury Department has taken steps to sanction Iran over the reported ballistic missile tests, blacklisting individuals and companies that it determined are working to support Iran’s ballistic missile program. There is strong bipartisan support for coming down hard on Iran for the missile tests as well, with several Democrats who supported the Iran deal arguing it is essential to the integrity of that deal to make sure Iran is held to account for its actions elsewhere.

Sens. Corker and Ben Cardin (D-Md.), are expected to soon release bipartisan legislation stepping up sanctions against Iran over its ballistic missile program.

The flurry of action shows the price to be paid for previous inaction in opposing the regime. Sooner or later, the world will have to come to the realization that appeasing the mullahs only emboldens them.