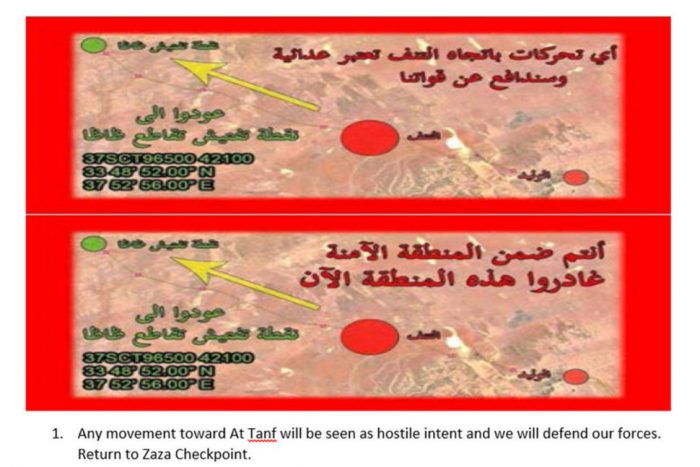 The terrorist attacks that have struck London and Manchester have reinforced the essential problem facing nations confronted with homegrown radicalization: How to stem the tide of extremism flowing from a few select terrorist actors in the world.

The core truism about extremism is that it is not something that magically springs into a young man’s mind. It is something created by example and revealed as a pathway of redemption for the disenfranchised, the unhappy, the mentally unstable.

While ISIS and before it, Al-Qaeda, spewed out hate-filled propaganda designed to energize and slightly dement these men and women around the world, the pathfinder for this process has always been the Iranian regime.

Radicalization begins with an idea. From such innocuous beginnings can spring forth great horrors. Nazism in Germany plunged the world into a cataclysmic war. The Iranian regime’s twisted perversion of Islam has created a similar tidal wave of misery around the world.

From its earliest days when the religious clerics took over the leadership of a revolution that meant to topple the Shah’s dictatorship and turned it into a referendum on dictatorial religious power, Iran has been at the epicenter of conflicts not only with the West, but its neighboring Muslim neighbors.

The ruling mullahs have always operated with a fervent belief in the expansion of their control and theocracy; partly to gain material control of funds and assets, but also to build buffer between Iran and the rest of the world.

The mullahs sought to build alliances or simply overthrow governments to create a Shiite sphere of influence in Lebanon, Syria, Afghanistan, Iraq and Yemen; stretching from the Mediterranean to the Indian Ocean.

It has used proxies and terrorist organizations to help fights battles, assassination political rivals, destabilize governments and provide a safe landing zone for Iranian Revolutionary Guard Corps and Quds Force troops to jump in and consolidate its gains.

But for all its successes, Iran now faces a very basic problem: the rest of world now knows the true colors of the Iranian regime.

With each terrorist attack, the world asks a simple question: Why?

The answer is increasingly: Islamic extremism.

The equation is simple to understand; expose potential subjects to an ideology of hate and intolerance and you can turn anyone into a guided weapon.

Iran mullahs have excelled at the practice for decades through their own terrorist proxies and espousing the language of hate. It didn’t matter who the mullahs directed their vitriol at since everyone was fair game.

Death to the Great Satan.

The targets changed, but the message never did.

Now the mullahs are sensing the tide is changing on them around the world and they are trying to do a backstroke upstream.

That was evident when top mullah Ali Khamenei declared that the London terror attacks were a “wake-up call” for Western nations to go after the sources of terrorism.

Rarely has anyone said something so completely correct and so wildly wrong.

“To uproot terror, it is necessary that they (Western states) address the root causes as well as the main financial and ideological sources of extremism and violence, which are clear to everyone,” Qasemi was quoted as saying by Press TV.

Iran denies Western charges of sponsoring terrorism, and it is no coincidence that Khamenei tried to hoist blame on Saudi Arabia since the U.S. under the Trump administration has set its sights squarely on containing Iran and forming a new international coalition.

That opposition began with a renewed military commitment in Syria where U.S. forces actively targeted and engaged Iranian-backed forces for the first time.

U.S. military said on Thursday it had bolstered its “combat power” in southern Syria, warning that it viewed Iran-backed fighters in the area as a threat to nearby coalition troops fighting Islamic State.

The remarks by a Baghdad-based spokesman for the U.S.-led coalition battling Islamic State was the latest sign of tension in the region, where the United States has forces at the base around the Syrian town of Al Tanf supporting local fighters.

“We have increased our presence and our footprint and prepared for any threat that is presented by the pro-regime forces,” said the spokesman, U.S. Army Colonel Ryan Dillon, referring to Iran-backed forces supporting Syrian President Bashar al-Assad.

Trump has begun the laborious process of building a new coalition in halting Iranian expansion.

Most recently, during his trip to Saudi Arabia, Trump called for unity against Tehran and told assembled Arab leaders that, “For decades, Iran has fueled the fires of sectarian conflict and terror.”

Under its new director, former Republican Rep. Mike Pompeo, who was a ardent foe of the Iran deal, the intelligence agency has made moves toward more aggressive spying and covert operations.

And, according to The New York Times, Pompeo has found a skilled leader for his Iran operations: Michael D’Andrea, an experienced intelligence officer known as the “Dark Prince” or “Ayatollah Mike.”

D’Andrea, a Muslim convert, has gotten much of the credit for US efforts to weaken Al Qaeda.

Robert Eatinger, a former CIA lawyer who was involved in the agency’s drone program, told The Times it would not be “the wrong read” to see D’Andrea’s appointment as step toward a more hardline policy on Iran.

The attacks in London are only a symptom of the much larger disease of Islamic extremism fueled by Tehran and it’s time to rein it in.