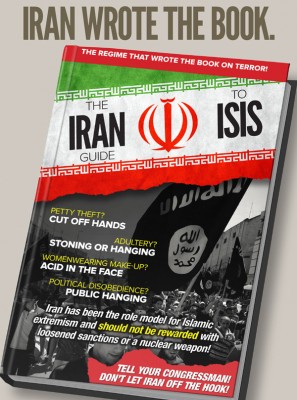 Looking Back at 2015: Iran Regime at Center of Terror

In many ways, 2015 could be labeled the “Year of the Terrorist” because terrorism was the dominant driving news story throughout the world. It began on January 7 in Paris with the Charlie Hebdo attacks and it ended in November with multiple attacks in Paris again.

In between were attacks around the world ranging from the bloody conflict in Syria to seemingly random shootings inspired by Islamic extremism in places such as Chattanooga, Tennessee and San Bernardino, California. Attacks included almost endless assaults in Nigeria with Boko Haram, Yemen with Houthis, and Iraq with ISIS and Shiite militias.

The rise in terrorism and level of brutal violence was punctuated by mass kidnappings, the sexual enslavement of countless women and girls and videotaped executions reflecting the desire of these terrorist groups to maximize the fear and anguish of the civilized world.

If the world thought 2014 was a year of terror with attacks in Sydney, Ottawa and Belgium, 2015 found terrorists willing to push the proverbial envelope in creating hysteria and shedding blood. ISIS reached new heights in barbarism shared with the world with a video showing the burning to death of Jordanian pilot Moaz al-Kassasbeth, who was also a Muslim, in a cage and became enemy number one in the minds of a majority of people around the world.

But February of 2015, a whopping 68 percent of Americans cited ISIS as the number one security threat to America. That number would only grow throughout the year as ISIS executed 21 Egyptian Coptic Christians on the shores of Libya and extremist violence struck in Copenhagen.

But the blueprint for these grotesque public executions did not begin with ISIS, but rather has been a hallmark of the Iranian regime, which relies on public hangings – often with construction cranes substituting for gallows in town squares – and public amputations with power saws to enforce its medieval brand of justice.

Its religiously controlled courts dispense justice at the whims of the mullahs in Tehran and often with no witnesses, no open trials and no evidence. Tens of thousands ordinary Iranians have been sentenced in this manner and over 1,100 have been executed as catalogued by humanitarian and dissident groups such as Amnesty International.

Being a symbol and mass media template for ISIS and other terror groups is not the only contribution of the Iranian regime in 2015. It also provided ample funding of various terrorist and extremist groups including its long-time proxy in Hezbollah and its recent funding of Houthis rebels in Yemen and the virtual takeover of Iraq’s military and the organization of Shiite militias to fight there and in Syria.

It is not an understatement when various analysts, commentators and journalists have all noted how the Iranian regime has become terror central in 2015.

That became more evident in news media investigations in March of a shadowy unit in the Iranian Revolutionary Guards Quds Forces known as Unit 190 which has fueled many of the conflicts and civil wars raging across the Middle East and North Africa.

That commitment to terrorism should be recognized by the world as not an ideological battle between Sunni and Shia as the Iranian regime would have us believe, but rather a straight battle for political power, land and military force between the Iranian regime and the rest of the Islamic world and on a much larger political stage, between what the mullahs in Tehran hope will be a new Shia sphere of influence versus the rest of the world.

Their reliance on proxy terror groups is a well-proven method of exerting influence around the world and not just this past year. One only has to look back at the use of Hezbollah to do the mullahs bidding including:

Now that Hezbollah has provided the bulk of fighters in Syria over the past two years, now aided by mercenary Afghans recruited by the Iranian regime and joined by Quds Force fighters, the regime has made saving Assad in Syria its number one foreign policy initiative next to securing a nuclear deal with the West.

It is because of the potential for real change in Iran coming from ordinary Iranians that we can only hope 2016 will be much different than 2015.