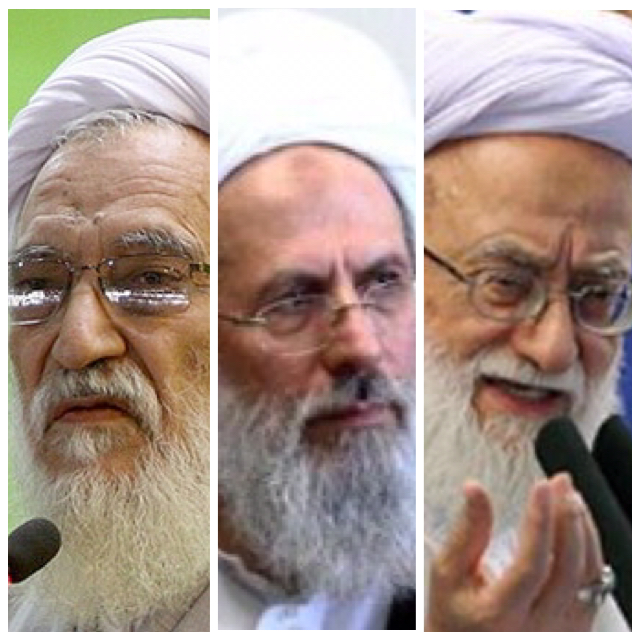 In a short period of time, the Obama administration has boasted of diplomatic rapprochements with Russia, Cuba and now the Iranian regime in a dizzying display of gymnastic statecraft worthy of Olympic gold. In each case, totalitarian regimes that have historically been in the diplomatic doghouse as sponsors of terrorism and human rights violators are now on the receiving end of financial largess and formalized diplomatic relations.

It is an odd reversal that has been made all-the stranger with the rapturous media coverage of the just completed parliamentary elections in Iran in which the assertion has been repeatedly made that “moderates” and “reformists” marched to victory and have set the stage for a dramatic turnaround in the regime’s future.

That is about as likely as Donald Trump mellowing out on the presidential campaign trail.

Many are starting to puncture the balloon of moderation hopes flowing from these elections, such as Victoria Coates, author of “David’s Sling: A History of Democracy in Ten Works of Art” and the senior advisor for foreign policy to Republican presidential candidate Sen. Ted Cruz. Writing in the Washington Times, she said:

“As much as I hate to be a skunk at the garden party, this election was no cause for celebration. The Council of Experts purged any real reformists from the rolls of candidates in January. About half the candidates for parliament were dropped, along with three-quarters for the Council, including all women. What remained were the candidates who are, each and every one of them, acceptable to the Ayatollah Khamenei. It is barely short of delusional, for example, to suggest that the election to the Council of former President Akbar Rafsanjani, who insisted just last July that Israel should be wiped off the map, or current President Hasan Rouhani, who has presided over the most brutal spike in executions in the world during his administration, will result in any sort of meaningful reform to Iran’s foreign or domestic policy.”

“We must not let our natural—and laudable—hopes for liberalization in Iran blind us to what is really happening. Have we already forgotten that just six weeks ago ten American sailors were on their knees with Iranian guns pointed at their heads? This election was nothing more or less than another carefully choreographed and controlled exercise in perpetuating the status quo in Iran, made all the more necessary by the prospect of a high-level transition of power,” Coates adds. “History teaches us the hard lesson that political freedom neither inevitable nor imperishable. But just because democracy isn’t really springing up in Tehran doesn’t mean there is no hope for it.”

Another voice of criticism comes from Iranian human rights lawyer and Nobel Peace Prize winner Shirin Ebadi, who fled Iran and now lives in exile in London, who spoke to Mother Jones magazine on the situation within the regime, especially the vetting process for candidates:

“The people are fed up with corruption and embezzlement. They object to censorship. The first thing that the people of Iran want is free elections. The government of Iran claims that every two years there are elections. But none of them are free. The competence of the people who have been nominated first has to be approved by the Guardian Council. It is a vetting process, and only then can Iranians elect these people. Yet the members of the Guardian Council are not elected by the people. They have been appointed by the leader [Ayatollah Ali Khamenei]. Any person who has the slightest criticism will not be approved. Over 40 percent of the people who have been nominated have not been approved,” she said.

Ebadi also took to task the regime’s policies in Syria and Yemen which have yielded two large proxy wars that have killed thousands and displaced millions of refugees.

“The role of Iran has been very destructive. As an Iranian, I apologize to the civilian people of Syria who have been killed as a result of the useless intervention of Iran in Syria. It was with the aid of government Iran that the Houthis in Yemen were able to capture Sana’a. It is totally unacceptable for a government to interfere in the internal affairs of another government and send aid, money, and weapons, to the people who are against a certain regime in another country,” she said.

Her and Coates’s words were echoed by Ilan Berman, vice president of the American Foreign Policy Council, writing in a column for USA Today.

“The ranks of those ultimately selected to populate the 290 seats of the majles and the 88 seats of the Assembly of Experts are filled with more than a few radicals. They include former Intelligence Ministers Ghorbanali Dorri-Najafabadi and Mohammad Reyshahri, both of whom are widely suspected of perpetrating murders and disappearances during their times in office, and Ali Razini, the chief prosecutor of Iran’s Revolutionary Court, which supervises all political executions in the Islamic Republic. A string of other, lesser known candidates nonetheless have similarly hardline pedigrees,” Berman writes.

“Their inclusion isn’t an accident. It is, rather, an inevitable function of the political horse-trading that took place ahead of the polls, as the various “lists” of candidates scrambled to put together a winning ticket after the mass exclusion of real progressives. As a result, many of Iran’s hardliners have just been given a new lease on political life, albeit under a different ideological moniker,” he adds.

Adam Kredo, writing in the Free Beacon, noted more of the so-called “moderates” elected who are in fact some of the worst violators of human rights in Iran, including:

Kredo noted that other so-called reformist winners also have a history of calling for the destruction of Israel and America and reportedly sponsored attacks on political dissidents; one of whom Kredo quoted from.

Maryam Rajavi, president-elect of the coalition National Council of Resistance of Iran, whose main group is the MEK (PMOI), said that candidates were carefully screened to ensure their allegiance to Khamenei’s hardline camp.

“A glance at the list of candidates presented by the regime’s various factions leaves no doubt that the choice was merely between different factions responsible for suppression, execution, exporting terrorism, warmongering, and plundering the Iranian people’s wealth,” Rajavi said in a statement following the election.