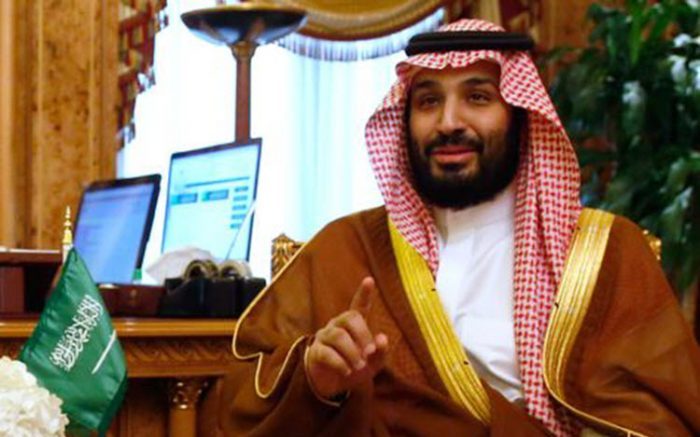 To say that Saudi Arabia and the Iranian regime are at odds is to make one of the bigger understatements of the decade. For the Iranian regime, its adherence to its own particular extremist faith and expansionism, drives it to view any other country in the region with deep suspicion if not outright hostility.

Its relationship with Saudi Arabia has been fraught with peril as the mullahs in Tehran have consistently waged a silent war to destabilize the kingdom in a myriad of ways, including resorting to terror strikes such as the bombing of the Khobar Towers to insurrection in neighboring Yemen through Houthi rebel proxies.

From Saudi Arabia’s perspective, it has been in open—if not yet declared—war with the Iranian regime and for some powerful members of the ruling family, they’ve had enough.

Saudi Arabia’s deputy crown prince closed off the potential for more dialogue with the Iranian regime accusing it of following an “extremist ideology” and seeking to take over the Muslim world, according to the New York Times.

The prince, Mohammed bin Salman, is second in line to the throne and serves as defense minister and said the kingdom would fight Iran’s efforts to extend its influence in the region.

“We are the primary target for the Iranian regime,” Prince Mohammed said in describing efforts by Iran to take control of Islamic holy sites in Saudi Arabia. He vowed Saudi Arabia would not wait for Iran to attack Saudi Arabia, but would instead battle the regime in Iran.

The proxy wars between the two Islamic nations have already been waged on opposite sides in Syria and Yemen with both sides blaming the other for supporting terror and extremist groups.

The war in Syria doesn’t appear to be winding down in any meaningful way as Iran announced it would be providing more troops to fight there on behalf of the Assad regime according to a senior commander in the Revolutionary Guard Corps.

Iran has provided military support to Assad’s forces since at least 2012, but initially did not comment publicly on its role. But as the military support increased and Iranian casualties also rose, officials began to speak more openly.

“The advisory help isn’t only in the field of planning but also on techniques and tactics,” the Fars news agency quoted Mohammad Pakpour, head of the Revolutionary Guard ground forces, as saying. “And because of this the forces have to be present on the battlefield.”

An Iranian official said late last year that more than 1,000 Iranians had been killed in the Syrian civil war. These include a handful of senior commanders of the Revolutionary Guards, according to Iranian media reports.

Iran has helped to train and organize thousands of Shi’ite militia fighters from Iraq, Afghanistan and Pakistan in the Syrian conflict. Fighters from Lebanon’s Hezbollah are also working closely with Iranian military commanders in Syria, according to Reuters.

While the conflict continues to grind on in Syria, the prospect of stopping Iran’s expansion in Yemen might provide the leverage necessary to roll back the regime as outlined in an editorial by Gerald Feierstein, former U.S. ambassador to Yemen, in Defense One.

Feierstein pointed out differences in how to confront Iran between Saudi Arabia and its partner Gulf states may be easing as Yemen has proving to be common ground for agreement.

“Yemen may be the key to solving the GCC’s Iran problem. After last year’s Kuwait round of Yemeni negotiations ended in stalemate, the Saudi-led coalition determined that only a shift in the military balance would bring the Houthis and their allies, loyalists of former President Ali Abdullah Saleh, back to the negotiating table. A strategy was derived to push the Houthis off the Red Sea coast — the Yemeni terminus of the arms-smuggling route that begins in Iran — and seize the vital port of Hodeidah,” he said.

Return of the port to government or even UN control would be a big step towards thwarting Iran in Yemen and eventually turn the tide in its struggle against Saudi Arabia.

The hammer could be a Trump administration review of Iranian policy that could mark a significant shift back towards valuing human rights improvements within Iran as a condition of future economic sanctions relief.

Amir Basiri, a contributor to the Washington Examiner’s Beltway Confidential blog and an Iranian human rights activist, touted the potential of this shift in a column.

While Iran does pose a major military threat, through supporting what has been described by Trump as “radical Islamist terrorism,” Tehran’s ongoing human rights abuses should finally receive the long overdue attention they deserve. In fact, U.S. interests can be advanced through a robust challenging of Iran’s domestic dissent crackdown. U.S. strategy seeking to confront Iran would receive a correct boost through combating Tehran’s authoritarian dogma, Basiri said.

“Parallel to such policy overhauls, the U.S. should stand alongside the Iranian people and their organized resistance, represented for decades by the National Council of Resistance of Iran, the umbrella group of different organizations and individuals led by Maryam Rajavi, advocating regime change and peaceful transition to democracy,” he said.

“Increasing sanctions on Iranian regime elements involved in human rights violations is another aspect that would complete the canvas of Trump’s policy vis a vis Iran. Such measures would also send messages to the international community regarding the dangers in seeking short-term economic interests at the cost of the Iranian people’s long and ongoing misery,” he added.

By realigning U.S. interests to valuing human rights, we could also effectively sideline the Iran lobby which has been loath to discuss Iran’s human rights record knowing it to be dismal.