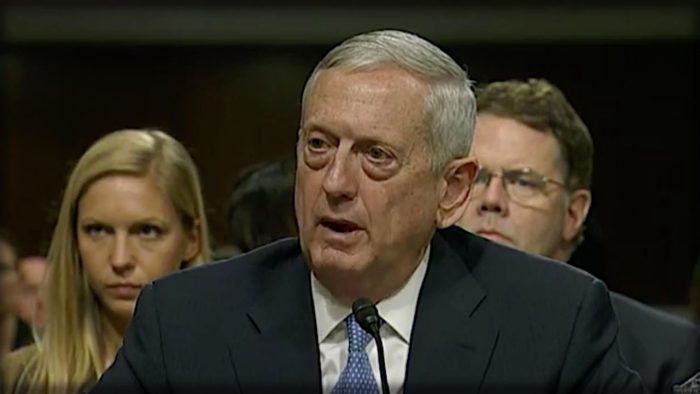 Momentum Builds for Trump to Reach Out to Iranian Opposition

A letter signed by 23 former officeholders calls on president-elect Donald Trump to consult with the Paris-based National Council of Resistance of Iran (NCRI), an umbrella organization representing several Iranian dissident and opposition groups. The group has called for free elections and freedom of religion in Iran, as well as an end to what it calls Tehran’s “religious dictatorship.”

According to Fox News, while the Iranian regime called the group terrorists, the NCRI’s network of supporters in Iran helped expose Iran’s nascent nuclear weapons program by revealing secret sites that had escaped detection from Western intelligence agencies.

“Iran’s rulers have directly targeted US strategic interests, policies and principles, and those of our allies and friends in the Middle East,” the letter reads, in part. “To restore American influence and credibility in the world, the United States needs a revised policy.”

Organized opposition to the mullahs in Tehran has always been thorn in the side of the religious theocracy holding power in Iran and the regime has spent considerable resources in targeting, attacking and defaming these dissidents.

Until recently, the Iranian regime used Iraqi intelligence forces to mount attacks on unarmed members of various dissident groups at refugee camps located in Iraq leading to scores killed over the years until the refugees were finally moved to countries granting them asylum and refugee status.

Even membership or affiliation with any of these groups is punishable with imprisonment and even execution, a policy stretching back to an infamous massacre in 1988 in which the Iranian regime’s leadership ordered the mass executions of thousands of dissidents.

Ironically, many of the current leaders of the Iranian regime, including Hassan Rouhani and the recently deceased Hashem Rafsanjani, participated in the conducting the arrests, imprisonments and trials of these dissidents.

The prospect of the Iranian dissident movement having a seat at the table in Washington, DC with a Trump administration is driving the mullahs into an apoplectic state; one evidenced by the mobilization of the Iran lobby to attack members of Trump’s cabinet who may be perceived to be receptive to these opposition groups.

In Democracy Now, which aggressively supported the Iran nuclear deal, the blog characterized retired Gen. James Mattis’ confirmation hearings as being less about policy and more about a discussion of his personal wealth and the promise to preserve the military-industrial complex.

“It is interesting that this is among the many other issues that wasn’t really discussed during the hearing, that could have been discussed instead of the pork-barrel projects that you were talking about. And, you know, he could have been asked about these apparent conflicts of interest that might have developed as a result of his consulting work, and how he might deal with them,” said Aaron Glantz, a senior reporter at Reveal from The Center for Investigative Reporting.

Meanwhile, Iran lobby leader, Trita Parsi of the National Iranian American Council, took to doing more interviews, this time claiming that Mattis had promised to enforce the Iran nuclear deal in spite of Trump’s long criticism of it on the campaign trail, even though Mattis’ testimony was clearly not an endorsement of the deal.

The status of the nuclear deal is proving to be an important topic for the mullahs as they seek to position any break in it as the fault of the U.S. Iran’s deputy foreign minister says the nuclear deal between the Iranian regime and world powers “will not be renegotiated” ahead of U.S. President-elect Donald Trump taking office this week.

In a press conference Sunday marking the one-year anniversary of the agreement’s implementation, Abbas Araghchi told reporters that “the new U.S. administration cannot abandon the deal.”

Araghchi repeated an earlier warning by Iran’s Supreme Leader Ayatollah Ali Khamenei, who publicly stated, “If they tear it up, we will burn it,” without elaborating.

“There will be no renegotiation and the (agreement) will not be reopened,” said Araqchi, Iran’s top nuclear negotiator at the talks that led to the agreement in 2015, quoted by the state news agency IRNA.

“We and many analysts believe that the (agreement) is consolidated. The new U.S. administration will not be able to abandon it,” Araqchi told a news conference in Tehran, held a year after the deal took effect.

The potential for the Trump administration to scrap or renegotiate the nuclear deal, tied with the possibility of the incoming administration to build a rapport with Iranian dissident groups may prove to be a volatile mix of problems for the mullahs.

We can only hope that Trump extends to these Iranian dissidents the opportunity to talk and listen to their stories of the horror suffered by them and their loved ones at the hands of the mullahs and why ultimately any agreement with Iran must be based not on faith, but cold hard, verifiable facts.