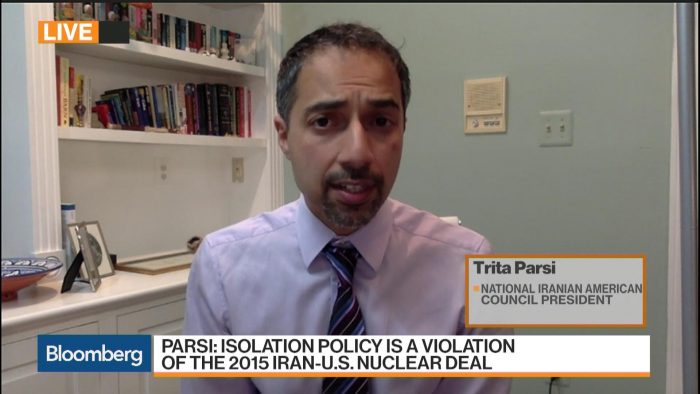 Iran’s recent launch of a rocket carrying a satellite into space served more as a test for the regime’s accelerating ballistic missile program in terms of lofting heavier payloads over greater distances.

In many ways, the Iranian regime’s missile program has mirrored the development of the North Korean program which now threatens the continental U.S. with its own launch of a ballistic missile last Friday.

Intelligence agencies have long believed that Iran’s missile program was kickstarted by a technology licensing agreement between the two rogue regimes, but Iran’s larger industrial capacity and ample financial resources due to illicit sales of its embargoed oil supplies over the years have enabled Iran to leapfrog the pace of development by North Korea.

It also explains why the mullahs were so intent on ensuring that the nuclear deal had no explicit restrictions on their missile program; an omission by the Obama administration in the false hope of fanning the flames of moderation.

All of which means a mess has been left to the Trump administration to sift through and it has done so with an admirable degree of incremental steps designed to slowly isolate the regime and target the most problematic parts of the regime’s terror industry.

For every provocation by the Iranian regime, the Trump administration has responded in direct proportion to send an unmistakable message to the Tehran.

A joint statement on Friday from the United States, France, Germany and Britain said Iran’s launch was inconsistent with a U.N. Security Council resolution calling on Iran not to conduct such tests.

The U.S. Treasury’s Office of Foreign Assets Control imposed new sanctions on six Iranian firms owned or controlled by the Shahid Hemmat Industrial Group. The move enables the U.S. government to block any company property under its jurisdiction and prevents U.S. citizens from doing business with the firms, according to Reuters.

“These sanctions … underscore the United States’ deep concerns with Iran’s continued development and testing of ballistic missiles and other provocative behavior,” Treasury Secretary Steve Mnuchin said in a statement.

“The U.S. government will continue to aggressively counter Iran’s ballistic missile-related activity, whether it be a provocative space launch … or likely support to Yemeni Houthi missile attacks on Saudi Arabia such as occurred this past weekend,” Mnuchin said.

The move comes on the heels of the Congress passing by overwhelming majorities legislation to impose new sanctions on Iran, North Korea and Russia, as well as sanctions imposed last July 18 directed at 18 people and entities for supporting Iran’s missile program or—more importantly—the Revolutionary Guard Corps which directly supports terrorism.

The moves from the Trump administration are slowly rolling back all the moves made by the Obama administration, but smartly are being done in a manner not to give the Iranian regime an excuse to claim the U.S. is violating the nuclear deal.

That of course has not stopped Iran lobby members such as Trita Parsi of the National Iranian American Council from claiming that the U.S. was indeed trying to wreck the deal.

Parsi took to Lobelog, another well-worn Iran lobby booster blog, to bray away that President Trump was actively seeking a war with Iran in another pathetic attempt at trying to drum up war fears.

“The American public knows the Iraq playbook quite well. Trump’s own supporters remain enraged by the disastrous war with Iraq. They know how they got played. It’s difficult to imagine why they would allow themselves to get played again by a president who has left little doubt about his intent to deceive,” Parsi said.

Parsi tries to press home the point that President Trump is some crazed warmonger, but even he admits that his presidential campaign was propelled in part by America’s dissatisfaction with the war in Iraq and the pretext for it.

Parsi cannot have both sides of the argument. He either must believe the president is actively seeking a war with Iran and is thumbing his nose at the very voters who put him in office, or Parsi must acknowledge the truth; which is that President Trump isn’t seeking a war, but is repairing the damage done by the Obama administration in enabling the mullahs in Tehran to act with impunity.

The president certainly doesn’t want a war, but he must correct the course set by the previous administration by attempting to restrain the Iranian regime, begin the laborious process of rebuilding the international coalition against the regime, cut off the flow of money funding its missile program and either hold the regime strictly accountable to the nuclear deal or force a better deal to be crafted.

In essence, President Trump is trying to get a do-over from the fumble made by the Obama administration and reset the terms of engaging with Iran to place issues such as ballistic missiles, human rights and terrorism back at the top of the agenda where they belonged in the first place.

It is an argument that has been made for years now by the Iranian opposition movement which warned that Iran would take advantage of the nuclear deal to rebuild its armed forces and fund its proxy war efforts rather than invest it back into the economy for the benefit of the Iranian people.

In hindsight, opposition leaders such as Mrs. Maryam Rajavi of the National Council of Resistance of Iran look almost prescient now in light of how the regime has acted in the two years since the deal was crafted.

For the regime, it must seem like they are trying to hold off the inevitable with the ever-rising tide of sanctions now being imposed almost daily.

This ultimately gives the Trump administration significant leverage to force back an expansionist Iran; leverage that the Obama administration never sought to use much to the dismay of the peoples of Syria, Yemen, Iraq and Afghanistan.